Avalanches: There were two notable avalanche events from the last 24 hours. A pair of deep and wide propagating avalanches, above treeline, on an E-SE facing ridge of Treasury Mountain. Call it a couple of D3’s. The other avalanche in the last 24hr was a soft slab avalanche, NE facing terrain, above treeline, off scarps ridge, D2. These avalanches probably release yesterday evening during the period of increased winds.

Otherwise, there are loads of D2-D3 avalanches. The noticeable ones would have all released roughly between 2/12 and 2/14. We’ll just round it to Saturday 2/13 and lump them into last weekend’s natural avalanche cycle. These were all persistent slab avalanches releasing deeply into the snowpack and some propagating very wide across terrain features.

Of other particular note was all the avalanche activity on the west and southwest side of Anthracite Mesa. Some of those avalanches have been previously reported. In summary, there are about 5 D2’s and a few other D1.5’s on NTL type terrain.

Unfortunately by the time we got to a good vantage point flat light was setting in. So many crowns are hard to see in photos.

Snowpack: Didn’t find the same recent snow totals out the slate and on the flanks of Baldy, that were recently reported from Irwin. Around 4″ of new snow on a soft crust was common in that area. While the overall feel was much deeper given the lovely consistent snowfall we’ve seen lately. We observed one good collapse, but it didn’t produce any cracking on steeper nearby slopes. Otherwise, we were traveling on a constantly deep snowpack greater than 150cm’s and didn’t notice any signs of instability. 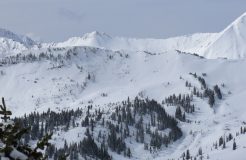 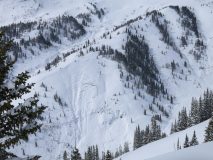 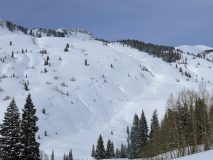 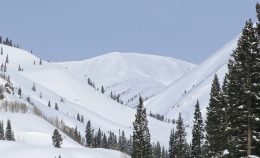 2 fresh avalanches on a SE to E ridge of Treasury Mountain. These avalanches are much deeper than they look in this photo and much wider than this view allows. Each in the D3 category. 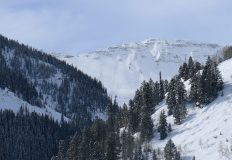 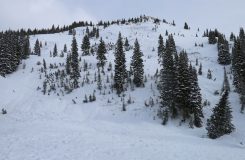 One of the avalanches on the westerly side of Anthracite Mesa 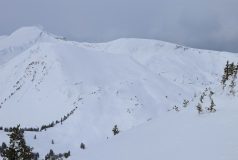 Poor light. Crown lines on the south side of Cinnamon with the resulting avalanche making it to the Slate River, Crowns low on the easterly face, and the wide propagating crowns on the ridge of Treasure in the background. 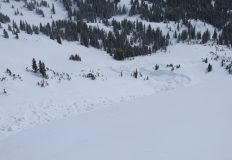 The toe of the avalanche debris that were previously reported on the SE to S bowl of Mt Baldy. 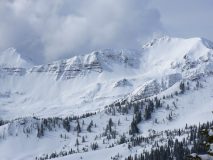 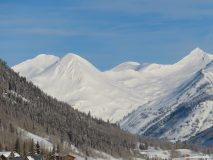 Several wide Crowns from Purple on over to Augusta. 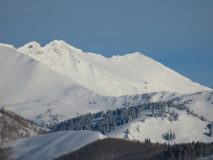