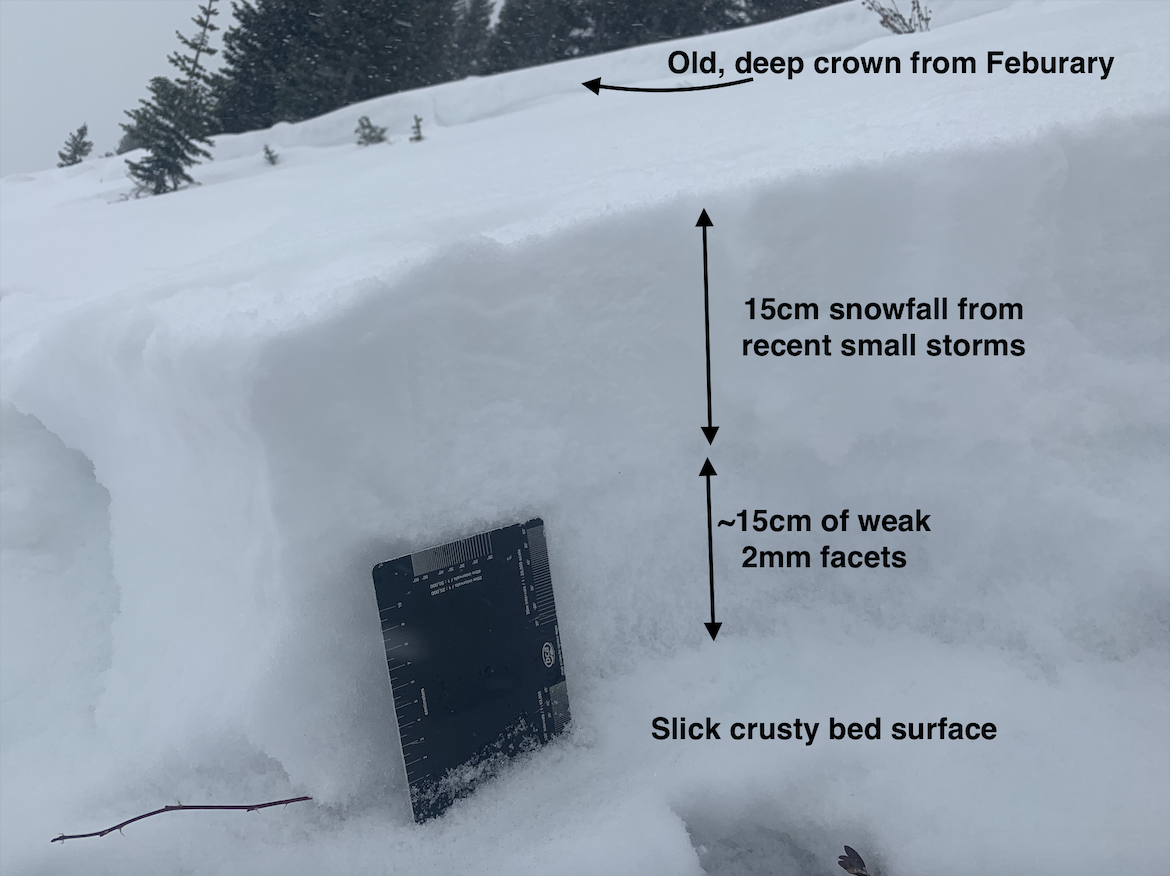 An update on our persistent slab problems.  March 16, 2021. By Zach Guy, Lead Forecaster

You will notice in our forecasts a change in travel advice, size, and likelihood of the persistent slab problem –  a problem that has been on the bulletin all winter.  We have several persistent weak layers in the snowpack, and we are restructuring how to present them as avalanche problems as we move forward this week. As much as we’d like our problems to fit into a nice, clean box, often the snowpack blends problems and blurs the lines.  Our goal is always to make clear and simple travel advice using avalanche problems as a foundation.  For that reason, here are the changes you can expect as our snowpack evolves. 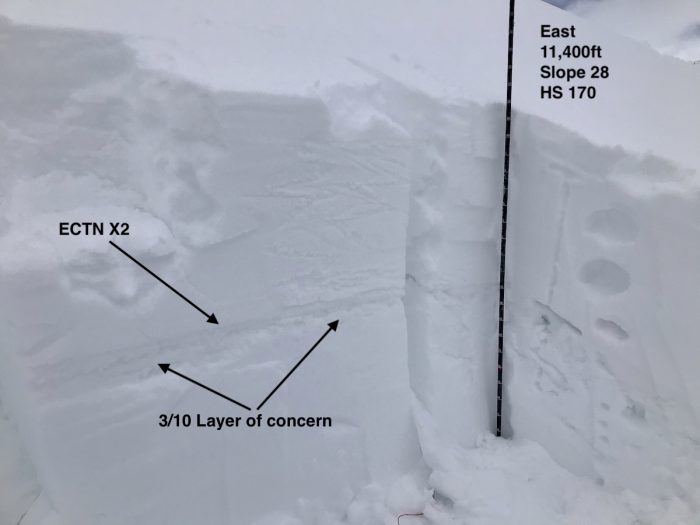 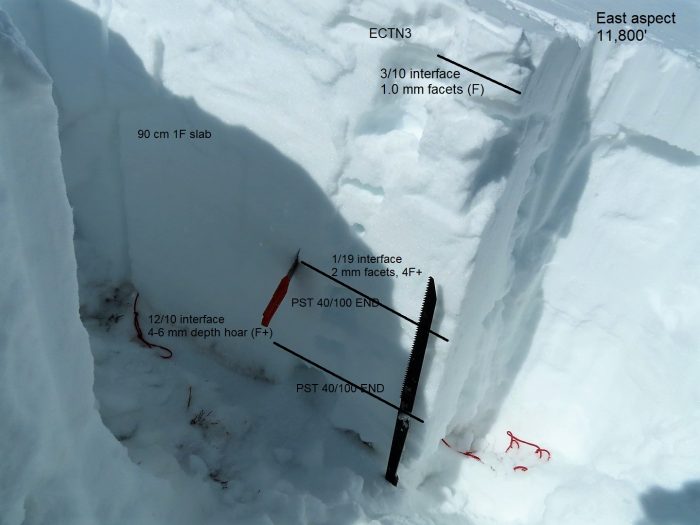