This was a soft slab avalanche failing near the ground on a persistent weak layer of faceted grains. The avalanche size was large enough to bury a person. The avalanche ran for about 400ft of elevation loss and was about 100ft wide before gaining additional width as the avalanche moved down hill. The crown hight is estimated to be around 2.5ft, or 80cm. A snow profile at 9,800ft is in the picture below. In a brief summary there was 10 to 12″ of very soft new snow, over a 4F slab, sitting above the weak faceted grains below. Slope angles for this area are shown on CalTopo with slope shading in the 35-45 degree band, and further estimated to be at the lower half of that scale. 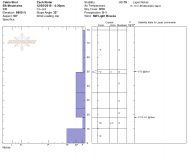 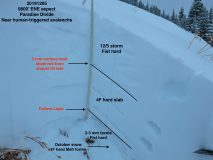 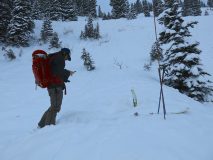 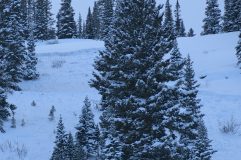 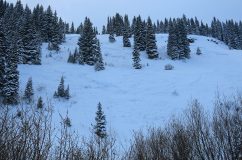 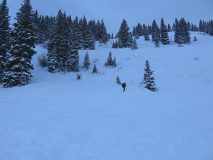