Avalanches: Many large and widely propagating avalanches were observed during a brief clearing that allowed views of Mt. Emmons, Gothic, Belleview, Schuylkill and Redwell. Leeward aspects in this “transition zone” from our SE mountains to our NW mountains finally tipped with the most recent round of snow and wind. A few of these avalanches propagated entire paths as well as connecting multiple paths at a time. Impressive slides!
Weather: Blustery NW flow, 5″ HST in town. Snow and wind gave way to some clear skies around and just west of town allowing for views into the nearby alpine. 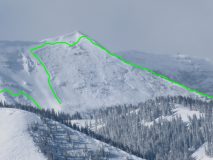 Mt Emmons, E/NE ATL. The larger slide on the right propagated out of the photo. 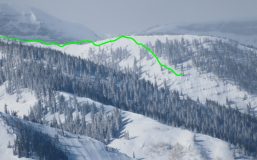 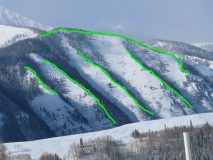 Climax Chutes, E/NE BTL. Entire paths ran and connected as most of this area slid with debris hitting valley bottom 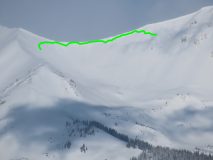 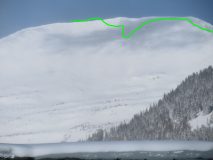 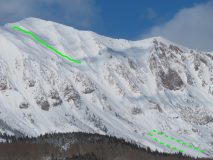 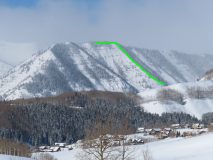 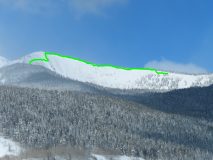 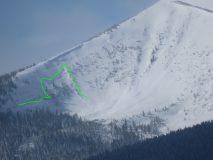 Coon Basin with a second deeper avalanche on the more northerly aspects with part of the larger slide visible on the right.