Snowpack: Snowpack Description: Went looking at northwest-facing terrain to see if it will be problematic with the next storm. Found many alpine northwest facing slopes wind-scoured back to rock. But near and below treeline I found a layer of weak faceted snow near the ground, similar to what’s present on north and northeast facing terrain. The biggest difference is that on some slopes there’s also a thin melt-freeze crust above the faceted snow that’s worth keeping an eye on as slabs develop this winter. The snowpack on east to south to west facing terrain remains dense, rounded, and supportive to a skier’s weight. 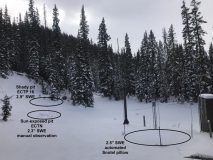 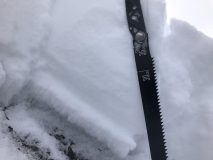 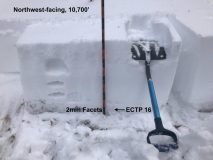 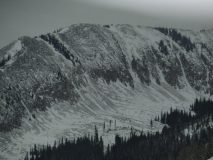 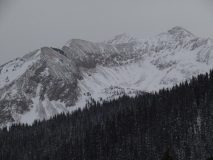 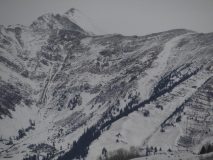