Watched 4 skiers ski the bowl from my house via a telescope around 12:30 PM. It appears they didn’t encounter any stability issues.

Then watched a lone skier top out at 3:20 PM. He traversed another 50 or so yards east along the summit ridge past the entry point of the 4 earlier skiers, and then dropped in. He had made 10 or so turns, and then it happened; a majority of the bowl ripped out above him, almost edge to edge. Luckily at this point he had skied skier’s right of his drop in point, and had re-joined the 4 tracks from earlier.

It appeared he was ‘slightly’ caught in some sluff before skiing down to a narrow island of the slope that didn’t slide (that spot is very visible). He stopped in the middle of all the chaos as the slide ran on both sides of him, far down the slope where it eventually reconnected as it continued down the bowl.

***CBAC Note*** We are all very grateful that the swath of snow in the middle of the bowl did not slide in this incident. We want to dispell any beliefs that this commonly skied portion of the bowl is a “safety island”.   Last December, a similar type of avalanche broke across the whole bowl.  See photos below.
Weather:
Snowpack: 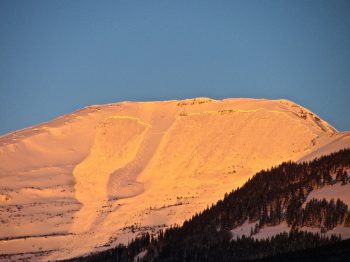 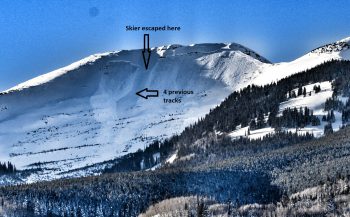 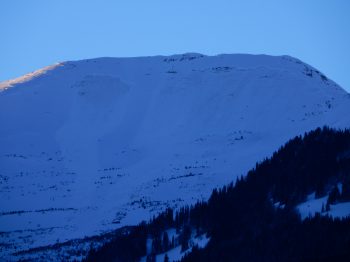 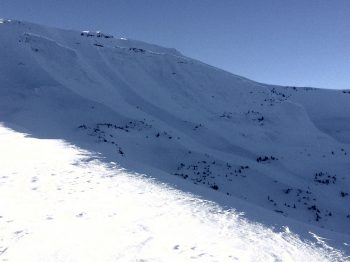 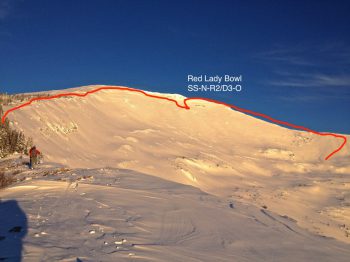