Weather: Cold and clear. Calm winds for most of the day. at 12,000ft light winds were just saltating snow across the ridge.
Snowpack: No current concerns found. No obvious signs to instability observed in steep terrain.

Dug on wind-loaded southeast above treeing at about 11,800ft. See picture. Plenty of weak layers but not enough slab for concern in this area. Descending on the same aspect to near treeline, the HS decreased and any concern for a slab avalanche also further decreased.

Moved to NE for the remainder of the decent starting at about 11,300ft. A couple of hand pits and probing confirmed the same structure that was previously observed in steep terrain on Schuylkill in the Paradise Divide area. Again, plenty of weak layers but no propagating slabs found. 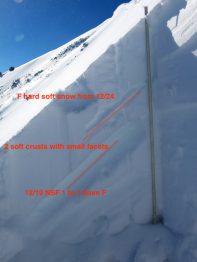 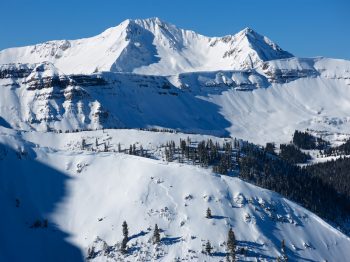