Two unobserved avalanches. one small slab in Axtel 2nd bowl apron, and another on drifted east facing ridge below treeline near Bracken Creek on north side of Anthracite Range.

Weather: Clear skies with moderate to strong gusts near and above treeline. Plumes and light loading from southerly winds periodically from highest terrain.

Snowpack: Took a tour out the Kebler Pass area looking at snow volumes on west-facing terrain to identify how much snow from the last storm stuck around from the prolonged SW winds earlier in the week. Found the most west facing upper elevation slopes were blown out and hammered by the wind. Very little evidence of avalanche activity on westerly slopes – may have been a few small slides but crowns were buffed over and debris was covered over. Suspected crowns were likely from the loading period in the second half of January, not the recent February storm. 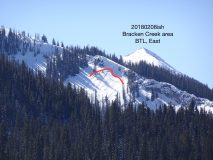 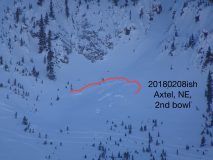 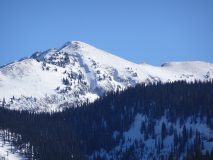 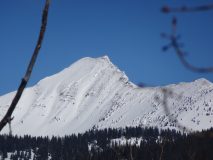 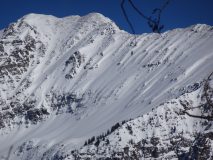 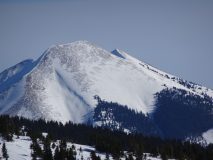 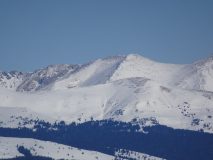 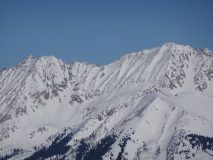