Avalanches: Evidence that nearly all of Mt. Axtell flushed during the recent avalanche cycle. Photos to come. Most crowns are faintly visible now, obscured by winds/snow, but very large (D3, broken trees) debris piles in the valley bottoms of 6th Bowl, 5th Bowl (Green Lake Cirque), 4th Bowl, and 3rd Bowl. Crowns evident in 1st and 2nd Bowl but debris piles didn’t hit valley floor. The crown in 6th bowl was still visible and wrapped all the way around from the north facing side of the bowl to the south facing side of the bowl. Large crowns still visible on Carbon Peak (northerly aspects N/BTL), in the Anthracites (E aspects A/NTL), and on the South side of Axtell (SE, and E aspects N/BTL).
Weather: Very cold temps (multiple puffys) warmed to T-shirt skinning weather in the afternoon on sunny aspects. Clear skies, light SW winds.
Snowpack: Spent the whole day breaking trail in previously untracked terrain, on steep, densely gladed north aspects and open, low angle southerly aspects at all elevations. Noticeably fewer collapses than previous days, but we still got 4 or 5 large ones, initiated by jumping on the snowpack. Scariest snowpack structure was observed on a SW aspect above treeline, where there was a hard wind crust capping a very weak facet layer under our recent slab (~2 feet thick); this seemed to be inhibiting settlement and strengthening of the layer, and we got one large collapse initiated without jumping. On less wind-affected slopes, the slab and weak layer interface was still soft enough that we could impact the weak layer by jumping, but just not seeing the same widespread zip in the snowpack.
Reverse cornices from recent NE winds, and shallow, stiff windslabs with cracking on SW aspects near treeline. Top few inches of snow surface became moist on southerly aspects today.
We descended a steep NE bowl near/above treeline that had avalanched during the cycle. Snowpack structure was about a foot of low density snow over dirt or crusty bedsurface. No signs of instability but plenty of rocks to ding. 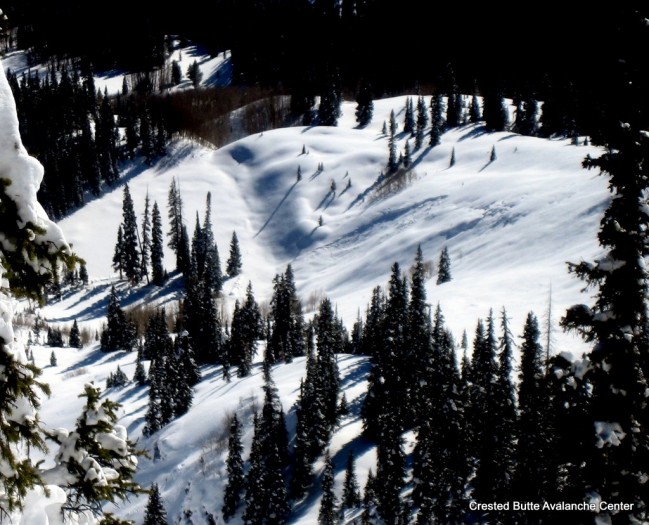 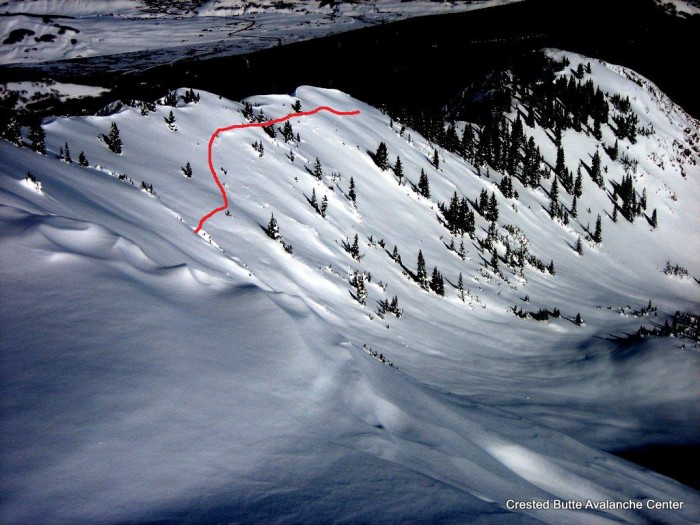 6th Bowl on Axtell. SE to S aspect shown, crown wrapped below the photo to N aspects as well 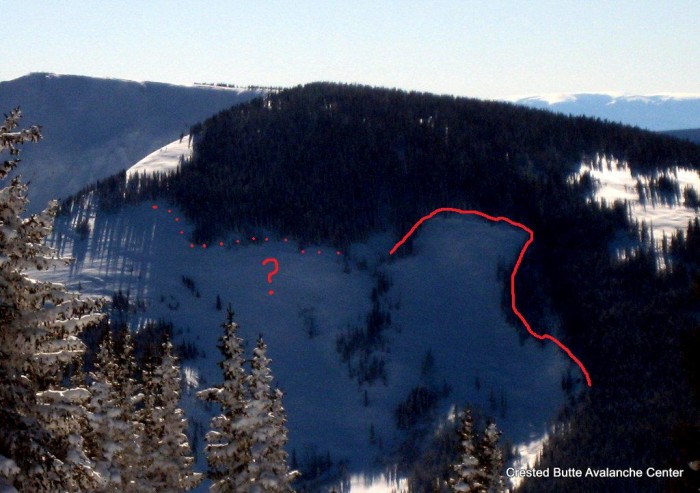 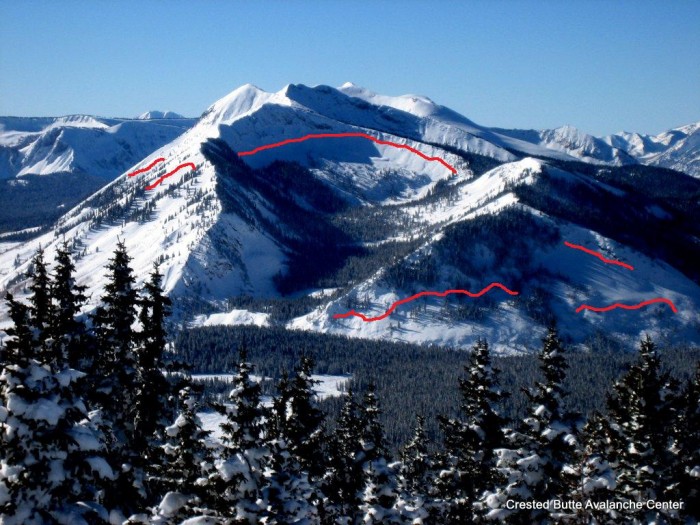 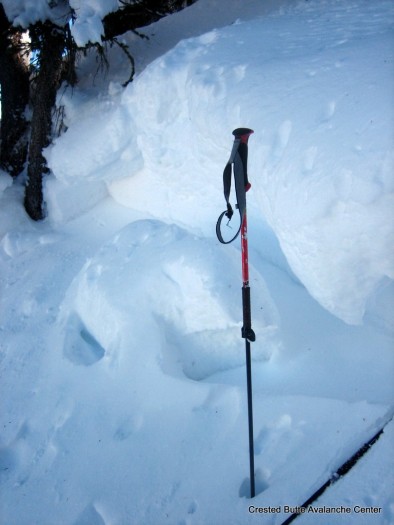 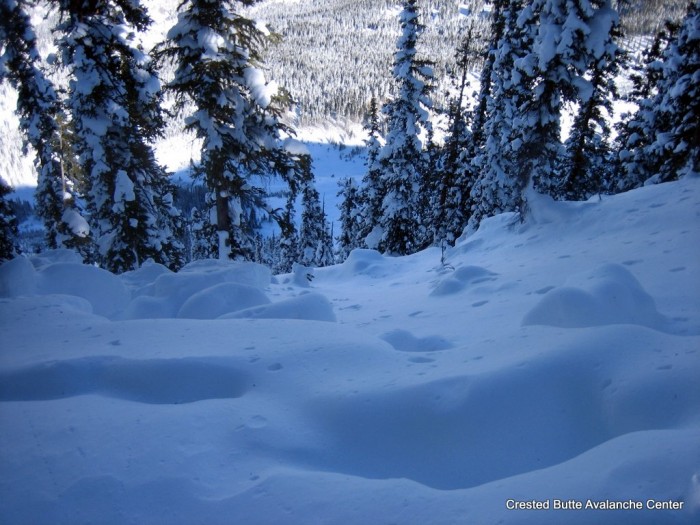