Avalanches: Lots of avalanche activity up-valley from Crested Butte. Kebler Pass, Ruby Range, and the main Elk Mountains all went through a cycle of mostly D2 avalanches. East to southeast near and below treeline had the most number of avalanches. Many of these avalanches near and below treeline broke broadly, and generally deeper in the snowpack, failing on buried persistent weak layers. Some of these released as late in the day as 3:30pm on east-facing terrain. Above treeline many slides released in the storm snow earlier in the loading event (January 30) on north through northeast to east-facing slopes. These had softer, lightly filled in crowns and were mostly small relative to the paths though some were D2’s in destructive size. 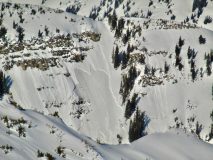 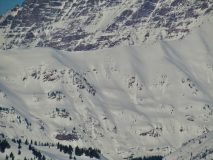 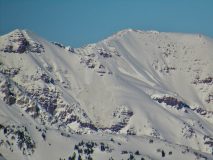 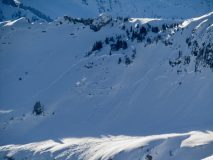 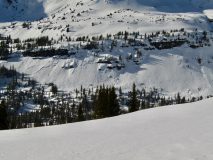 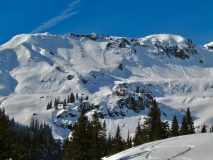 Broad avalanching on easterly-facing slopes near treeline, beneath the Kebler Pass dyke. January 31, 2021 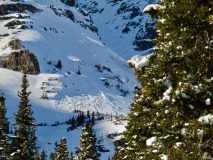 These two east-facing slopes avalanched between 3-3:45pm on January 31st. The distant southerly slope looks to have avalanched a day prior. Photo January 31, 2021 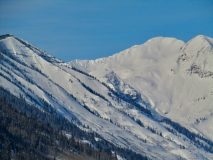 A broad Persistent Slab avalanche on an east-southeast-facing slope near treeline. This ran on January 31st, 2021. 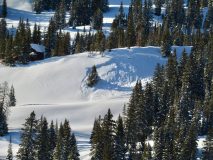 A day-old avalanche on a northeast-facing slope below treeline near Lake Irwin. January 31, 2021.