Avalanches: A skier triggered collapse at ridgeline initiated a small slab avalanche on a northeast facing slope near treeline. The slab was about 14″ thick, and failed on the 3/6 facet layer. SS-AS-R1-D1-O. This slope failed nearly full-width last storm on the same layer (see the last photo in this ob), and we basically just cleaned out a piece of hangfire with today’s slide. Otherwise, I would have expected a more impressive avalanche in terms of size and propagation.
Weather: Broken to overcast skies. No precip to S-1. Cool temps. Strong, northwest winds, with brief periods of light to moderate transport.
Snowpack: See video. ~3″ of dense new snow in wind-sheltered BTL slopes, heavily redistributed by westerly winds at all elevations. 6″ drifts below treeline, and up to 18″ 4F drifts near treeline. Largest drifts below ridgelines and patches of scoured and pockets of loaded further down slope. On drifted terrain features, we skier triggered shooting cracks on the crusty storm interface on various aspects/elevations. See photos. On a windloaded feature on a north aspect NTL, we got repeatable moderate ECTP results on the dusty 3/6 facet layer (fist hard, 1-1.5 mm facets), about 18″ deep. The slab appeared to be the most variable component of this north-facing persistent slab distribution; scoured away by winds in some places, loaded in others. We got 2 moderate collapses on this layer on low angle, northerly slopes near treeline, and got shooting cracks below treeline on this layer on north facing wind drifted pockets, ~6″ deep. 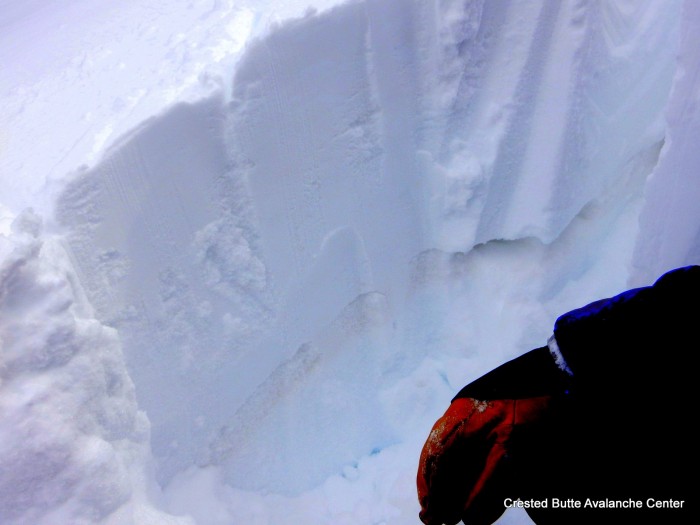 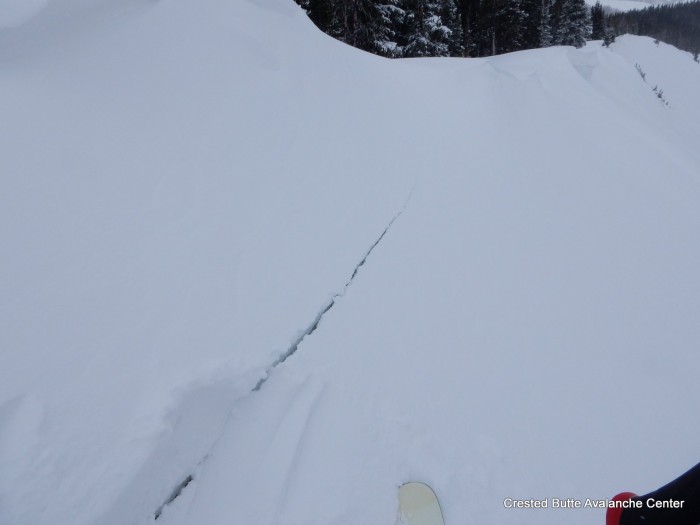 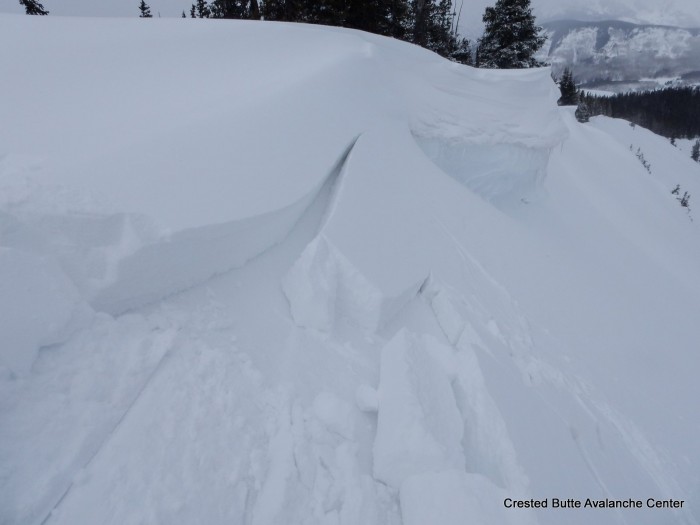 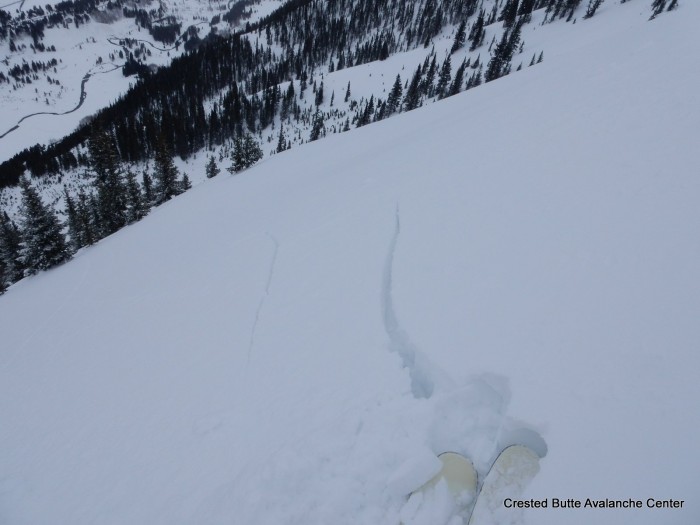 Collapsing and shooting cracks on a north aspect NTL, on the 3/6 facet layer. 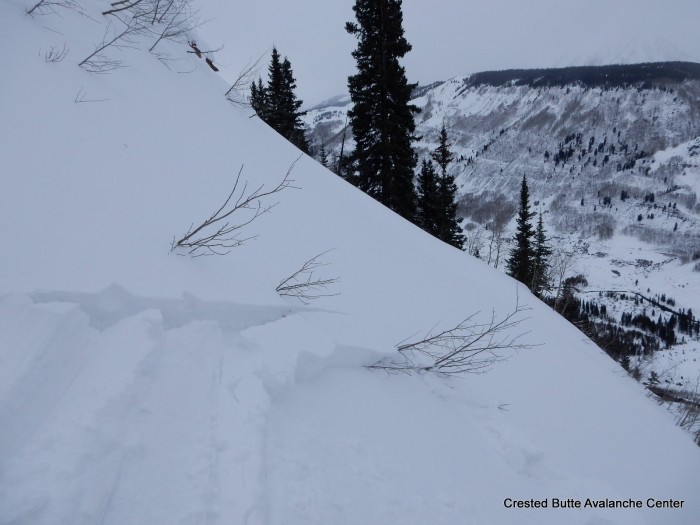