Our normal website products will be displayed soon and we'll be back to normal for the rest of the season. Until then, here is today's forecast text.

Backcountry skiers and riders have triggered several small avalanches recently. Such as this avalanche or this one in the Kebler Pass Area.  The theme of recent avalanches has been a very soft slab of snow, sliding on old weak snow that lingered around since October. That potentially old weak October snow had to hide from the sun during the November dry spell. So think of hiding spots in shaded terrain features or northerly to easterly facing slopes. This observation highlights where October snow was lingering.

The other ingredient necessary for our Persistent Slab Avalanche Problem is having enough snow on the ground to form a slab over that weaker snow below. At below treeline elevations, you’ll most likely have to head west of Crested Butte to the Kebler Pass and Paradise Divide Areas to find a deep enough snowpack. At these lower elevations, the avalanche size is small, but if you triggered and were caught in an avalanche it could cause injury. At higher elevations, this avalanche problem will gain better distribution and the potential avalanche size will also grow on slopes that received additional wind-loading from recent westerly winds.

Well, it's currently an interesting game of finding a deep enough snowpack to ski or ride on, but not also getting caught up in an avalanche that could strain you through all the exposed ground clutter. Grassy slopes are probably key, or higher elevation slopes with more of a fine gravel base. You could avoid the avalanche problem by traveling on slopes that didn’t hold the October Snow, such as lower elevations slopes or southerly facing slopes. That would be nice, but it will be difficult to find a deep enough snowpack in these areas. So maybe you do ride slopes that have the current Persistent Slab Avalanche Problem, but you use the terrain to help manage the avalanche problem. So slopes in the lower 30-degree range may be a good bet. Or if you are riding steeper slopes, do so on smaller terrain features and areas that you will not get strained through the ground clutter if you did get caught.

Later this week the snow is forecasted to start stacking up again as the next storm moves in. As we start adding snow, this avalanche problem will become more difficult to manage and more dangerous. So, traveling on lower angled terrain or slopes that didn’t hold the October Snow may become key. We tried to highlight that idea in this video.

Stay tuned later this week as we expect the avalanche danger to rise. Otherwise, I hope you find a nice grassy slope and make some wiggles! 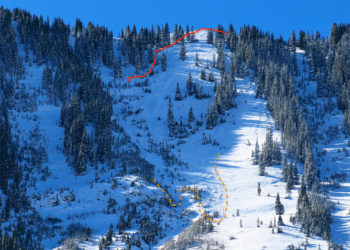 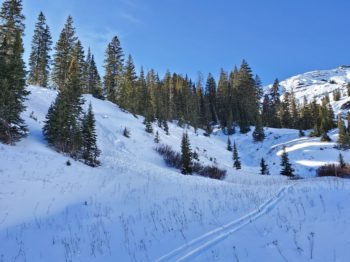 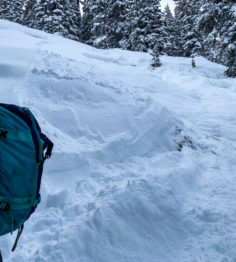 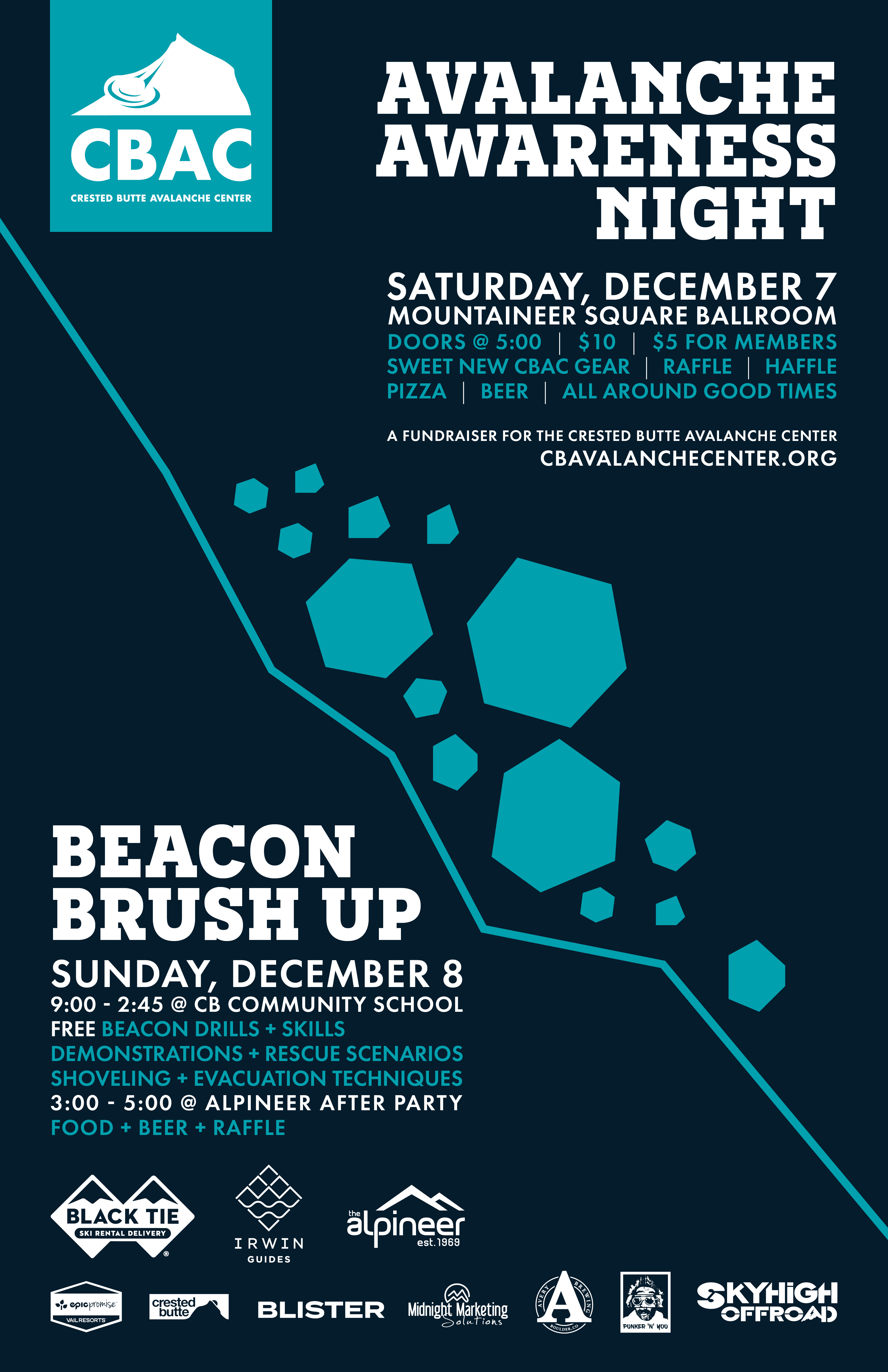