Observed avalanche activity: Yes
Avalanches: I intentionally pushed loose snow down several short but steep east-facing slopes. Small size avalanches that entrained down about 8 inches.
Weather: Increasing cloud cover throughout the morning and overcast with very light snowfall starting at 2pm. Calm winds in this low elevation terrain.
Snowpack: I wanted to see how the faceting process has impacted the shallowest snowpack in the CBAC forecast area. East slopes below treeline have around 8 inches of cohesionless surface facets (1-2mm). Once you transition to the sunny side of east surface crusts start to appear. The midpack remains supportive to boots but shows clear signs of faceting. The snow near the ground remains distinctly weaker than the slab above, but CT and ECT produced no results.

A southeasterly feature had a 4cm melt/freeze crust that was pencil hard above weak, well-developed facets with ice columns present in the facets. Supportive, but faceting snow was found at the bottom of the snowpack. The crust looks capable of holding a small to moderate load, but a large loading event could collapse this structure. Slopes very near due south were a mix of melt forms to the ground or starting to melt out. 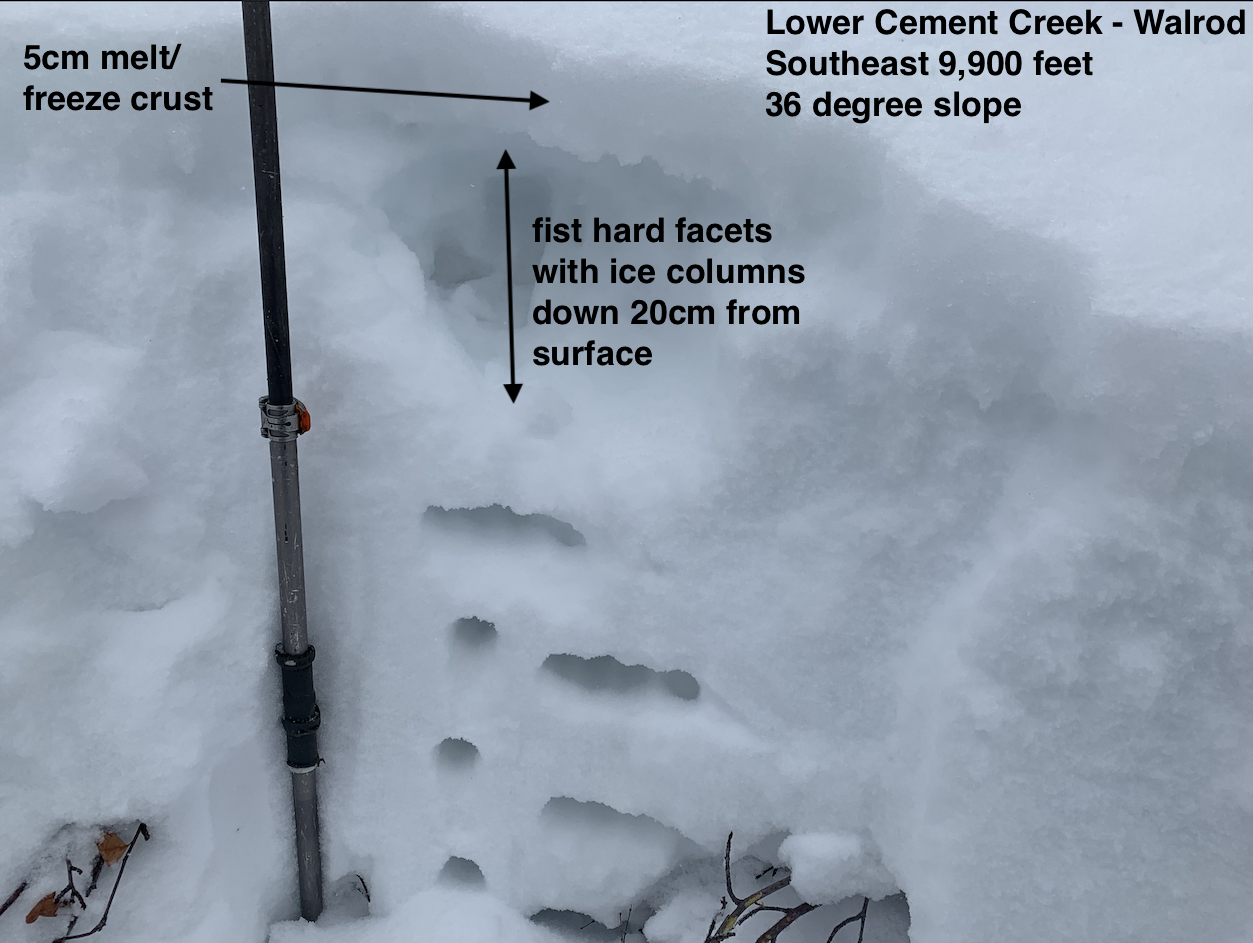 A quick look at a south-east facing slope below treeline. The surface crust can support a modest loading event, but could collapse during a large event. Snowpack is faceting throughout, but supportive snow found above the ground. 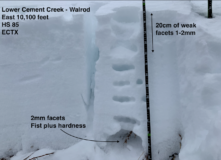 A east-facing profile. Surface snow is cohesionless 1-2mm facets. Midpack is faceting but remains supportive to boots. Weaker snow at the ground did not produce a test results.