Avalanches: Photos of Climax Chutes near miss below.  The crown is on an ENE aspect wrapping to NE at roughly 10,850 ft.  You could clearly see a dust layer on the bedsurface of a large soft slab, roughly 2 feet deep. (Probably failed on the March 6 crust/facet layer), and the slide stepped down to the ground further down slope, which wasn’t a whole lot deeper on this path, due to numerous slides already this season. From my limited vantage point, I’d rate the slide: SS-ASu-R3-D2.5-O/G
Weather:
Snowpack: 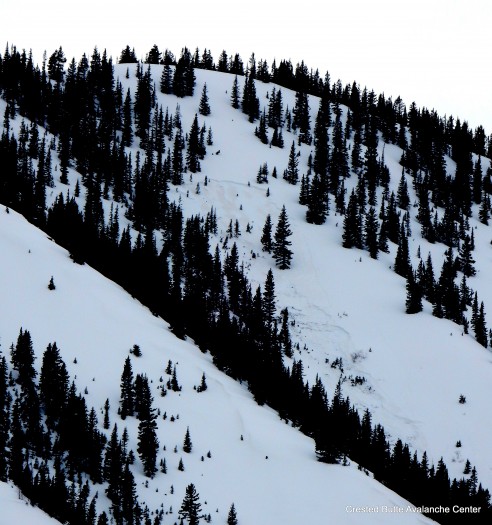 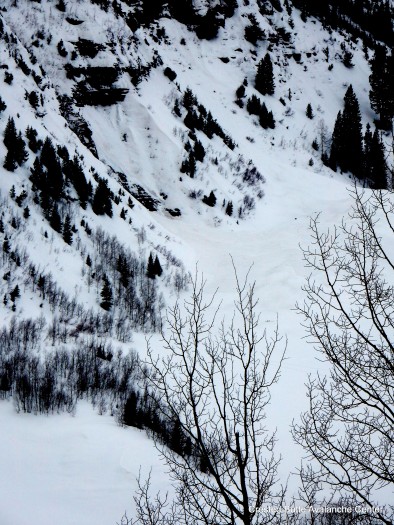 Debris washed over cliff bands near the runout 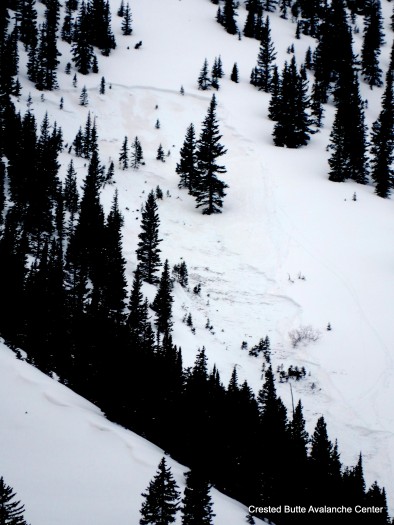