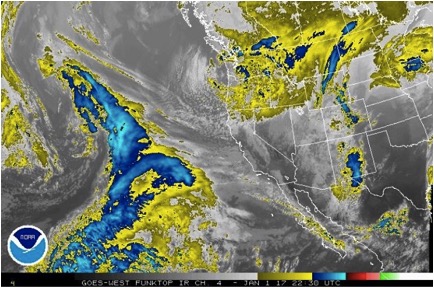 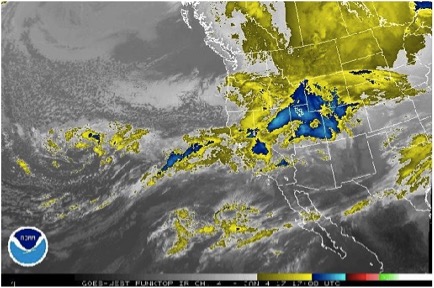 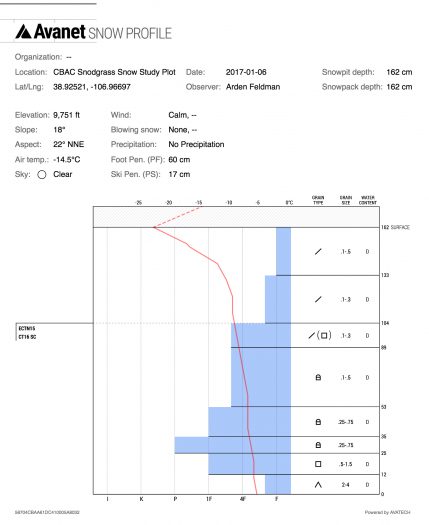 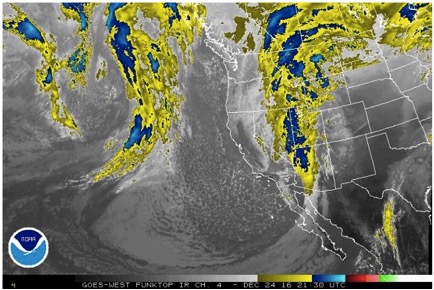 Our winter had a slow start this year, with mild temperatures and little snow through mid November. Any snow left on the ground from October’s light snowfall events was confined to northerly aspects at high elevations. This snow formed a pronounced layer of facets, coupled with crusts in some cases, creating a future persistent weak layer. 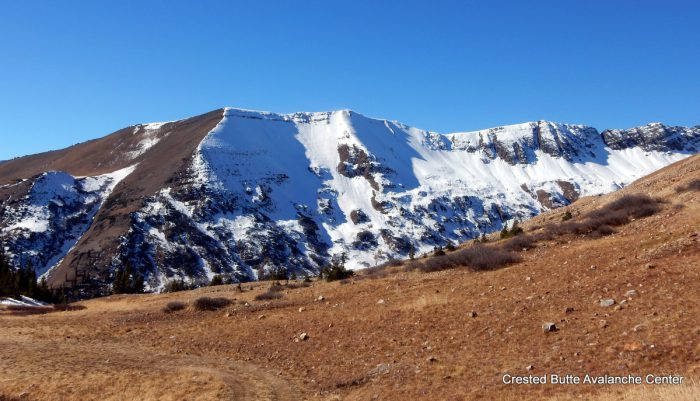 From mid to late November, we saw a few small storms. This new snow began to facet on various aspects. The storms were often windy with lots of snow transport forming stout, reactive, slabs on top of the October facets. Natural and skier triggered avalanches were observed during this time, mostly D1 to D2 in size. 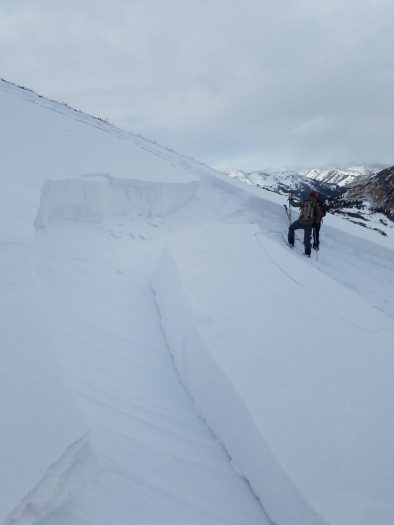 The first major storm of the season occurred on November 28th, with accumulations near 2 feet in the western parts of the forecast area and less in the east. The Schofield Pass snotel site received 2.2” of SWE.

This snow, combined with some existing slabs from the previous 10 days fell on sensitive weak layers near the ground on high elevation, northerly aspects. This caused the first avalanche cycle of the season, with HIGH avalanche danger above treeline on November 28th. High elevation northerly aspects were the most suspect slopes, with numerous natural slab avalanches up to size D2. At least a few avalanches also occurred on southerly aspects, including a close call in Red Lady Bowl on November 29. 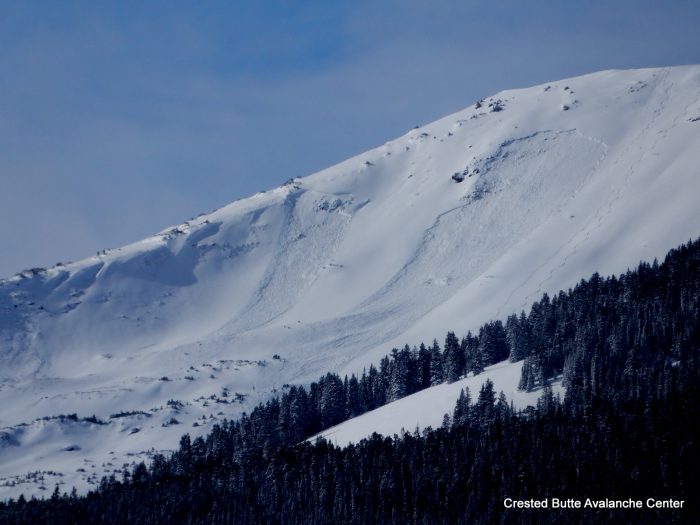 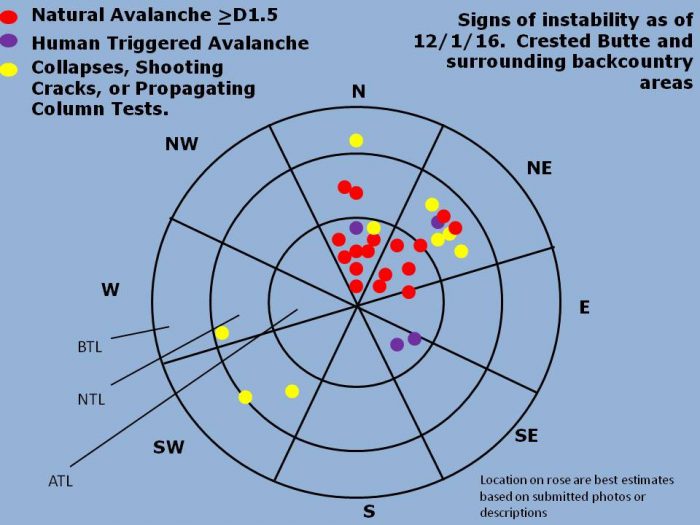 We then experienced a dry spell until December 6th. Instabilities lingered through this time, especially at high elevations, where a D2 avalanche was remotely triggered from a distance on December 4th. The dry spell allowed for the formation of near surface facets and crust-facet layers on most elevations and aspects. The following video highlights the crust facet combinations found on sunnier aspects. https://www.youtube.com/watch?v=W9jli5JTzaw&feature=youtu.be

Starting on the December 6th, the forecast area got back in the storm track, with zonal flow delivering storms every couple of days. This new snow piled up and added a load to the weak layers still present near the ground and also created slabs on the recently formed weak layers. The following two snowpack profiles exemplify the weak structures on both north and south aspects going into an active weather pattern in early December. 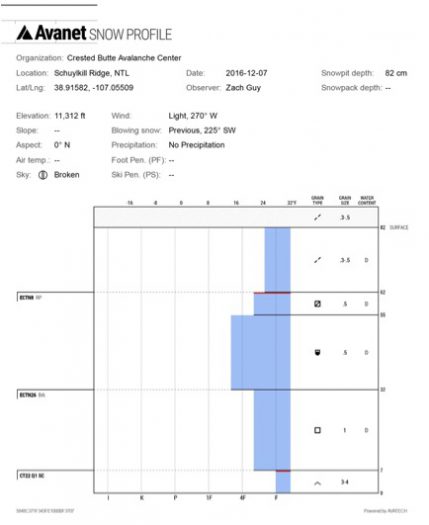 12/7/16 – Snowpack profile of north aspect on Schuylkill Ridge showing the December 6th interface on near surface facets at 62 cm and the weak depth hoar near the ground. 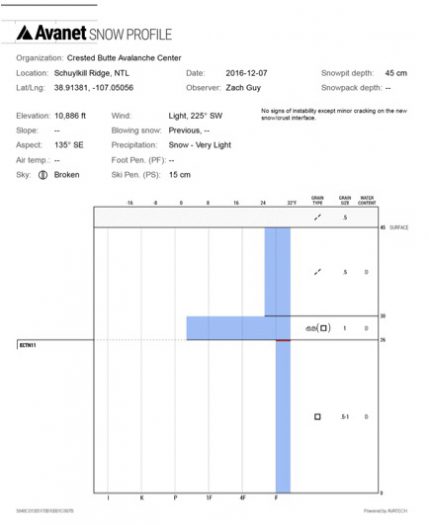 12/7/16 – Snowpack profile of southeast aspect on Schuylkill Ridge showing the December 6th interface with a crust sitting on weak facets.

Numerous small avalanches were observed failing on the December 6th weak layers, like this small soft slab on December 9th. On December 12th, a snowmobiler near Washington Gulch was caught and fully buried in a gulley, after triggering a 3.5’ persistent slab that failed on the ground.

12/12/16 – Snowmobile triggered, caught, and fully buried in persistent slab avalanche that failed on facets near the ground.

The consistent storm pattern ended with a bang on the 15th through 17th of December when a very powerful trough hit the region. Fueled by Pacific deep moisture, the storm was generally very warm and wet with low snow-liquid ratios. Near the end of the storm, late on the 16th, a powerful cold front passed over dropping temperatures up to 30 degrees. The cold front brought with it wind gusts up to 100 mph and snowfall rates up to 4” per hour. The Schofield Pass Snotel site recorded a massive 4.8” of SWE during the mere 36-hour extent of the storm. The 4.8” of SWE only amounted to 31” of snow due to the storm’s warm temperatures. Closer to town the Butte Snotel recorded 2” of SWE and 15“ of snow.

12/15/16 – Satellite image showing the plume of pacific moisture being directed at Colorado.

The December 16th-17th storm added a huge load to our relatively weak snowpack, causing a widespread avalanche cycle. An Avalanche Warning was in effect on both the 16th and 17th, and the avalanche danger was rated as HIGH at all elevations for both days. Numerous D2 to D3 avalanches, both natural and skier triggered, were observed at various elevations and aspects in the forecast area. These avalanches generally failed on weak layers near the ground, but there was also a widespread mid storm instability caused by a stellar dendrite layer that resulted in many small storm slab avalanches. On the first clear day after the storm,on December 18th, a solo skier triggered a very large (D3) avalanche in Red Lady Bowl after 4 other skiers had skied the bowl earlier in the day. The avalanche propagated across much of the bowl but luckily the skier was not caught. 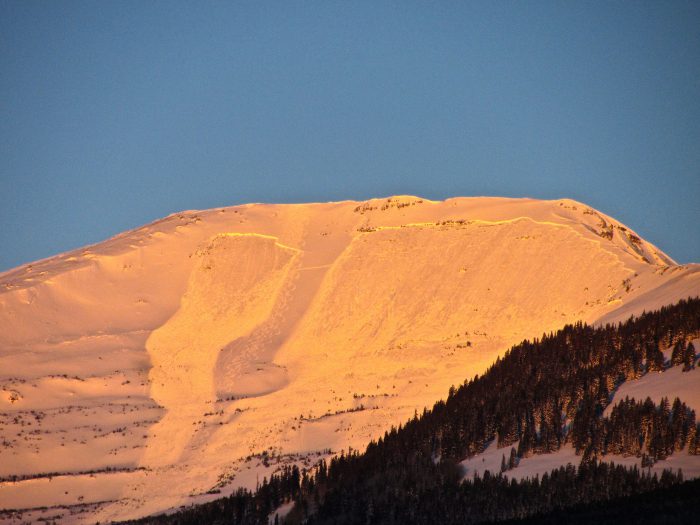 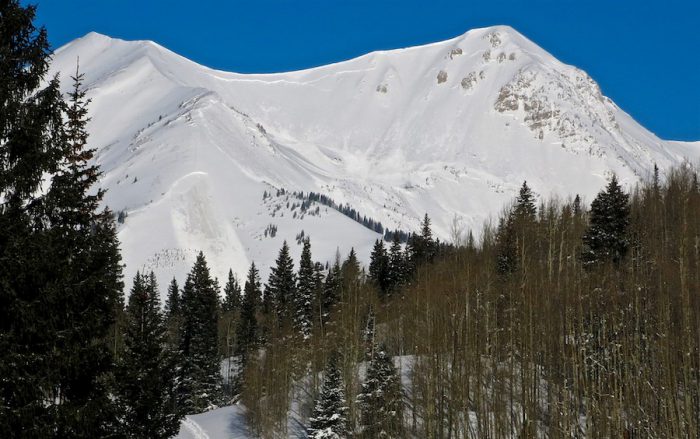 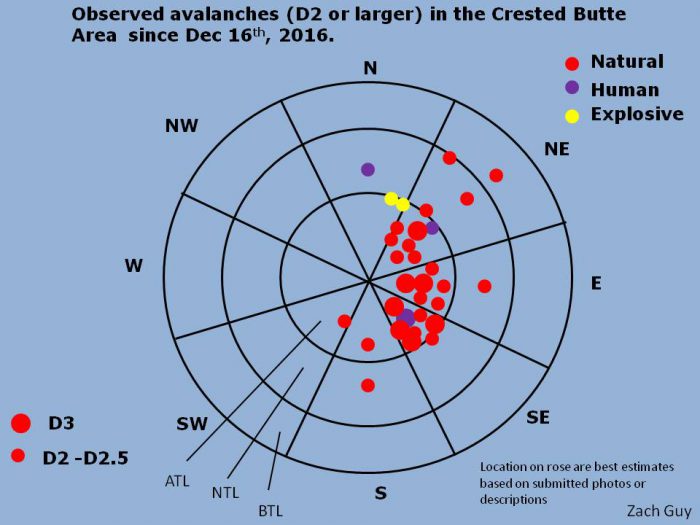 Finally, after the late start to the season, storm after storm from late November through mid December has brought our snowpack up to above average levels. As of December 18th the Gunnison River Basin’s snowpack is at 118% of average.