Avalanches: Widespread naturals visible in the Ruby Range/ Peeler Basin near and above treeline that ran during the storm. Almost everything steep enough to slide had D1 to D1.5 debris, either small sluffs or storm slabs, mostly smoothed over already. There were numerous D2 to D2.5 slab avalanches as well, a couple perhaps D3. My guess is these larger crowns probably ran on the storm interface. Nothing that ran to the ground from my vantage.  See photos.
Weather: Cold, clear, calm.
Snowpack: Irwin storm total: 57″ w/ 5.56″ SWE. HST: 37″ 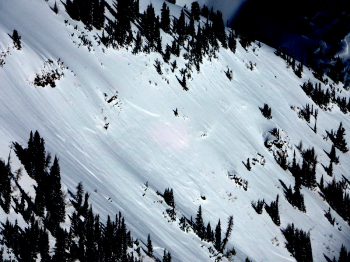 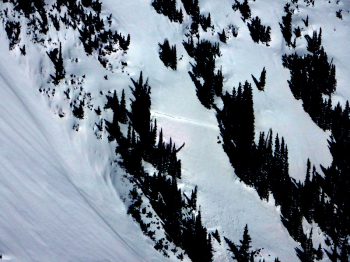 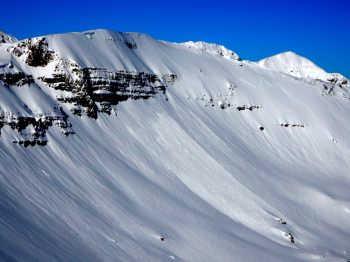 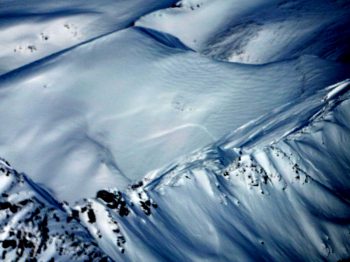 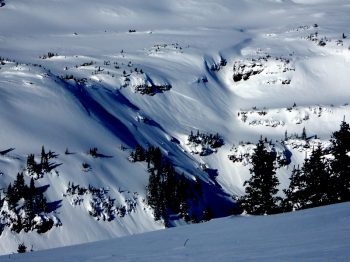 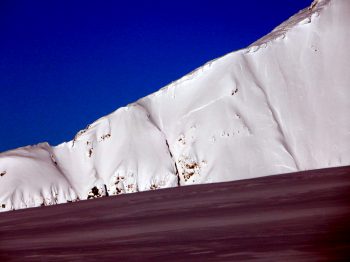 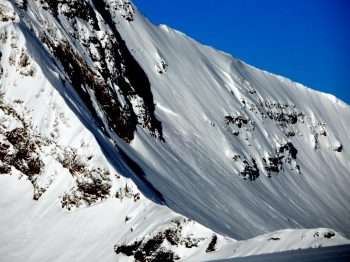 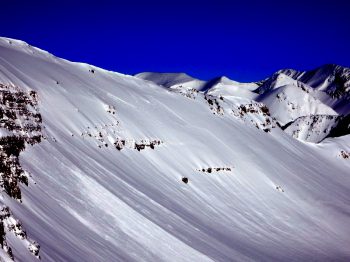 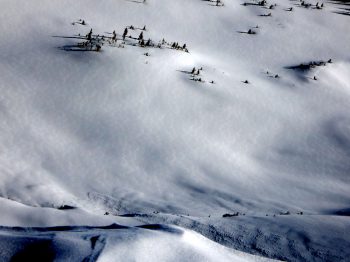 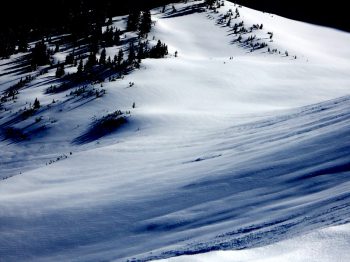 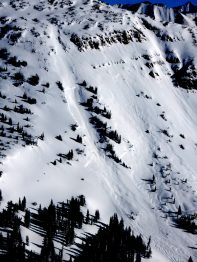 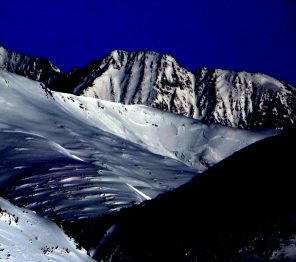 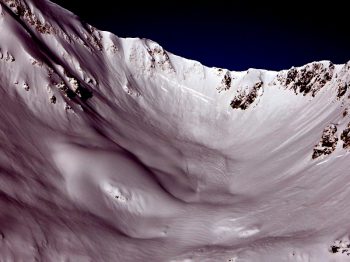 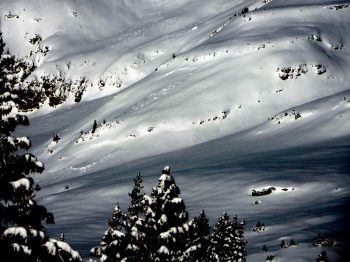 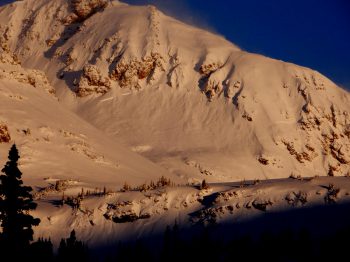 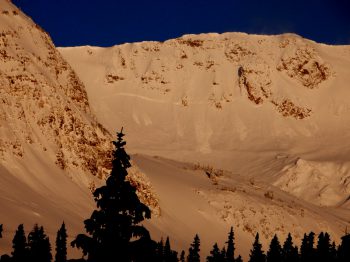