Snowpack: Snowpack: Found some wind stiffened snow but didn’t find a wind slab problem on the NE terrain at ridgeline. So the take home observations were, where in the terrain traveled was the persistent slab active? The snowpack needed to be deep enough to have a strong enough mid-pack to produce propagating test results. The mid-pack that has any strength is the 11/13 to 11/15 storm sitting over weak facets from earlier this season. This set up can be found down to 9,000ft west of Crested Butte. In this area, about 10,800ft seems to be the elevation where this mid-pack starts gaining enough strength to produce propagating results in snowpack tests that represent the potential for a persistent slab avalanche. Below that average 10,800 elevation on NE aspects the midpack could collapse and would only produce very small radius cracks, or ECTX test results. Above that elevation a pit dug with a 115cm snowpack and 4f-1f mid-pack produced an ECT21 SC and produced other collapses while touring with large radius shooting cracks. Thus, representing areas that could produce a persistent slab avalanche given the right slope angle and terrain feature.

Avalanches: Observed an Avalanche on the Northface of Snodgrass in between first bowl and second above the open pillow zone. Propagated 120 feet wide and was much bigger than the anticipated potential. Probably an R3D2.5. Ran approx. 500 feet into the terrain trap below snapping numerous small trees. Almost propagated an additional 40 feet, but stopped with a major crack on a knob above an adjacent gully. We were observing the terrain from sheltered trees about 5 feet from an open area on the ridge above the rock formations/pillows. Aspect was NorthEast. We stomped around above some convexities with no reaction. Deciding the terrain was unsafe we turned around, walked five feet into the trees and the slope was remotely triggered presumably from a small buried tree. Slid all the way to the ground. The storm slab, and slab from last week, slid on the weak faceted layer at the base of the snowpack, taking the entire snowpack with it. One other wumph was observed in the same area prior to the slide. The crown was approx 60 cm. Consistent crown with no obvious wind deposits, although this specific area is subject to wind loading due to its exposure and openness compared to the rest of the snodgrass trees. Slope angle averaged about 38 degrees as the starting zone. 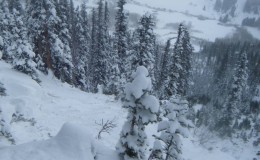 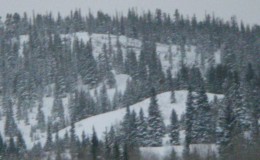 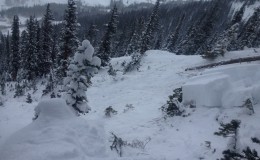 Weather: Weather – Cloudy skies with light snow falling. Air temps were 17 at trailhead and 8 at 11,500. Winds were light with moderate gusting. Observed a small bit of snow being transported by wind, but low visibility didn’t allow for good views in to the alpine. Ski tracks from Sunday were partially filled in at and near treeline.

Snowpack: Snowpack – while traveling off of skin track at treeline small amount of cracking with in the new snow was visible. Jumped on several steep roll overs with out any results. No collapsing either. Snow profile was dug at 11,500 on open, south facing, 32 degree slope. It showed 65cm snow depth. It was comprised of 30cm of 1-1.5mm facets at ground from earlier in november, a 5cm crust the formed from last weeks sunny skies, and then 30cm of new snow since saturday on top. Test results showed reasonable bonding between new snow and sun crust, no results from jumping on steep rolls or shovel shears. CT showed failures below the sun crust on taps from elbow. These were generally Q2. ECT results would not propagate across entire column only about 30cm and were irregular. It appeared as though there may have been a strong temp gradient directly below the sun crust leading to a weakening of the snow directly below it. But battery in thermometer died so no data.

Returned to the same zone as yesterday, see WD’s report from 11/23. An additional three inches or so and evidence of strong wind activity overnight. Observed some whoomphing and cracking at the top of the skin track on the ridge where there was lots of wind deposition. Pit at the top of the line we skied confirmed the additional three inches up high. Storm snow was still unconsolidated but ran easily on the old surface, we expected to see loose snow sluffing. Entire pack failed on the ground facets with considerable force. No signs of instability on decent of that line. On the second run wrapping around toward exit trees we observed lots of wind loading and a very defined wind slab of 6 inches or so which failed easily on rollovers.

Snowpack: Thin on top with better snow on leeward slopes. 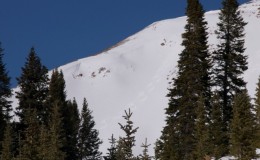 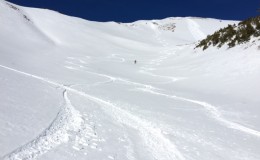 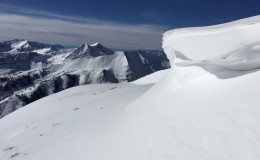 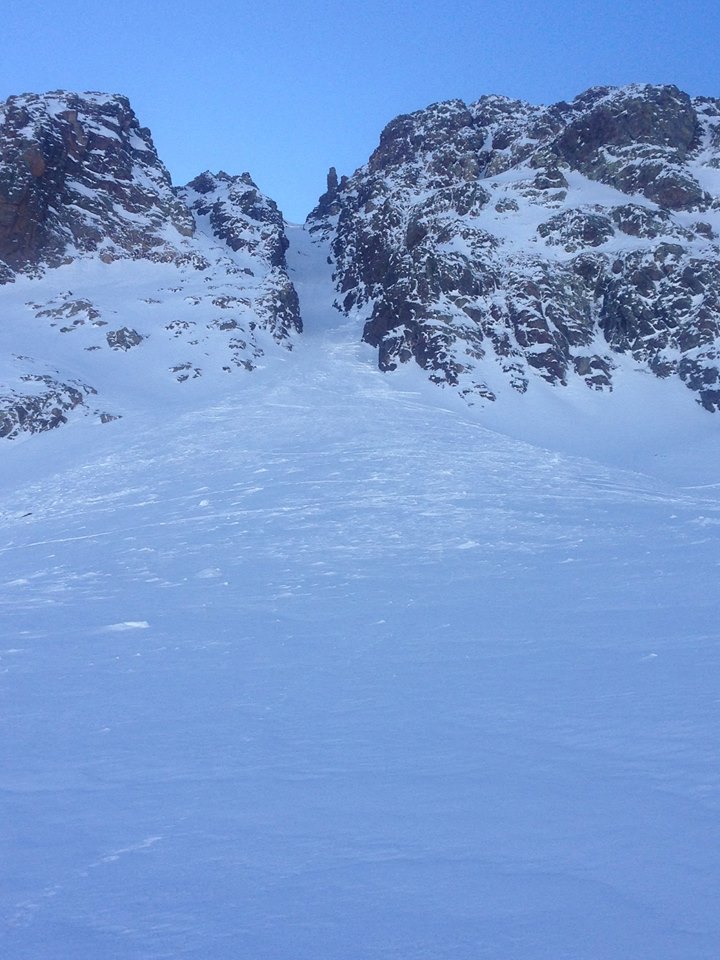 The CBAC got up to Mount Owen today to investigate yesterday’s slide that caught and carried two skiers as they boot packed up Jenga Chute. The slide broke above the pair near the top of the couloir as they were about halfway up the chute. The area received 10-12″ of snow on the night of November 2nd which fell on a variety of surfaces ranging from bare ground to up to 2ft residual of snow from the few storms that rolled through the Elk Mountains in October.

The snow structure of the slab in the couloir consisted of two distinct graupel layers that fell in our most recent storm, capped by a thin windslab generally 3-6″ deep created by light winds during and after the storm; however, the new snow has drifted into 1-2ft deep isolated pockets. The slab failed and ran on a 4cm “pencil+” hard melt freeze crust from the October 12th storm, although it did scour down to rock within parts of slide path. Up to 50cm of 1-2mm faceted grains remained below the bed surface, which will continue to mature/grow in size as the season progresses, likely causing more concerning instabilities in the months to come, in this location and surrounding slopes.

The CBAC would like to genuinely and humbly thank those involved for sharing their experience for the greater awareness of our Crested Butte backcountry community as we plunge into another winter.