Avalanches: 2 natural slab avalanches on NE aspects NTL, a D2 and D1.5. From the ridgeline, about 6 soft slab avalanches were skier triggered, ran on the storm interface, 1 to 2 feet thick. Most failed on buried surface hoar, a couple also failed on near surface facets. Two were D2 in size. The largest propagated 600 feet across a slope and down a ridgeline, and ran 800 vertical feet, about 18″ deep. Cornices were also touchy; we easily triggered 3 or 4 from a distance, and it looked like one failed naturally or was triggered by a group in front of us.  Skier triggered some minor pockets on steep rollovers below treeline, failing on surface hoar layer 8-10″ deep.
Weather: S-1 to S1, about 2″ of accumulation. Moderate SW winds and snow transport, with brief gusts of intense transport. Overcast skies.
Snowpack: ~10″ of storm snow below treeline.  Storm slabs up to 3 ft thick near treeline, up to 4F in hardness in heavily windloaded features. Observed several shooting cracks an one muffled collapse. Storm interface is either near surface facets or surface hoar, varies from slope to slope. 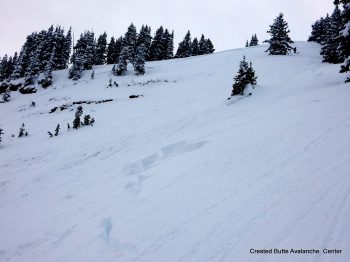 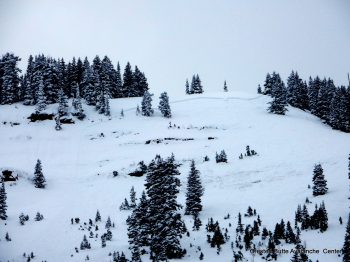 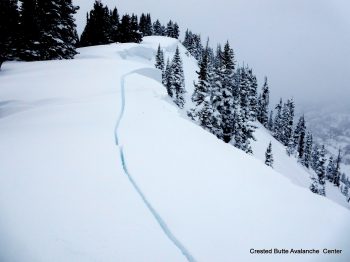 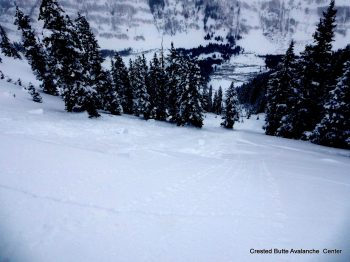 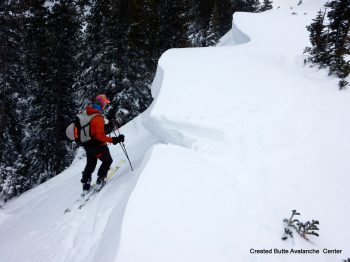 Checking out an 18-24″ crown on a north aspect NTL. Failed on surface hoar. 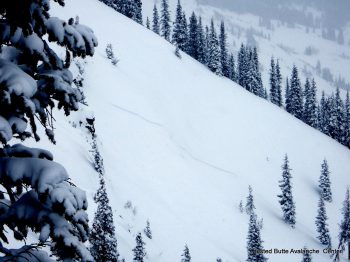 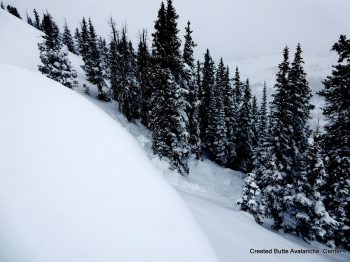 Large cornice fall….looked to be skier triggered by group in front of us. 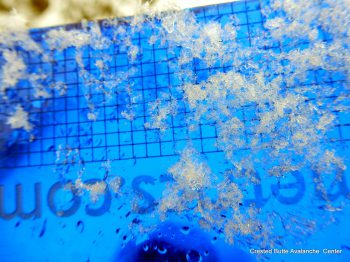 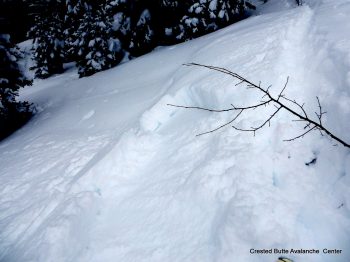 Minor cracking and small slabs below treeline, on surface hoar 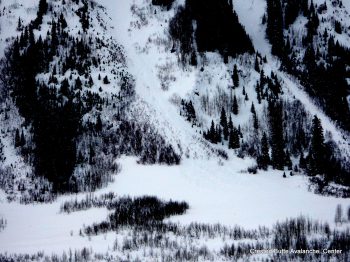 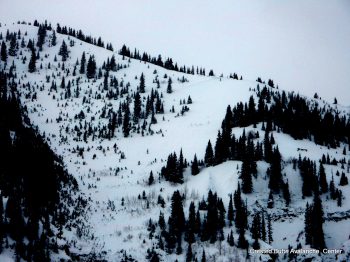 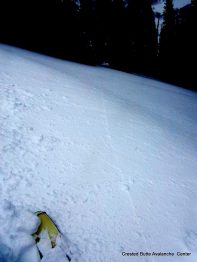