Avalanches: See photos. Drove by Peanut Lake Road around 2 pm and none of that had run. Traversed across East River paths and there were only a few crowns. Largest slide I saw was SS-N-R3-D2.5-O/G on a SW aspect NTL.
Weather: PM tour. S5 dendrites transitioned to S1 graupel to freezing rain. Overcast and warm temps. Moderate winds, strong gusts below treeline. Snow is so dense at this elevation that there wasn’t much transport.
Snowpack: About 20″ of top-heavy new snow. Spooky few signs of instability (no cracking or collapsing, with a few kicks and jumps above steep rollovers), but the big red flag today was the massive amount of heavy new snow. Trail breaking on skis was knee to thigh deep. Some moist/wet rollerballs on steep terrain. Didn’t go onto anything steep. 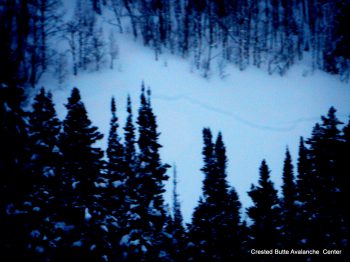 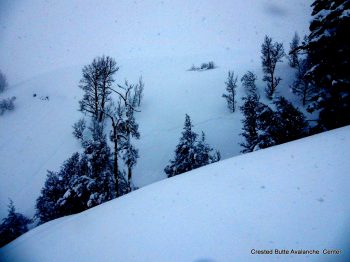 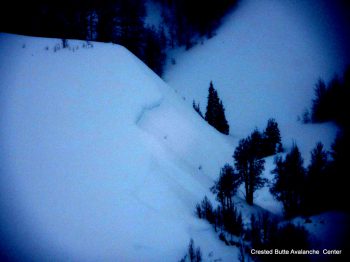 SE aspect BTL near East River. VIewed from a distance, but maybe a 3-5 ft crown? 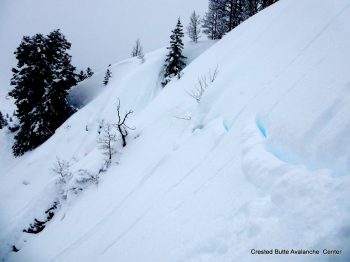 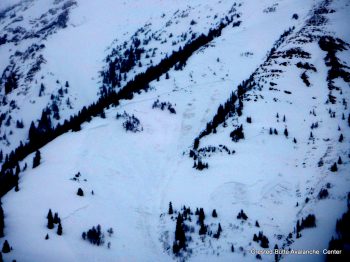 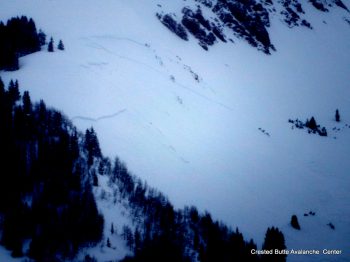 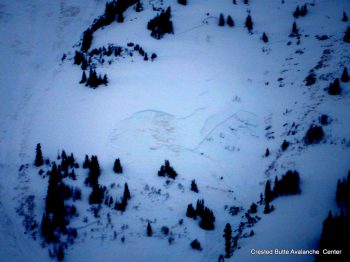 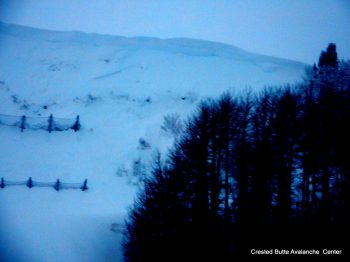 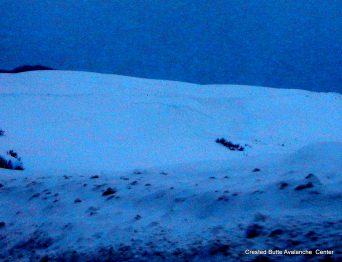