Avalanches: One fresh looking D1.5 or D2 debris pile below a south facing slope above treeline, near Pearl Pass, viewed from a distance. Start zone was obscured by cliffs, but assuming it was a natural wind slab from the past few days. More small skier triggered facet sluffs below treeline.
Weather: Thin clouds increased through the day from few to broken. Light winds with no transport. Cold temps at valley bottom, mild temps above treeline.
Snowpack: See video. Surface hoar below treeline and near surface facets on all aspects/elevations, beat up by winds above treeline. The surface became moist on southerly aspects near treeline today, with small grained facets above.

Near and below treeline, the snowpack was shallow (<70cm) and entirely faceted (F to 4F) Persistent slab was unreactive ( ECTX and ECTN failures) in tests, even on leeward, deeper aspects (NE, E), We could find isolated pockets of discontinuous persistent slab structure within the first 20 feet of windloaded ridgelines, but the slab did not extend down slope. Above treeline on E aspects, we found 1F to Pencil hard slabs (70cm thick) over 3-4mm F+ hard depth hoar in our pit with propagating results (ECTP21, SC). We found similar structures identified by probing on other slopes facing E and NE above treeline. Difficult to tell how continuous the PS structure is on ATL start zones…obvious variability due to winds but I didn’t want to venture onto anything steep. S, SW, and W aspects N/ATL were visually shallow and you’d be hard pressed to find a slab anywhere; lots of rocks or bushes showing. We skied a steep south aspect ATL with no signs of instability. 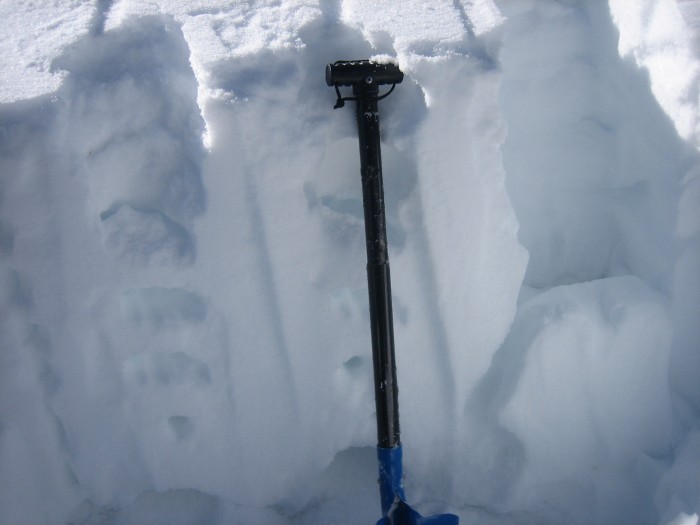 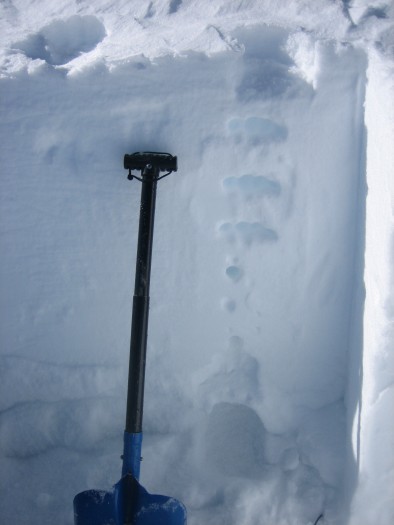 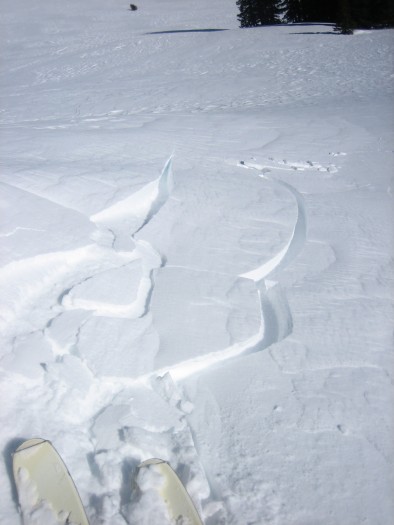 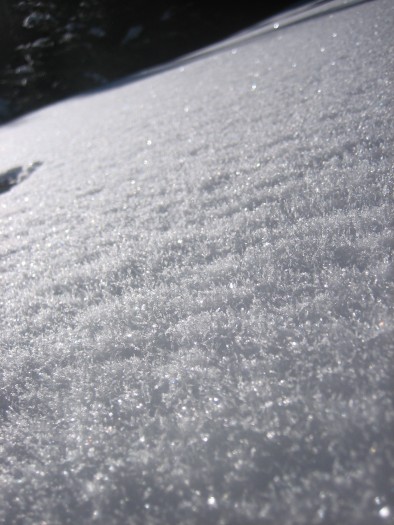 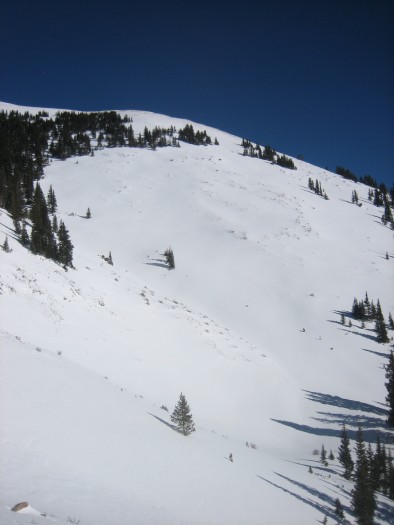