Originally published in the Crested Butte News in 2018

Well that’s weird….  This past weekend, a large wet slab avalanche ran off Gothic Mountain’s east face.  A wet slab avalanche is an avalanche that releases upon a wet layer buried within the snowpack.  In this case, the wet layer formed from water draining into the snowpack from melt at the snow surface after 3 consecutive nights without a freeze, coupled with intense solar radiation.  Reviewing the statewide avalanche occurrence database which goes back to 2010, this is the only wet slab avalanche observed in November, statewide.  You can get more details about this unusual avalanche and other recent observations.

If I’ve learned anything about avalanches in the last 20 years, it’s that weird weather prompts weird avalanches.  We’re off to a weird start.  It’s not the lack of snow that strikes me as weird.  It’s not the weak layers developing from paltry early season snow cover.  What’s weird is the unseasonable warmth.  On November 17th, our first big storm of the winter brought rain and lightning.  Out in Gothic, billy barr measured the highest density storm snow ever recorded during November in his 50+ years of records.  Long-standing daily high-temperature records came crashing down this past week.  Locally we set new all-time maximums three days running on November 25, 26, and 27th.    Lately, people have skied corn on sunny slopes where the snow is deep enough to travel.  I saw blue jeans and tank tops in the lift lines at CBMR.  Seriously, is this spring break???  Bottom line, it’s weird.

So what does this mean for the coming winter.  Well, the sages haven’t written our fate in stone yet.  At this point, I think we can count on persistent avalanche problems in our shady terrain once Mom Nature blankets the mountains in a slab of cohesive snow.  What’s in question is how future snow will behave on the “shoulder” aspects of West and East, where the sun’s influence has created surprisingly supportive crusts.  Will these crusts support the winter’s snowpack well, or will they allow a dangerous load to accumulate, failing deeply and catastrophically later in the winter?  Only time will tell.

As we wait for winter to arrive, go ahead and get yourself prepared for the coming backcountry season by attending two great Crested Butte Avalanche Center events: 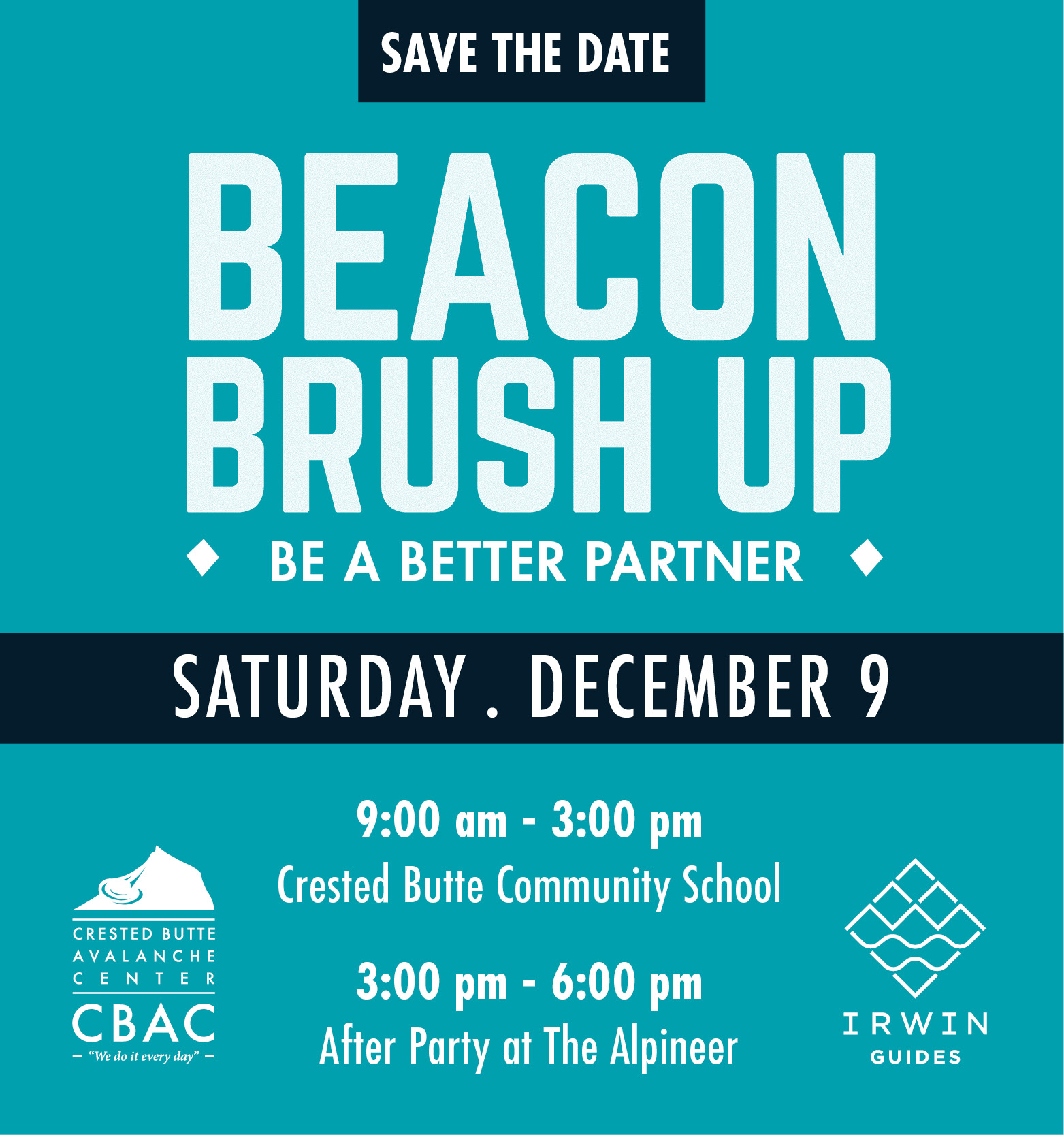