Weather: Light west northwest wind at ridgeline. Otherwise just a standard clear and cool Colorado day.
Snowpack: Variable, is that best word to start with when describing the current snowpack. Both snow surface and snowpack structure are variable.

For now, the snowpack structure is beaten and weak. On the northerly and easterly aspects, we traveled today, its hard to say where you could find some “persistent slab” structure. Generally, the snowpack is full of weak layers with crusts and facets, while the actual slabs are much harder to find. If you do find a small slab and set it in motion, that would be a small bummer, but the available loose weak-snow that could be entrained would add to your current bummer experience. This bummer of a time could become a bummer for the rest of your season if the whole mess pushed you into those lurking rocky sharks. That would be a total bummer.

The snow surface is also a mess. If you stay away from the wind effected snow surfaces then the skiing sure is nice for what it is. Otherwise, those snow surfaces are also weak or crusty and fit right into what you would expect for a standard  poor start for a continental snowpack. New snow amounts from last weekend range from 4cm’s up to 20-30cm’s on some wind-loaded terrain. Most of the wind pillows we found were old with a skiff a new snow on them and not an issue, but we did avoid one or two pillows that may have been thicker. If you did find a slab in the upper snowpack from last week’s new snow, the facets and crusts that it was likely sitting on would not instill confidence. Small loose snow avalanches in the new snow and some gouging into the older snow were also observed. 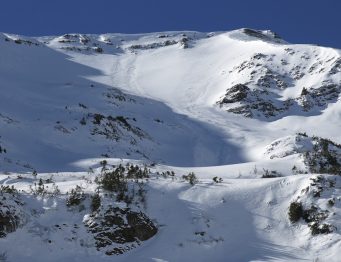 A loose snow avalanche on a northerly aspect 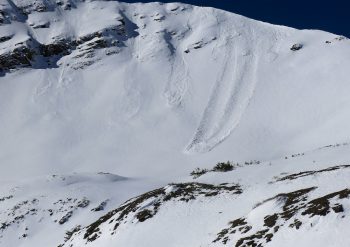 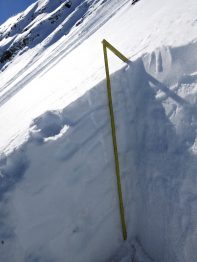 Wanted to add text to this photo for the different layering. In the end, it doesn’t matter right now…. In summary, new snow over a crust over weak snow and crusts over a thicker crust and some more weak snow. HS 75cm on an East facing slope at 12,500ft. 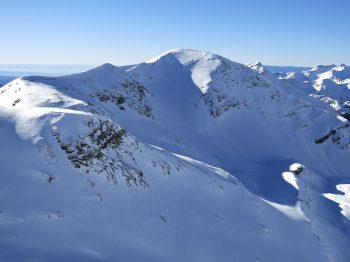 The Blob and its buddies in Upper Yule Creek. 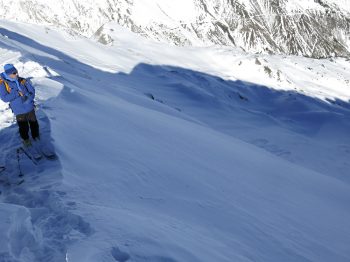 The fattest looking wind pillow that we didn’t get a look at. 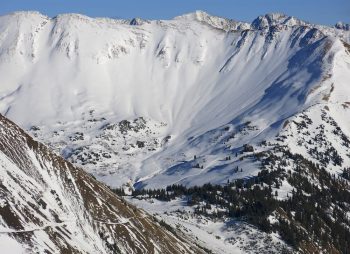 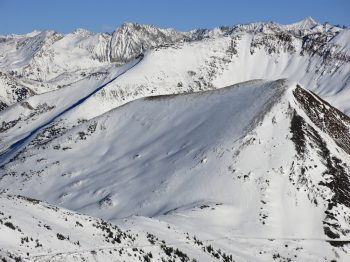 Looking out over Cinnamon and Baldy to Precarious Peak. Generally looking at Southwest, and westerly aspects.