Avalanches: Observed six recent natural slab avalanches on N and NE aspects above treeline, ranging from D1 to D2 in size.  Most of these appeared to fail as hard slabs (topped by recent soft snow) in old, faceted layers near the ground.  HS-N-R1-D1/D2-O/G.  A few ran as soft slabs, perhaps failing at the storm interface. SS-N-R1-D1-U.  See photos and snowpack obs for more details.   Also evidence of a handful of D1 loose snow avalanches that ran mid storm on Thursday.
Weather: Mild temps, moderate west winds with minimal snow transport, clear skies.
Snowpack: In this basin, northerly aspects above treeline are loudly announcing a worrisome snowpack structure.  We experienced widespread collapsing with shooting cracks radiating as far as 300 feet away.  The structure is composed of the recent snow at the surface (4F to F, 5-16″ deep, depending on windloading) over a combination of older, hard slab, crusts, and facets.  The older slabs and meltfreeze grains generally range from 1F to P in hardness and 2″ to 15″ thick, depending on aspect and windloading.  On the ground, and occasionally sandwiched between crusts, is a fist hard, 1-1.5mm facet layer, 2-6″ thick.  We got repeated ECTP results in several different locations, ranging from ECTPV to ECTPH.  On steep, windloaded southerly aspects, we were unable to produce any signs of instability, and the recent is already melting back to a patchy distribution on S and W aspects. 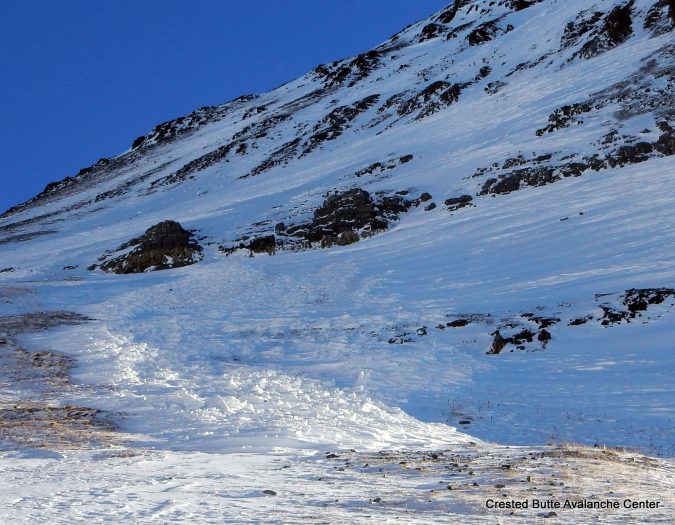 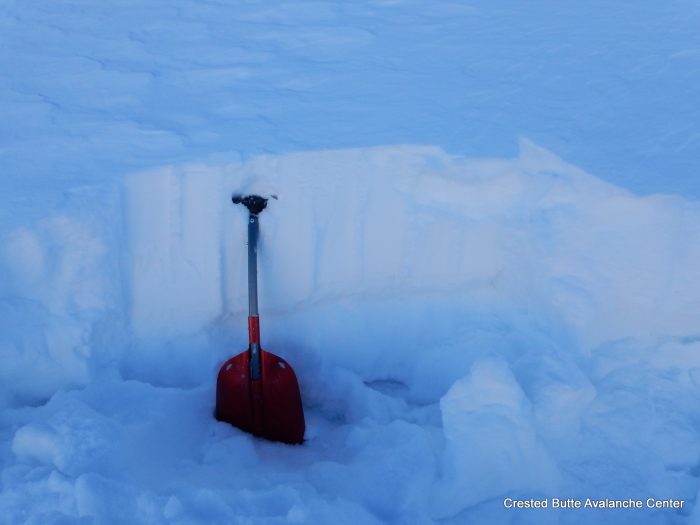 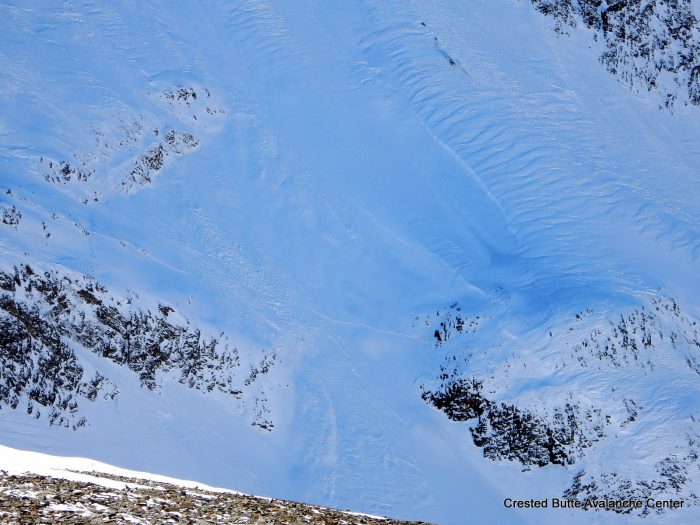 Debris pile on a north aspect ATL of Justice Ridge. 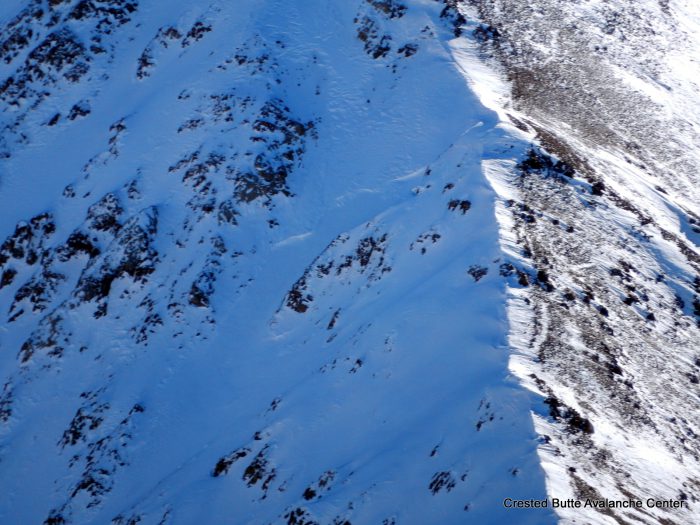 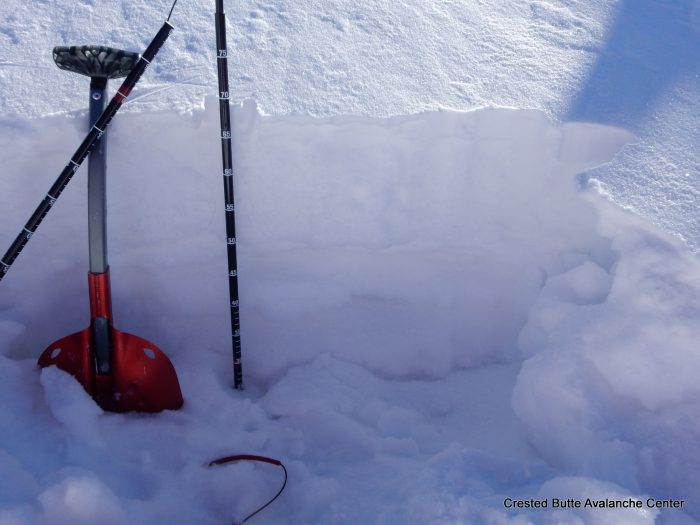 NW aspect ATL. The top half is recent snow, the bottom half is a mix of faceting crusts and facets. We experienced collapsing and shooting cracks here. 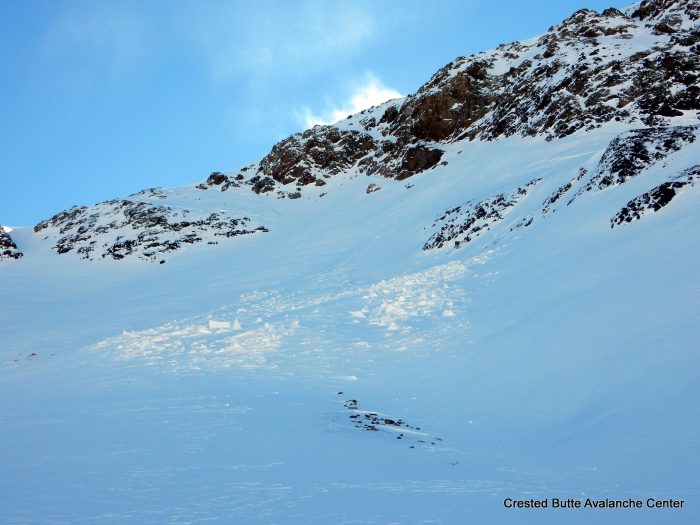 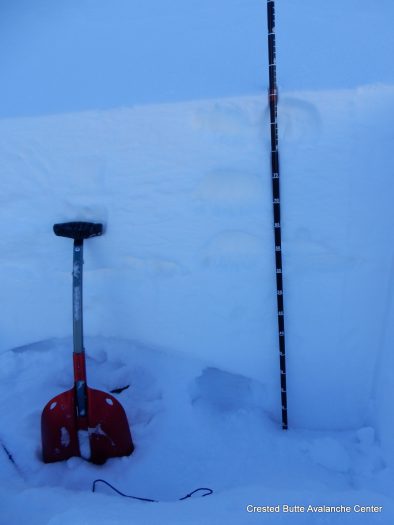 Windloaded rollover on a NE aspect ATL. The top 35 cm is recent snow (4F to F+). The next 30 cm below is old hard slab with some melt-freeze processes, pencil hard. The bottom is 1-1.5mm facets, fist hard. ECTPH results. We experienced rumbling collapses and shooting cracks as we approached the slope. 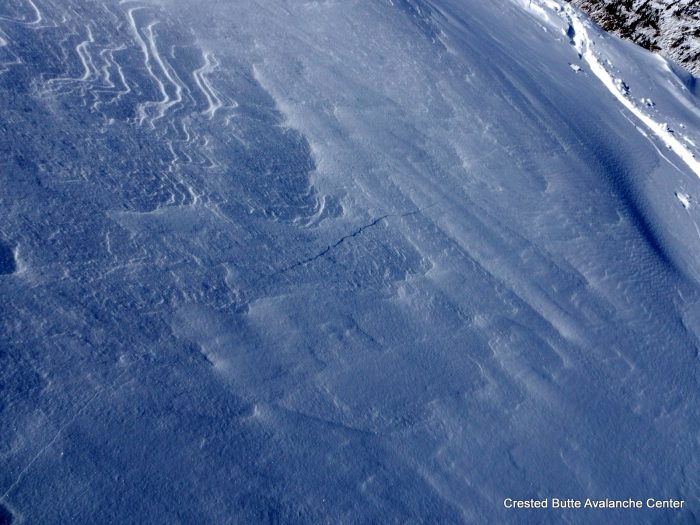 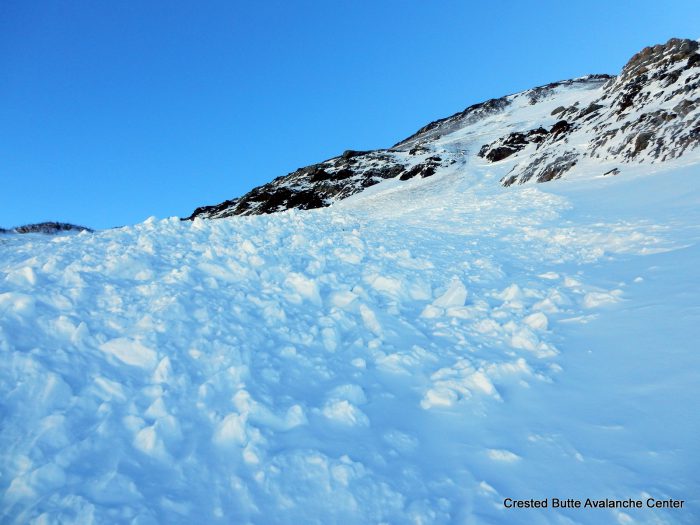 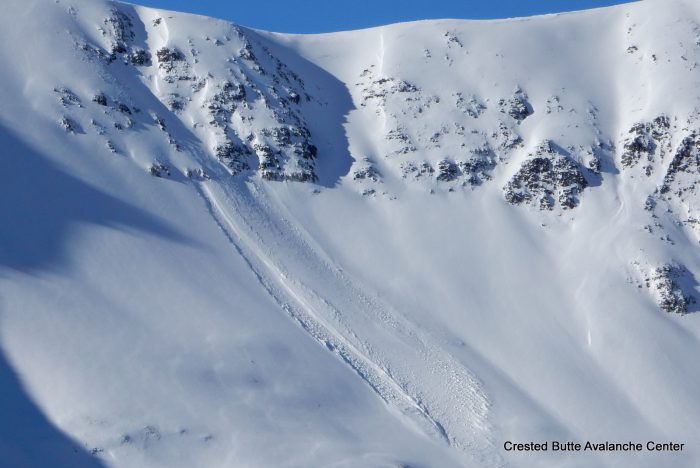