Avalanches: Skier triggered 5 or 6 shallow wind slabs, breaking on buried near surface facets, 6-18″ deep. All D1 in size. There were a couple of natural D1 wind slabs as well. These were all above treeline on leeward or crossloaded features. See photos.
Weather: Scattered skies. Light to moderate westerly winds, with short periods of light snow transport at ridgeline. Mild temps.
Snowpack: About 3″ of new snow, drifts from 6 – 18″ thick below ridgelines and in crossloaded features, mostly above treeline but a few near treeline slopes as well. The new snow is over .5 to 1mm reactive near surface facets, found at all elevations on northerly aspects, and on thick, meltfreeze crusts on southerly aspects. On east aspects N/ATL, the storm interface was a thin, collapsible crust with facets below or just facets. There was not enough new snow for storm instabilities except where it was thickened from wind drifting. We primarily traveled on northerly aspects and found shallow wind drifts to be poorly bonded on the 2/17 near surface facet layer. 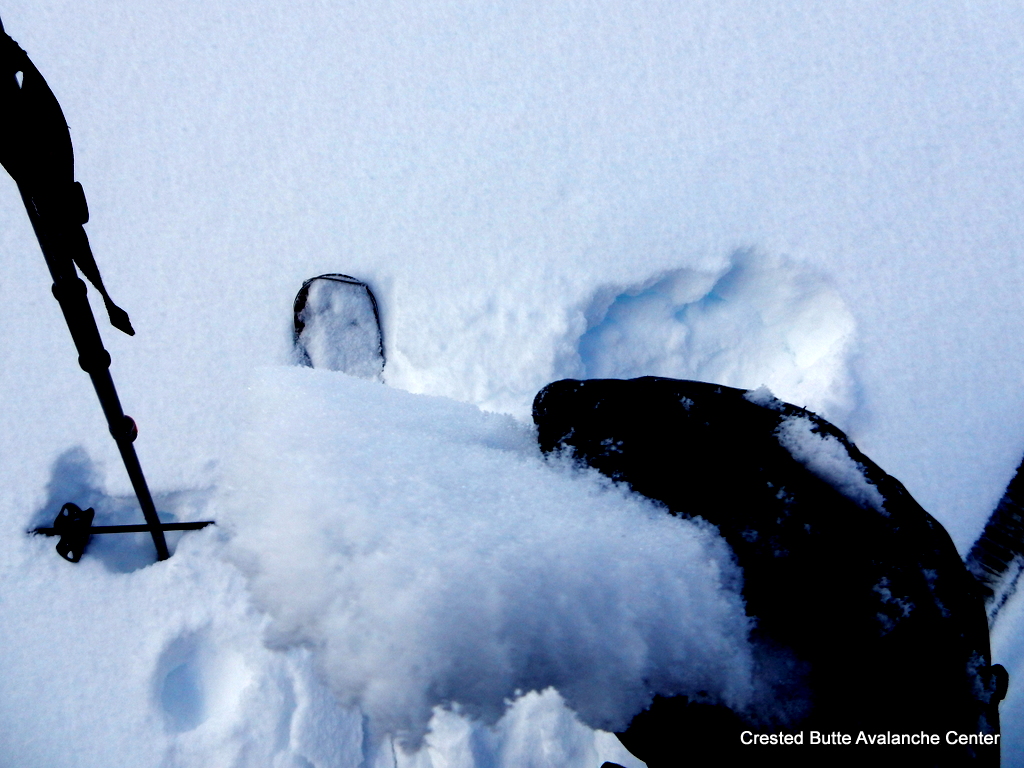 Collapsible crust on an E aspect NTL, with facets below. 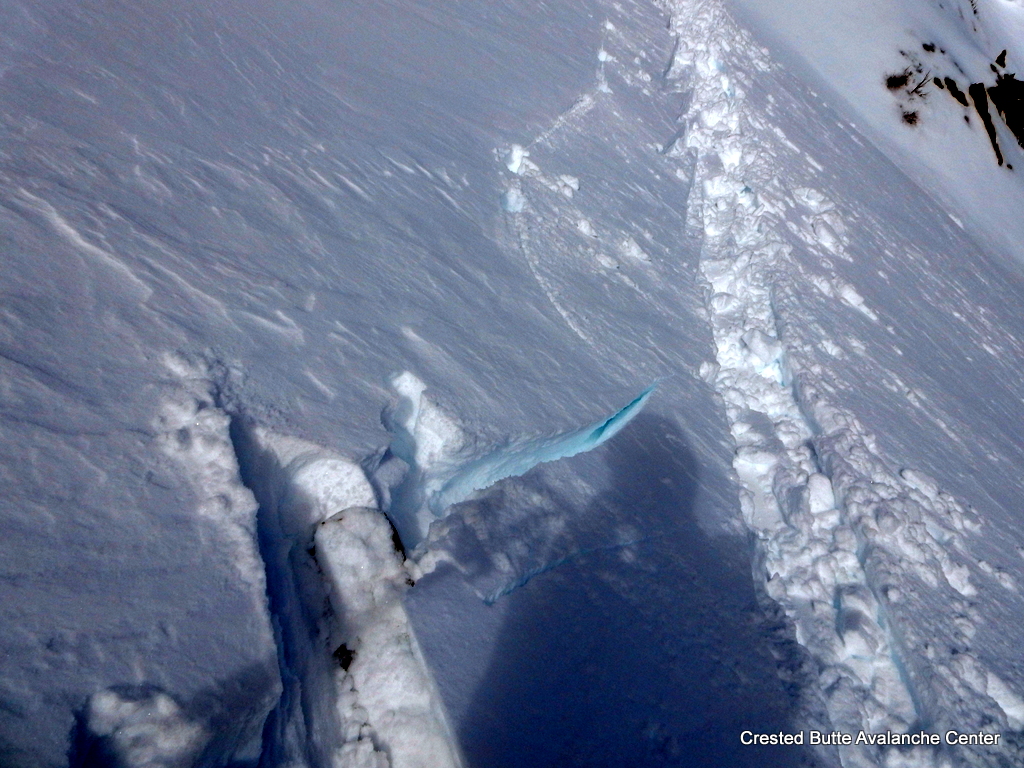 Cracking in a 12″ wind drift over buried near surface facets, NTL. 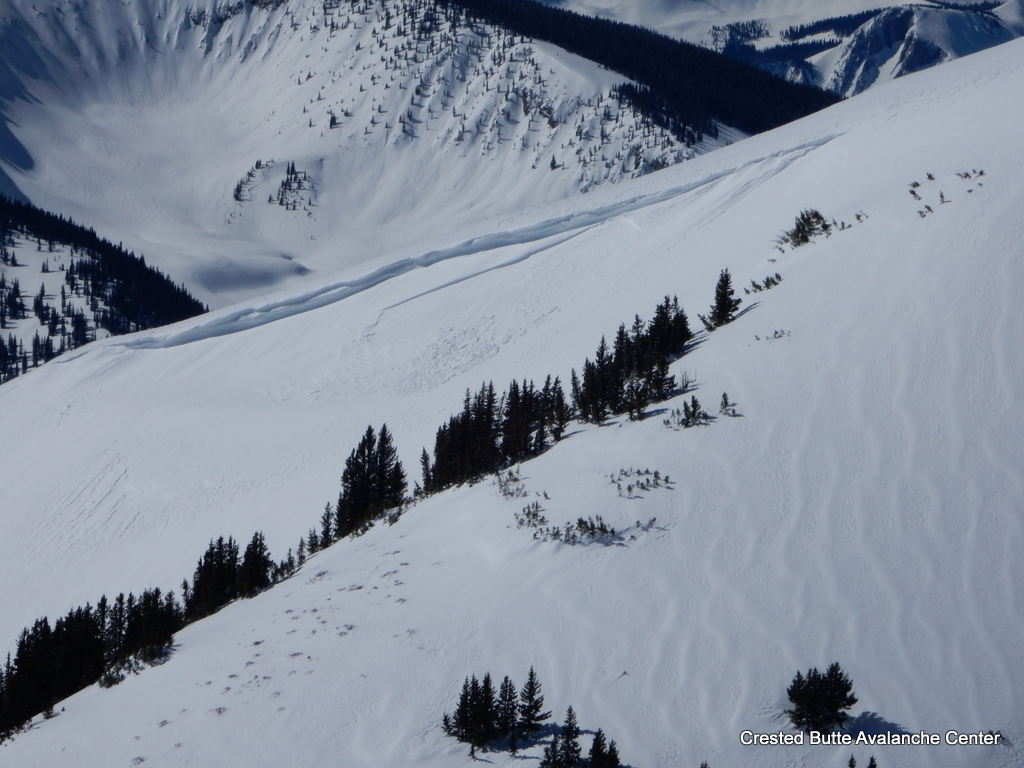 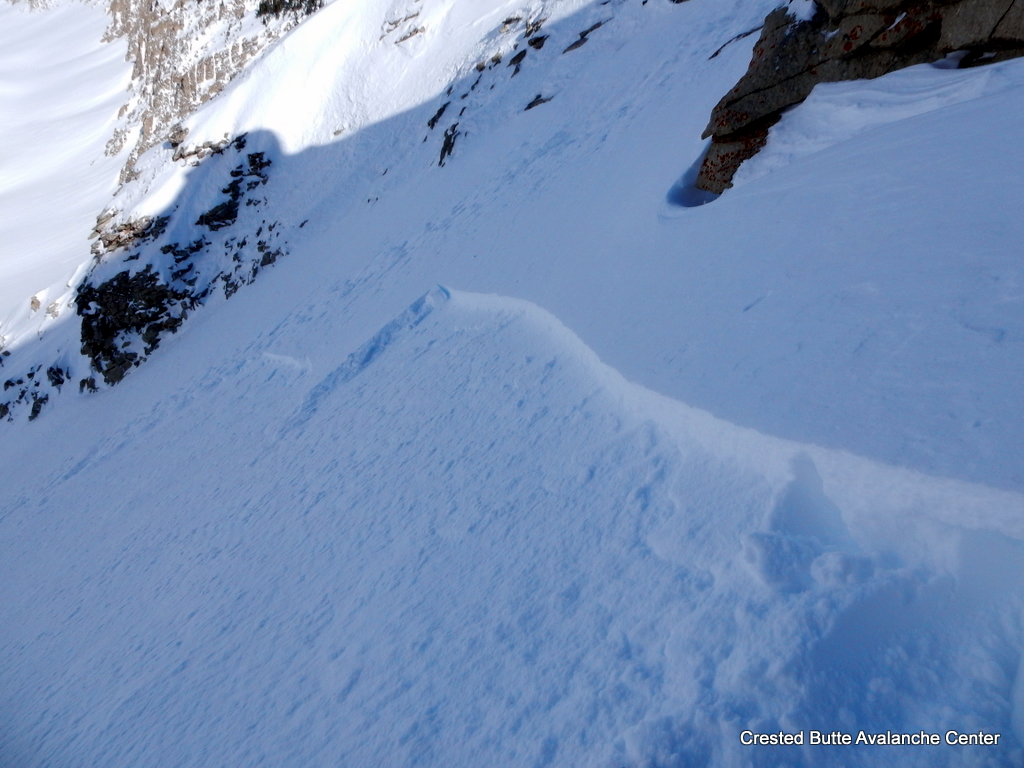 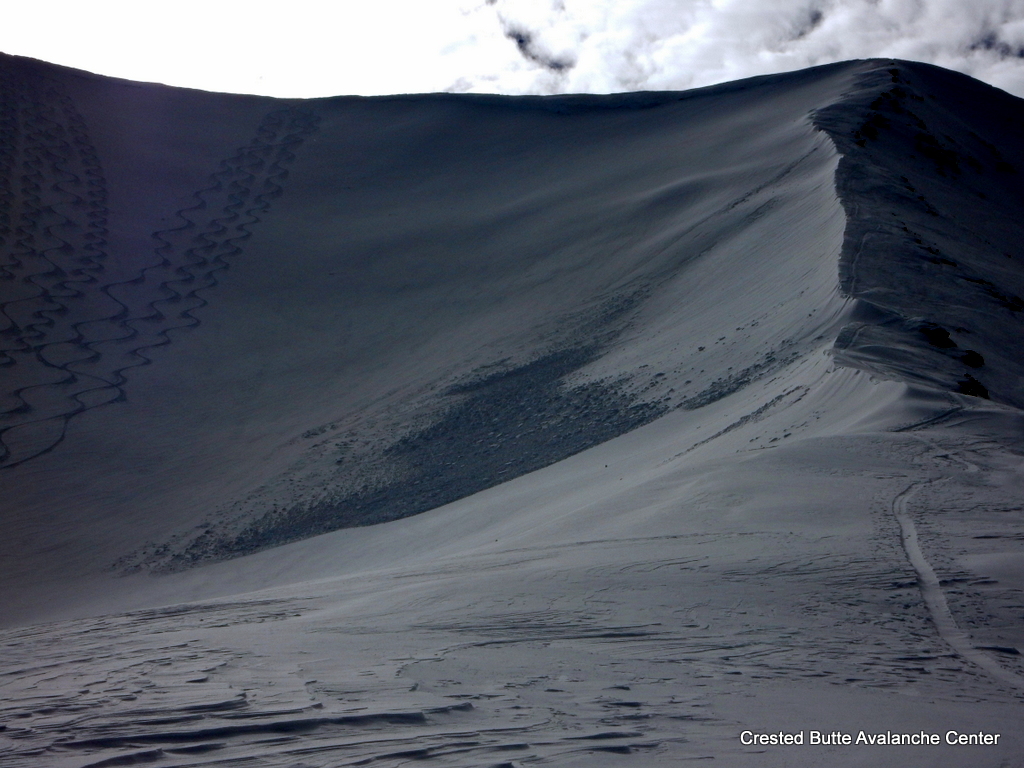 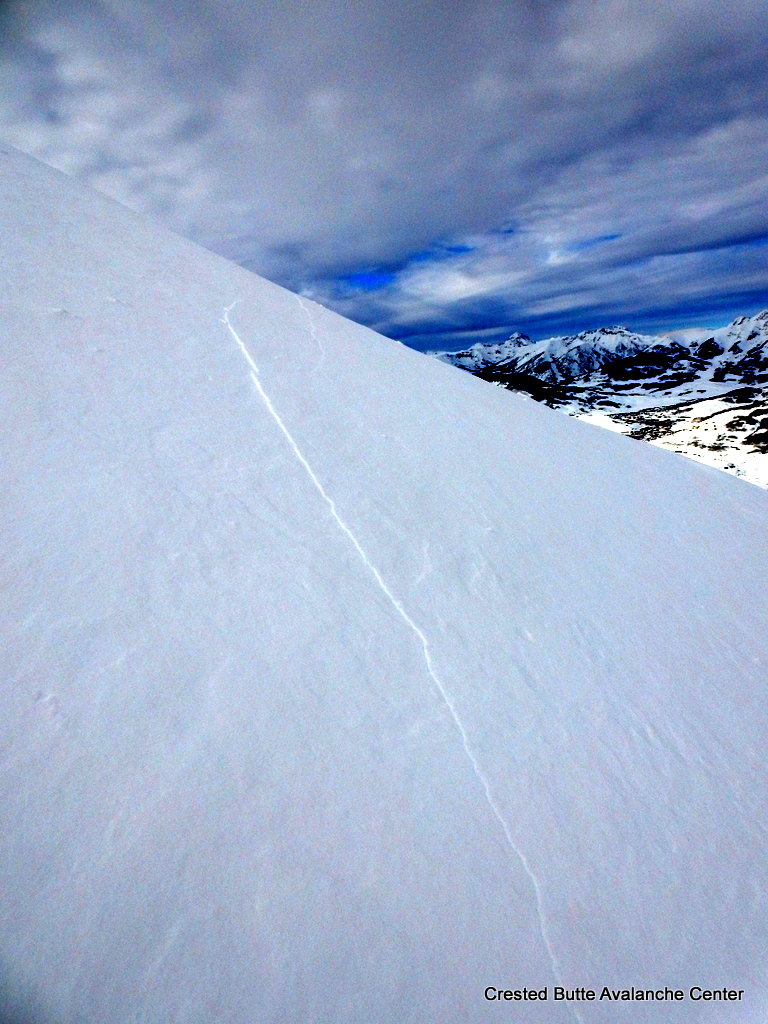 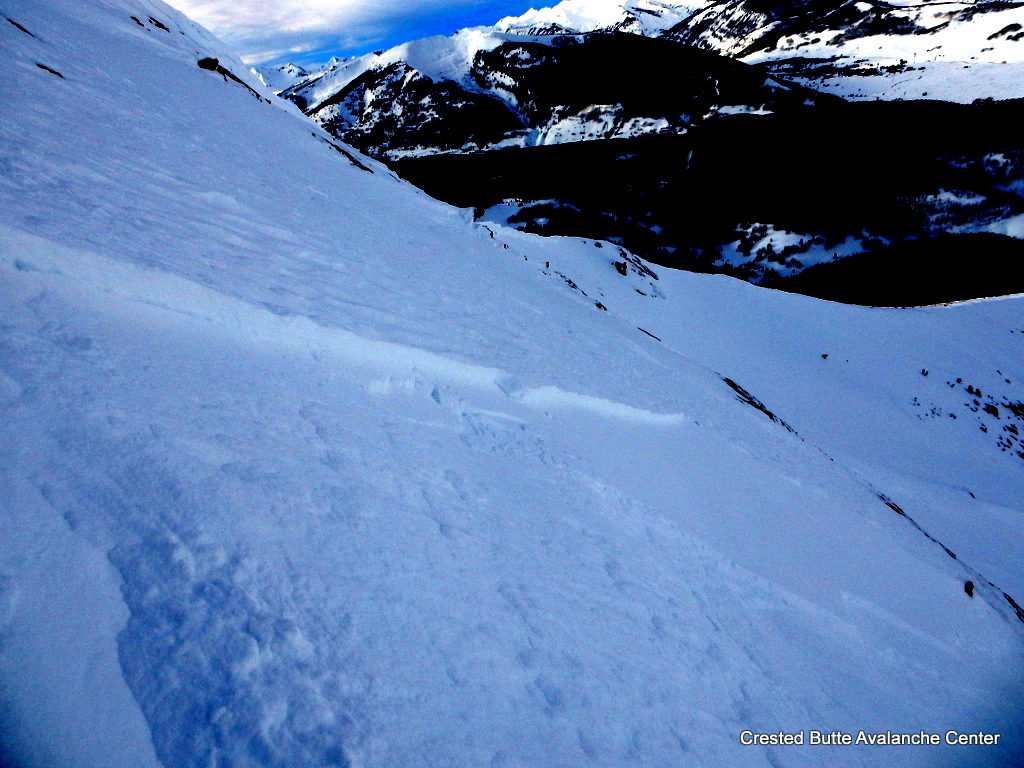