Avalanches: Widespread natural avalanches in the Happy and Climax Chutes running on the surface hoar layer, 14 -24″ deep. Most slabs were D1 to D2, R1 to R3, but in a few of the larger paths, wall-to-wall propagation and long vertical produced very destructive debris piles by valley bottom, reaching D2.5 or D3 in size. (SS-N-R4-D3-I). It appeared that about 50 to 75% of terrain flushed yesterday or overnight. Today, we remotely triggered two slabs from flat ridgeline and skier triggered another, failing on the same surface hoar layer. These were about 18-24″ deep on N/NE/E aspects NTL. One remotely triggered slide in the main Climax chute was initially ~100 feet wide but pulled in most of the bowl on its way down, over 1000 feet wide. SS-ASr-R4-D2.5-I. The others were narrower (R1/R2) and D2 in size.
Weather: Broken clouds increased to overcast with S-1 to S2 in the afternoon. Light westerly winds with moderate gusts. Cold temps.
Snowpack: Widespread surface hoar buried below a ~35 cm slab below treeline and up to 60 cm slab near treeline, still F to F+ hard. Touchiest snowpack I’ve traveled on all winter. Numerous small collapses below treeline on a gladed ridgeline, and widespread, large collapsing near treeline as glades became more sparse and slabs became thicker. A few shooting cracks observed. One crown profile on a NE aspect BTL showed hard, sudden collapse on the surface hoar in compression tests and no propagation in ECTs (I wonder if the layer already had collapsed above the crown, disrupting test results?). A profile on a SE aspect NTL showed multiple easy sudden collapse compression results and no propagation in ECT. (CT1, Q1 x 2), on the surface hoar layer above a thin crust. 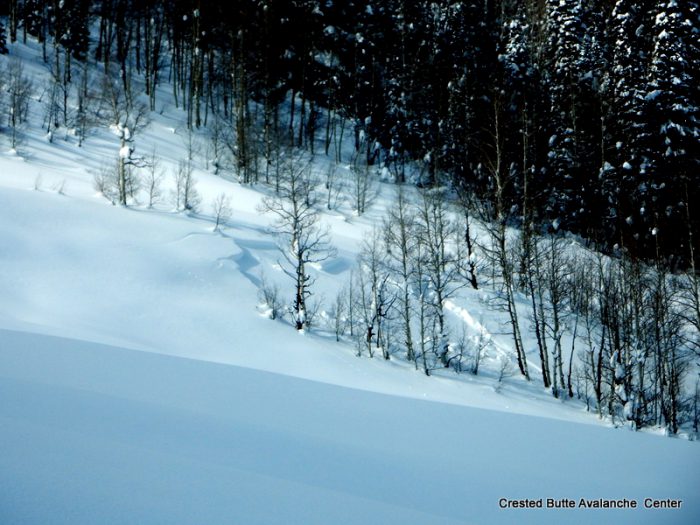 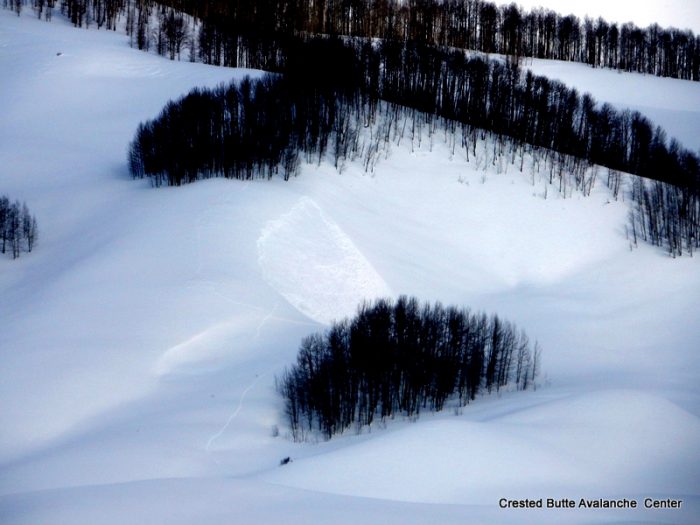 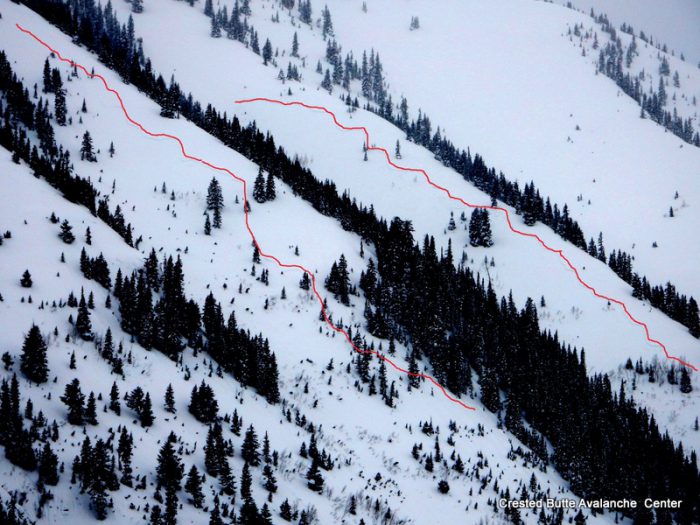 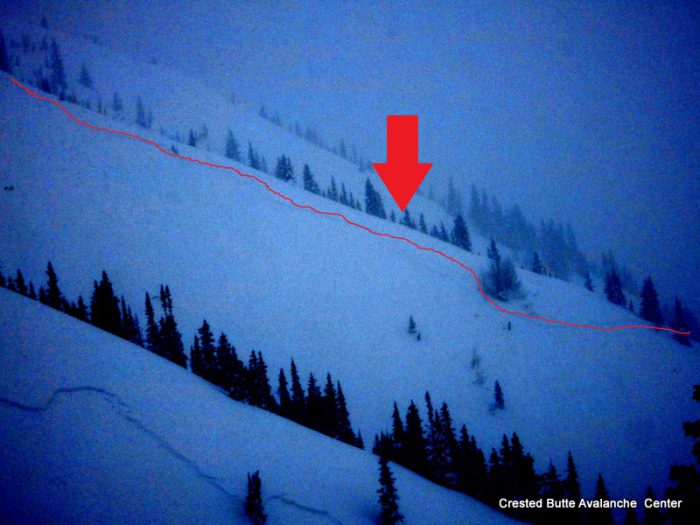 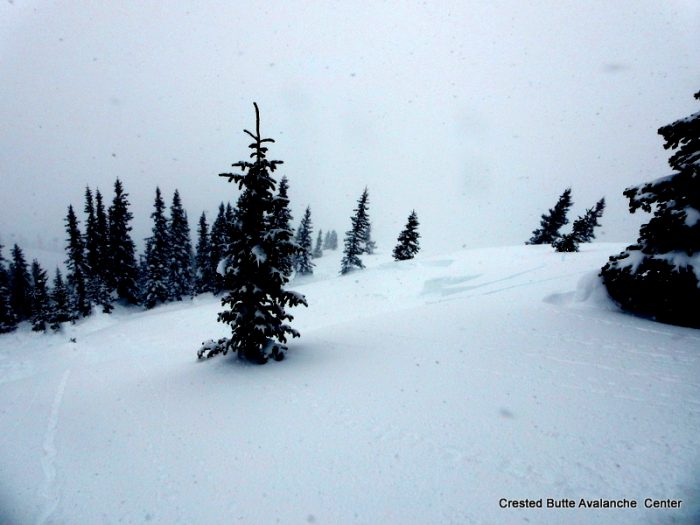 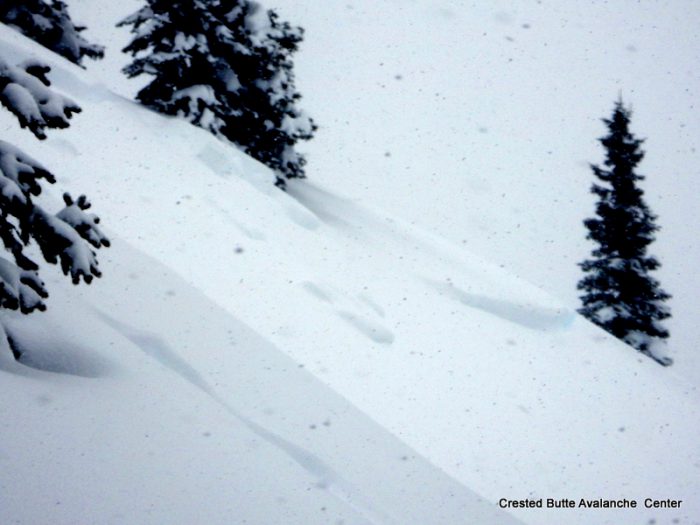 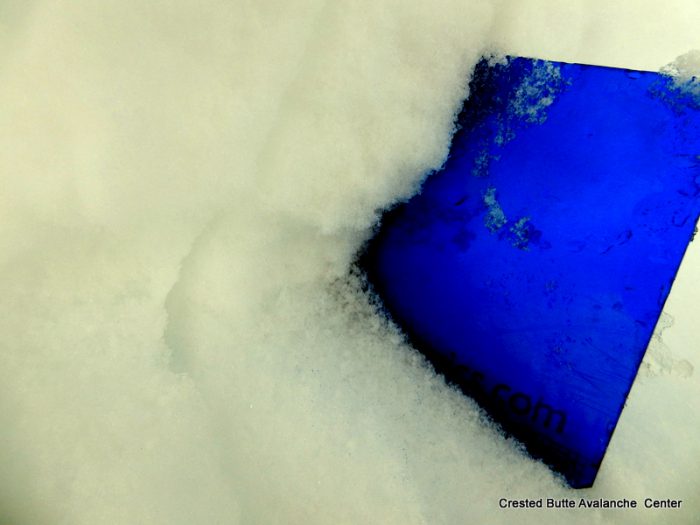 1/19 surface hoar layer the culprit in all slides observed today. 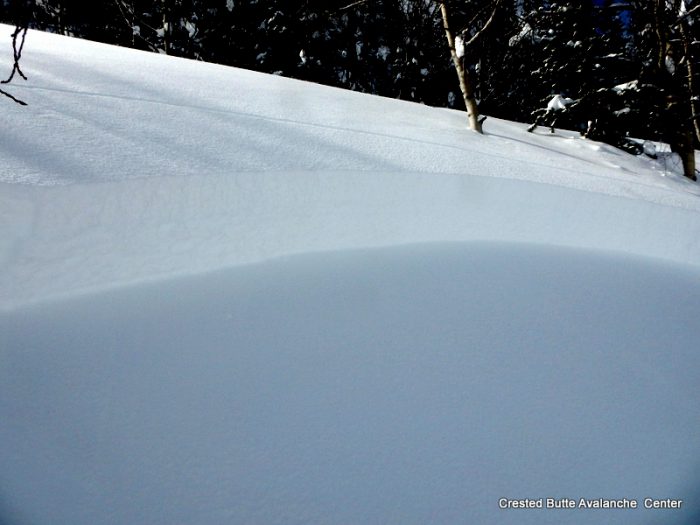 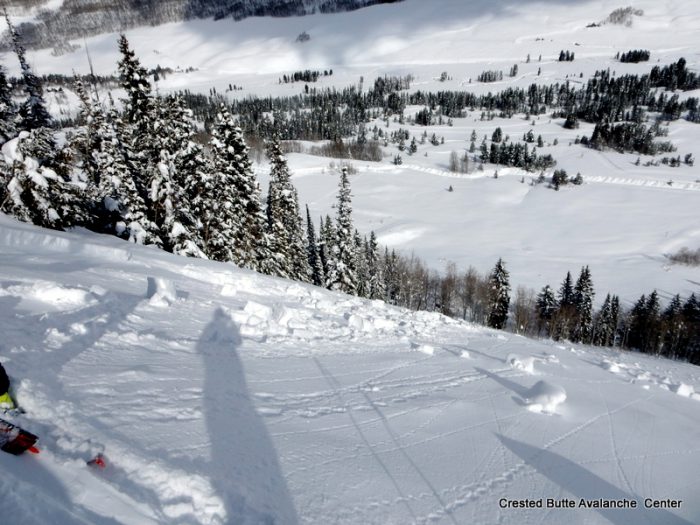