Snow volumes are greatly reduced in the Cement Creek area even at its head. Only avalanches observed were on Hunter Hill’s leeward side, NE and ENE slopes, above treeline – very drifty.

Weather: The morning began mostly cloudy with mild temperatures. By the afternoon skies were mostly sunny. Winds were very light near treeline from the WNW. A skiff of new snow overnight.
Snowpack: HS ranged from 20 to 50cm throughout the length of Cement Creek. Around 11000′ there was a noticeable uptick in volume. S and SE aspects developed a 2.5cm MFcr up through the highest elevations we traveled, 11650′; the crust was quite soft.

Dug a profile in a northeast-facing drifted feature at 11,500′ and found 74cm or so of snow. Slab development since November 20th was 44cm and up to 4finger hardness. We observed a couple of smaller collapses, up to 30 feet distance. Boot penetration was to ground. Old snow at the ground was 2 to 3mm DH capped by a friable crust. See profile

Easterly facing slopes near treeline had patchy old snow near the ground not creating continuous coverage on a slope scale. We observed a couple of collapses but very localized.

Very little to no avalanche hazard on sheltered slopes near and below treeline on all aspects as volumes are lean and slabs are thin and very soft. Drifted locations near and above treeline are the terrain locations that hold avalanche concerns; north through east-facing slopes are the bullseye. Strong winds from last weekend appeared to have formed very small, stiff slabs on cross-loaded features on a variety of aspects at upper elevations. 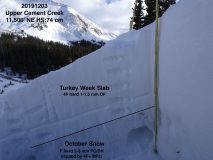 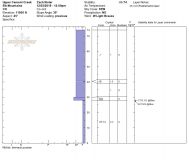 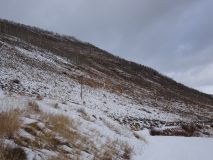 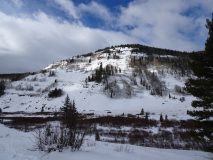 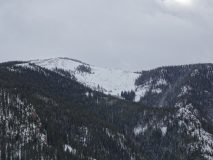 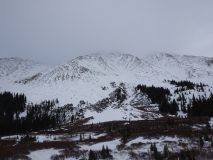 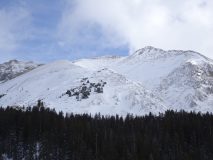 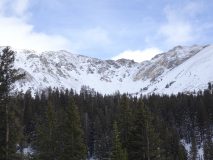 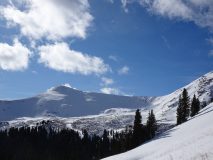 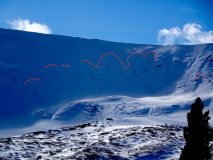 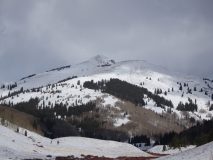