Snowpack: 5″ new snow around 11K. Up to 11,500′ this snow became moist on the southern half of the compass. Above 11,500′ surfaces were mostly dry with increasing westerly winds transporting snow onto easterly aspects. Small drifted terrain features had deposits up to a foot deep with cracking from skis traveling 10-20 feet. Last week’s crust was around 60 cm below the surface. Avoided larger drifted features in this terrain. Once below 11,500′ warming surfaces limited available snow for transport with similar slopes producing no instabilities. Winds increased after 16:00 with moving snow visible on the highest peaks. 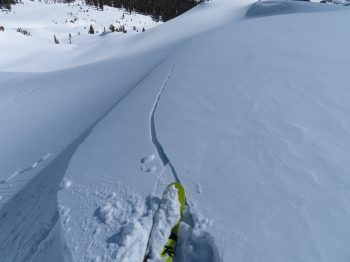 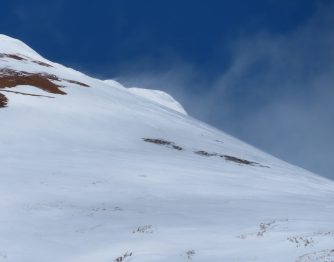 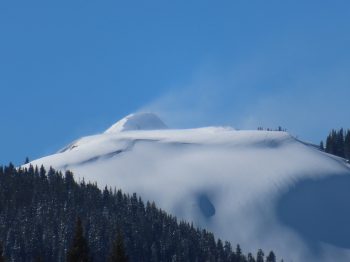