Avalanches: Observed one fresh windslab on an east aspect of Scarp Ridge, ATL, small in size. See photo. SS-N-R1-D1-U. We dropped a cornice on a S facing windloaded slope above treeline and got a small 6-8″ wind slab to pull out, which ran on a mid storm layer but gouged down to the VD crust further downslope. SS-AC-R1-D1-S
Weather: Few clouds. Moderate NW to W ridgetop winds with light transport; some stronger gusts. Warm temps.
Snowpack: Settled storm snow totals are 3-4″ along Scarp Ridge and Peeler Peak, and 2″ on Schuykill Ridge, with drifts up to 12″ thick from NW loading patterns, mostly ATL and some isolated NTL features. Snow appears to be bonding much better today to the Valentine’s Day crust; minor cracking in drifts but otherwise it was hard to get the new snow to budge. Winds kept surfaces cool at upper elevations, but we observed some small rollerballing in windsheltered southerly facing cirques N/ATL. Below treeline the new snow melded nicely into older crusts. No natural wet loose observed and we traveled on numerous southerly facing steep slopes up to 40 degrees in the afternoon with no instabilities. The VD crust remained solidly frozen and supportive through most of the day; it began to thaw late PM near bushes and rocks on S/SW aspects NTL. The northerly facing below treeline slopes that we traveled were entirely weak and faceted out, with no persistent slab structure. No signs of instability with the PS problem on various aspects and elevations. 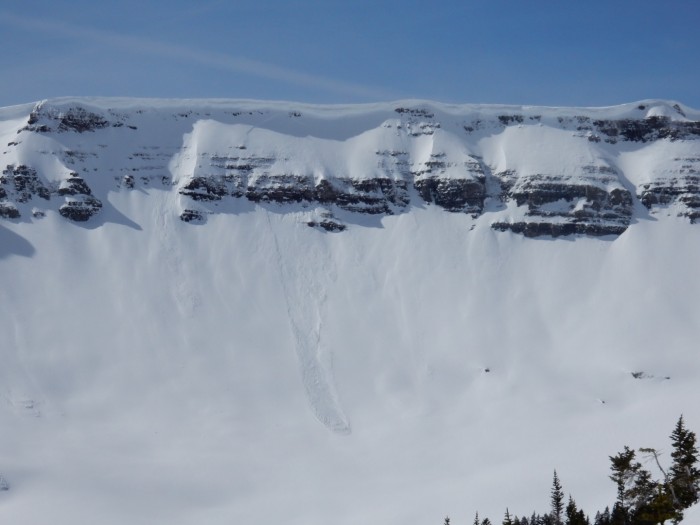