Avalanches: No avalanche problems observed
Weather: Broken skys or partly cloudy to mostly cloudy during the day. Still strong solar/warming snow surfaces and warm temps. Was at ridgeline only for about 20min and winds were light from the south to southwest.
Snowpack: Snow surfaces are highly variable through terrain and across slopes. The most concerning surfaces where on sheltered shady slopes that had near surface facets. Otherwise snow surfaces range from wind packed to some forms of ice lens, or melt form. Many of these surfaces are also wind rippled. See pictures for more details. 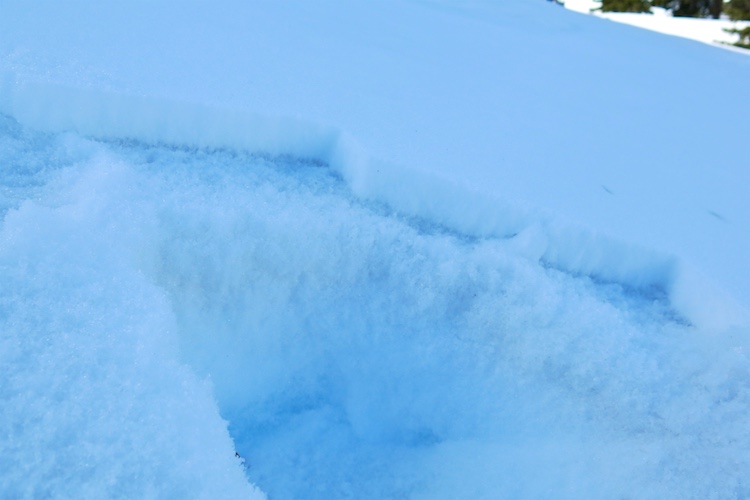 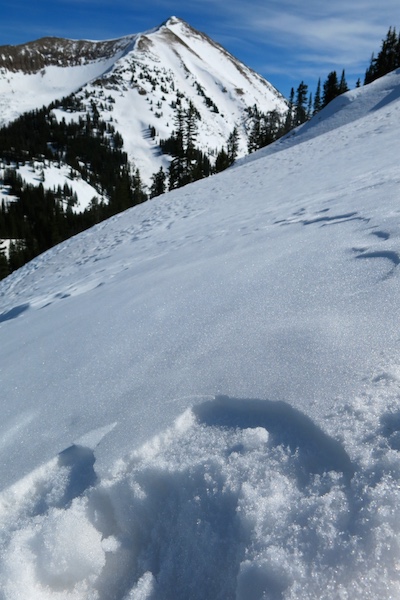 NE, 11,200, 32 degree slope. Just 50 feet below the 1st picture in this post. Wind effected snow surface with mostly wind packed particles at the surface, but some small NSF in very small pockets between the wind effect and on the surface. This soft wind crust was resting over some faceted particles but the overall snowpack structure was generally not to concerning. Big variability from concerning structure to non concerning structure is the take home. 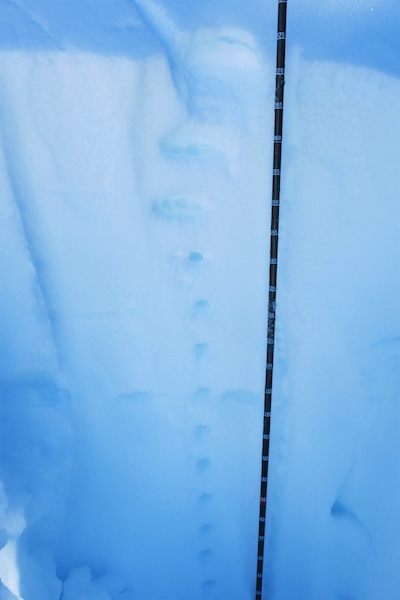 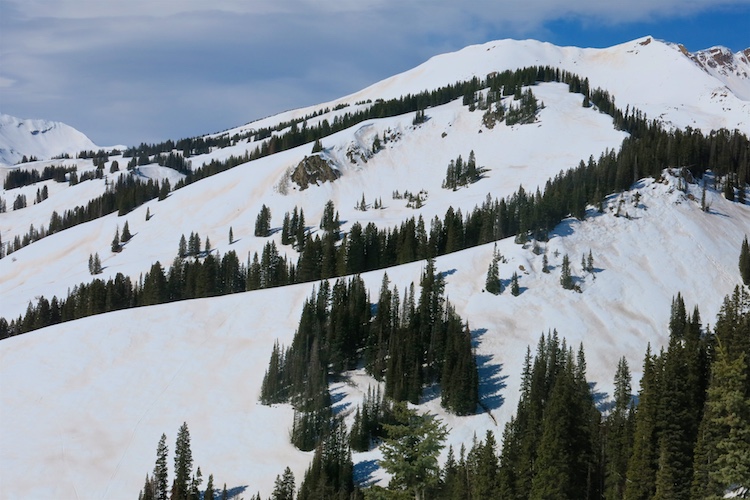 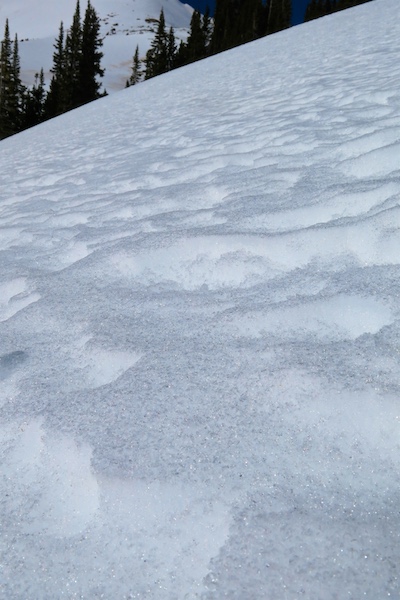 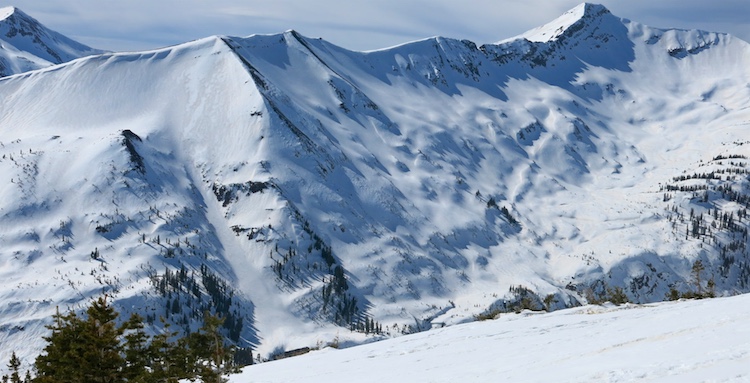 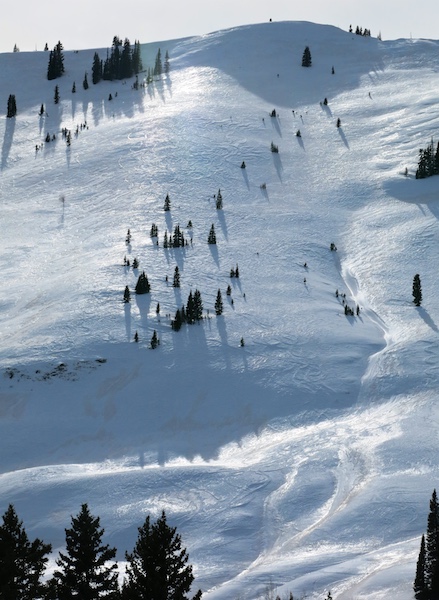