Avalanches: Easy to trigger small loose snow avalanches on slopes in the upper 30 to 40 degree range. Also received a text with pictures of similar conditions out the Slate River Drainage.

Snowpack: Mostly traveled on below treeline terrain, up to its upper threshold and gray area of change with the near treeline elevation. Some slopes had previously avalanched this season and held a much weaker and shallower snowpack. Some slopes were less than 100cm and were really loosing their mid-pack structure. Some slopes were deeper then 100cm and deserved more time to evaluate the potential consequence of triggering a large Persistent Slab avalanche on the mid-pack Surface Hoar or the Depth Hoar near the ground.

The Santa Storm snow is really impressive in how low density it is. This recent storm accumulations measured in the 6 to 7″ range. Sluffs where easy to trigger, grew in size as they descended, but still finished small in size. If we see some new snow on Friday, it will be interesting to see how it all plays out. 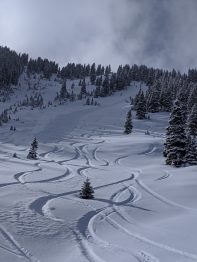 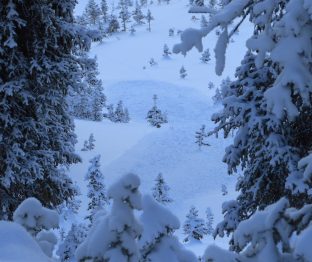 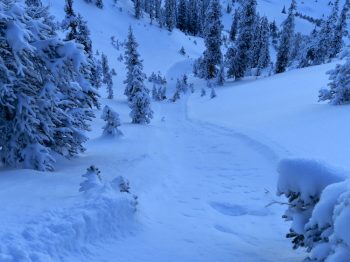 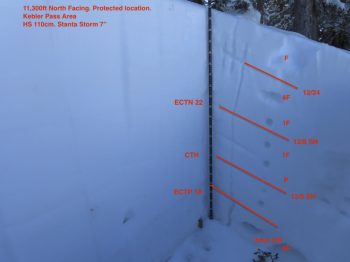