A handful of natural avalanches was observed along the Slate River Corridor.

Talking to other folks at the trailhead there are several more not included on this list in the Baxter Basin/Daisy Pass area.

Snowpack: Traveled through terrain below treeline near Pittsburg in the same area as rider triggered slide from yesterday. Surface Hoar was present on the snow surface on aspects traveled (this will likely be buried on Sunday on northerly aspects below treeline (and maybe near treeline) and potentially be the 4th Surface Hoar layer buried in the snowpack this season). Multiple collapses were observed while traveling off of existing tracks and skinner. The snowpack remains talkative(collapsing) and showing signs of instability. The basal weak layers and multiple buried Surface Hoar layers are problematic and will be responsible for more avalanche activity during the next loading cycle later this weekend.

Stability tests performed adjacent to a recent triggered avalanche suggest that these weak layers are still capable of avalanches and will not require much of a new load before failure. Propagating ECT results and collapses encouraged conservative terrain choices.

The first photo below from Schuylkill Peak is a perfect example of the current multi-weak layered snowpack with three different failure planes visible in one avalanche. 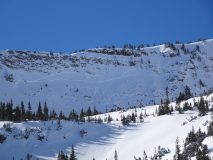 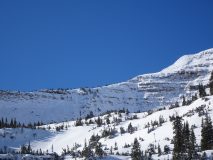 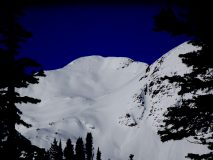 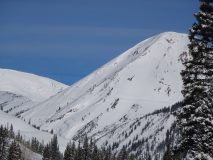 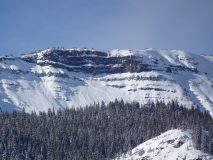 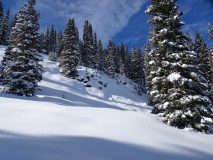