AVALANCHES: We skier triggered two persistent slab avalanches failing on the Jan 11 surface hoar layer, one of which sympathetically triggered another slide, on N to NE aspects near treeline on Peeler Peak. The slides were 1 to 1.5 feet deep. One failed 500 feet wide and sympathetically pulled out another slab about 200 feet away. They were on small features and ran roughly 150 vertical feet. SS-AS-R3-D1.5-O, SS-ASy-R1-D1-O, and SS-AS-R2-D1-O. Interesting notes: 1.) They were both triggered by the second skier from low on the slope, after the first skier had jumped around on the slopes attempting to trigger them. 2.) A large portion of the largest slide ran on slope angles below 35 degrees, with the slab pulling out on a slope as low as 20 degrees.

SNOWPACK: South aspects: Multiple layers of wet crusts and facets to the ground on N/BTL slopes. As we approached ridgetop, there was ~3″ of wet recent snow that was easily sluffing on steep pitches.

North aspects above treeline: The slopes we observed were mostly wind scoured with large sastrugi features. A few crossloaded pockets. No signs of instability on steep slopes.

North-Northeast aspects below treeline: As we descended in elevation, the slab over SH lost cohesion due to faceting and was shallower in depth (<15 cm thick), and the surface hoar became spotty in distribution in semi-gladed terrain. The snowpack felt entirely faceted with the exception of a few isolated pockets of wind-stiffened snow.  Full trapdoor skiing at lowest elevations.  No signs of instability on steep slopes. 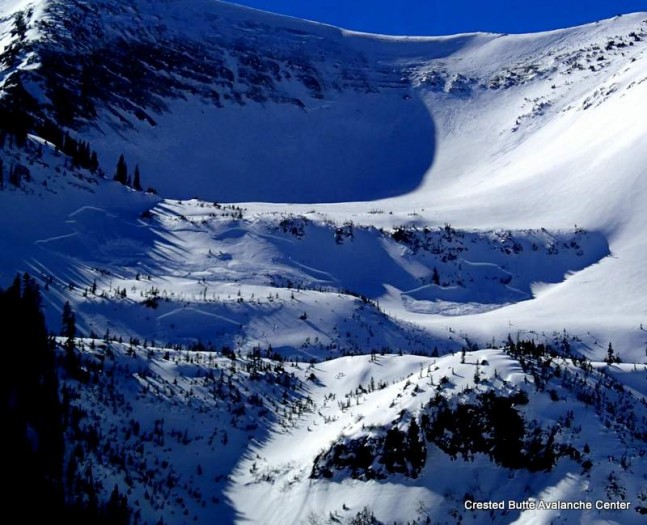 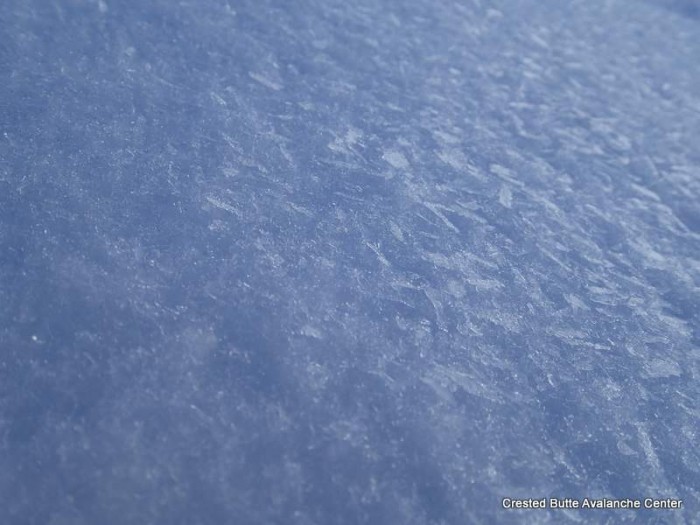 Bed surface with surface hoar still sitting on it. 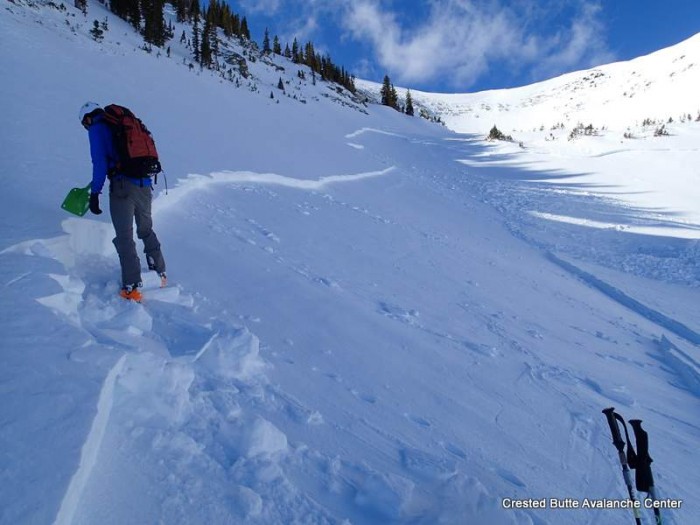 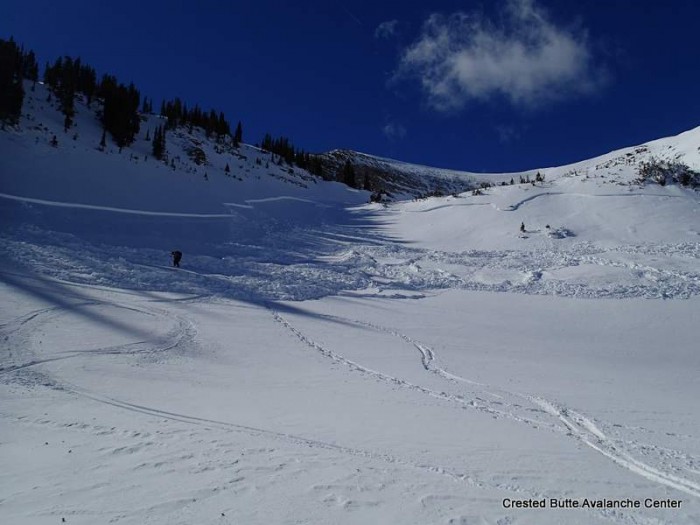 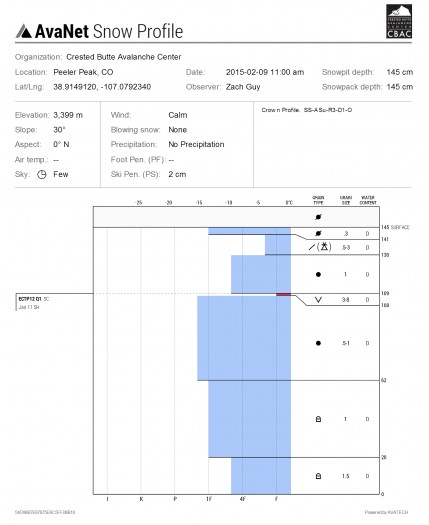 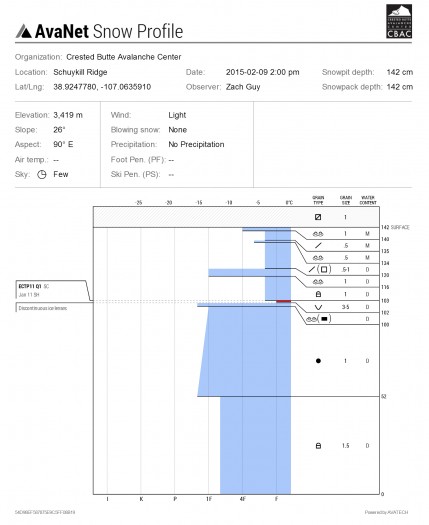