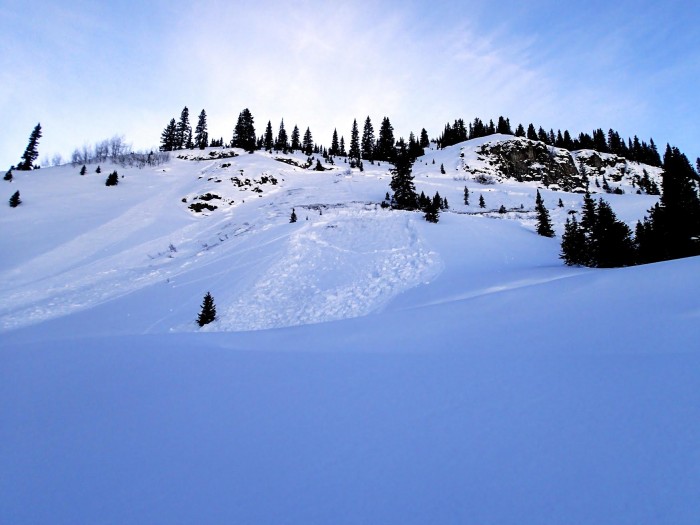 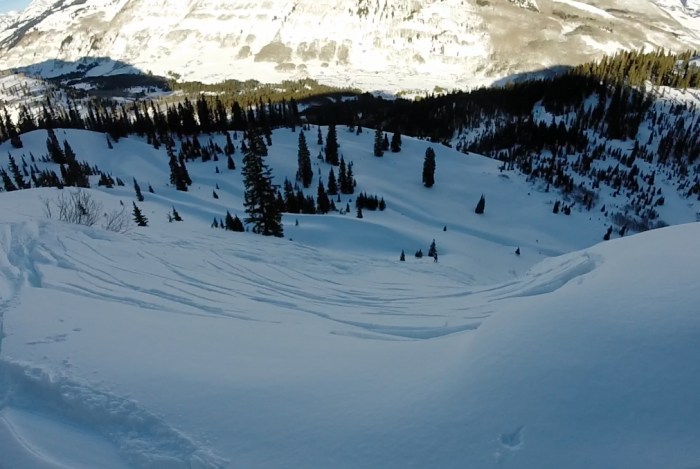 WEATHER: Clear skies and hot in the sun. Temps below freezing in the shade. Calm to light winds.

SNOWPACK/AVALANCHE OBS: Thin crusts on SE-W aspects in the valley bottom. Surface hoar was also noted in the valley bottom. While ascending the gunsight road HS remained consistent around 110cm. Outside of the skintrack no instabilities were noted, and boot pen was essentially to the ground. Hand pits consistently showed an extremely weak snowpack with no layer greater than fist hardness. One human triggered slab avalanche occurred on a NE aspect at ~10,200′. The run was a short path (~300′) between two switchbacks on the Gunsight road visible when you enter Wolverine Basin. Near the start zone HS was approximately 75cm with consistently weak snow to the ground. As I continued down the slope I felt the snow become increasingly more supportive and near the bottom felt a collapse. The slab was triggered from approximately 250ft below the crown, and the crown depth was ~75cm. The crown was approximately 150ft wide and I would classify the slide a R2-D1. Skier 1 was on the road above the path when the avalanche occurred, and skier 2 was clear of the runout by the time the avalanche accelerated.