Avalanches: Observed an unintentional skier triggered wind slab on an E/NE aspect at 12,000 ft, above treeline. The slide broke a few feet above the skier and carried them about 700 vertical feet, resulting in a partial burial, several leg injuries, and a lost ski. The slab ranged from ~5 – 15″ thick, and broke on the 2/17 near surface facet layer. The slide was about 250 feet wide. HS-ASu-R1-D2-I
Weather: Broken skies in the a.m., decreased to thin scattered mid-day, increased to overcast in the p.m. Moderate WSW winds, no transport except some plumes on high peaks. Warm temps, green-housing. No precip.
Snowpack: On S/SE aspects N/BTL. The recent snow (1″-2″) is wetting and conforming to underlying crust layer. No signs of instability.
On a wind protected NE aspect NTL. A profile showed the 2/17 near surface facet layer (.5- 1mm) buried 8 cm deep. The 1/19 surface hoar layer was 85 cm deep, intertwined with rounded grains. Broken fracture on this layer with very hard additional loading steps. No signs of instability until we got to low elevation, northerly aspects, where we got some rollerballs in the moistening surface snow.
Near and above treeline, there were signs of wind drifting from both NW and SW loading patterns. 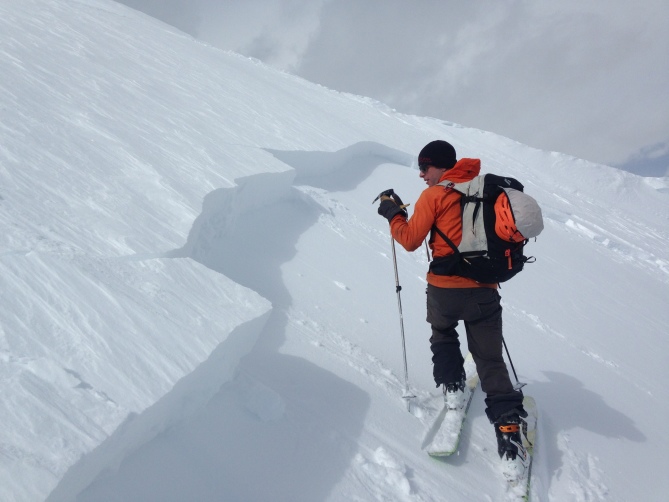 Crown ranged from 5-15″ in depth. The avalanche broke on recently buried near surface facets 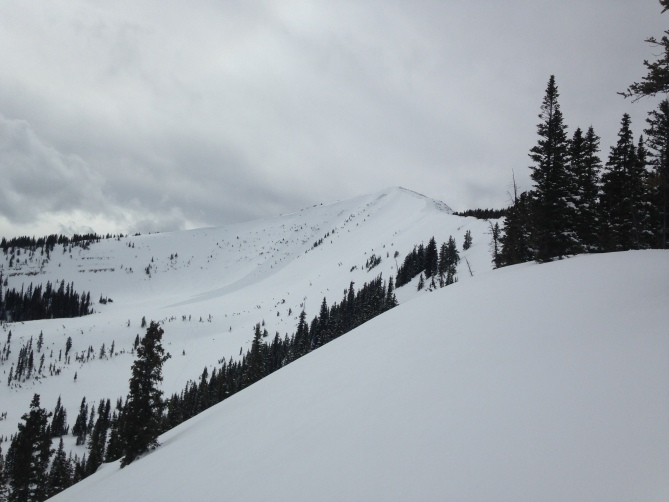 The skier was partially buried in debris after being carried about 700 vertical feet.

Looking across the crown, which thinned down to ~5″. Slide broke around 250 ft wide. 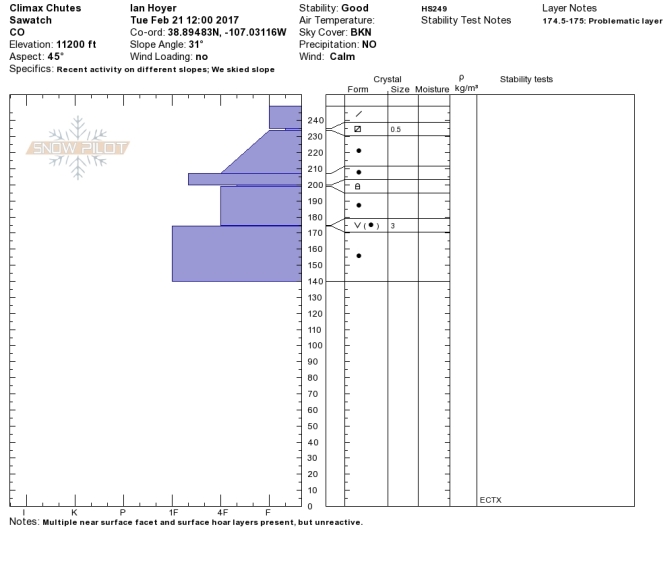 Profile in Climax Chutes showed unreactive surface hoar layer 3 feet deep, and a fragile layer of facets near the surface.