Weather: Bluebird in the morning, becoming mostly cloudy in the afternoon with light snowfall. I never got up high enough to observe ridgeline winds.

Snowpack: Fairly quick afternoon tour to get a feel of how conditions were shaping up. Targeted one SW facing slope at 10,400ft with no current avalanche concerns under this load, other than the possibility of a storm slab releasing on the preserved graupel. Recent storm accumulations were about 30cm’s at that location near the Irwin Y. Headed back through similar elevations on E to SE facing slopes and obviously, they were much more reactive. 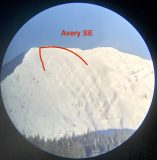 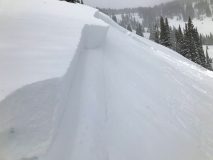 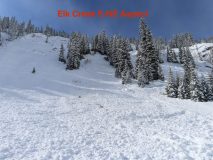 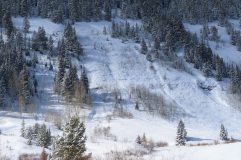 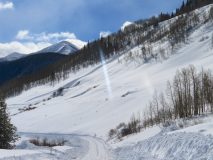