Avalanches: Multiple crown lines across the N/NE/E bowl of Schuylkill Peak, faintly visible because they ran naturally mid storm. Hard to tell whether they originally connected or were separate slides. Debris was completely smoothed over by snow and wind. I would estimate they were D2 in size, failing on old snow layers near the ground. Vis of surrounding terrain was obscured by clouds, so no other avy obs.
Weather: Calm winds in basin. Light snow transport observed at peak summit. Cold temps. Scattered to broken skies.
Snowpack: On E to NE aspects.: Snow depth increased from 75 cm below treeline to 115 cm above treeline, with settled recent storm totals ~60 cm below treeline, and variable above treeline due to wind drifting.
Below treeline, the snowpack was generally right side up, with moist 1mm rounding facets at the ground and a soft 60 cm slab above. The base of the snowpack began to feel increasingly hollow with elevation gain, but no sharp hardness changes. Hand pits showed dry 1mm facets near the ground below a 60-70cm soft slab. No cracking or collapsing observed on numerous small, steep rollovers near and below treeline. The bowl above treeline appeared to have mostly avalanched naturally, leaving a snowpack of ~20 cm of post-release fist hard snow over grass/talus 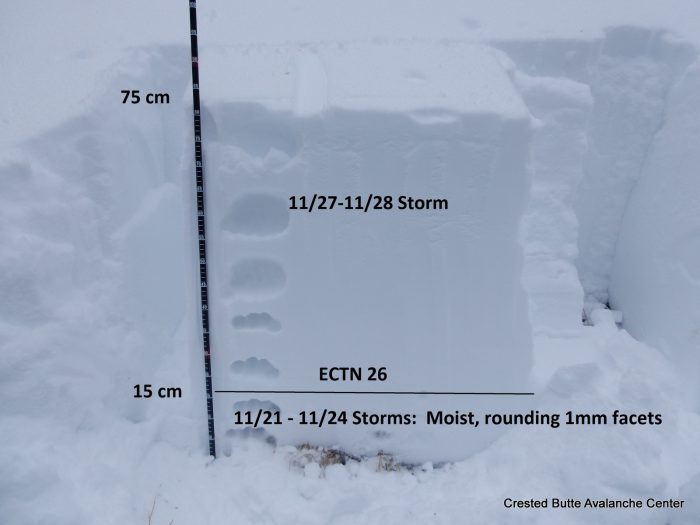 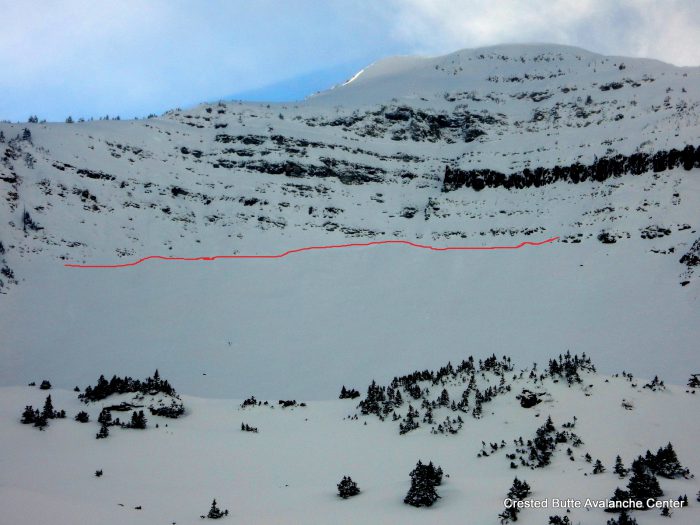 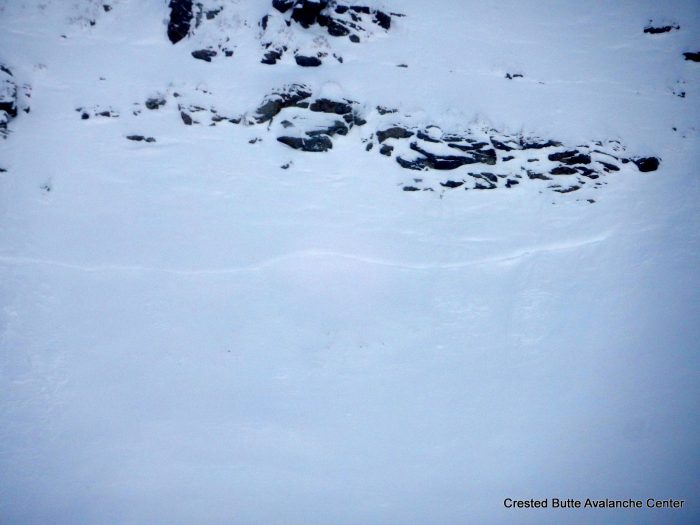 Zoom in of crown, ENE aspect 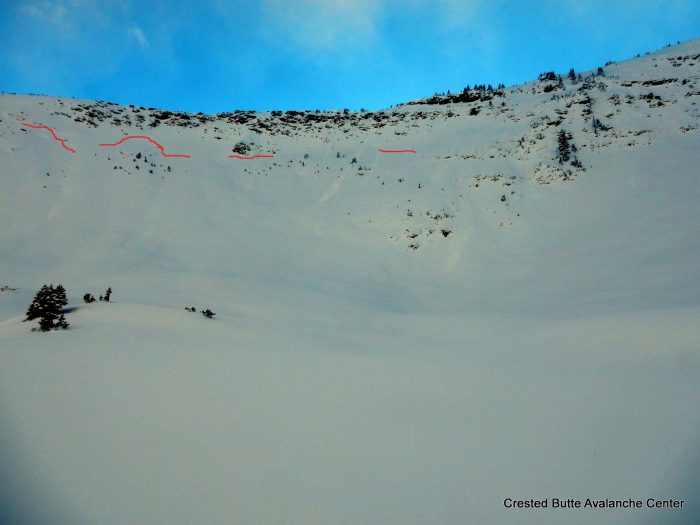 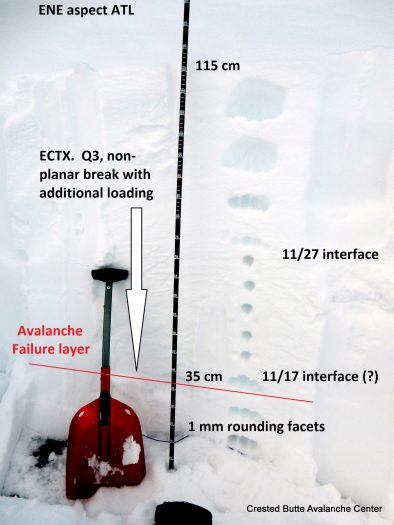