Avalanches: Looking down the spine of the Ruby Range, there were no signifiant recent avalanche results. Some things were probably smoothed over quickly during the extreme wind event on Friday. Otherwise simple storm slabs and shallow wind-slabs here and there, with nothing obviously deep.

Estimated Snow Bike triggered avalanche from low on the slope. ESE aspect, 11,100ft elevation. Estimated 80-100cm crown. Interesting that the crown wasn’t higher on the slope or that it didn’t propagate wider. Maybe SH pocket as this is somewhat low in Robinson Basin and protected from some wind.

Weather: Lovely day out there. Calm to light winds in the alpine, moving a little snow on the highest peaks. Clear sky in the morning, high clouds for the middle of the day and back to clear in the late afternoon.

Snowpack: Worked the terrain to avoided obvious wind-loaded features. Otherwise traveled fairly aggressively. Lots of folks and different user groups stepping out more and more aggressive tracks.
We mostly traveled near and above treeline. The snowpack was dense with boot pen around 30 cm. The snow surfaces were riding really well thanks to the last 8-10″ of snow that fall on Friday night into Saturday as the winds were deceasing.

Steep southeast and south slopes had some roller balls and a couple loose snow avalanches given the warm temps and good solar. 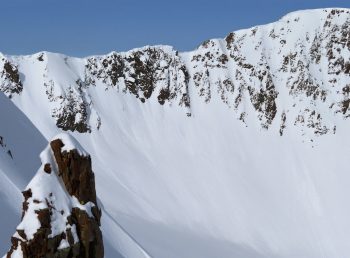 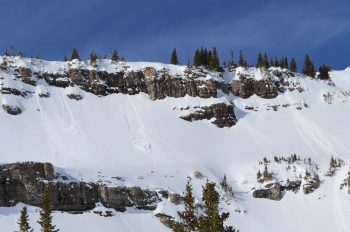 Some roller balls and loose snow avalanches on steep rocky SE at 11,500. 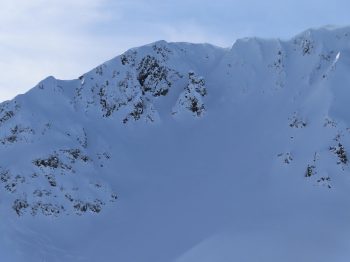 Poor light on Owen’s East Face. A few debris piles have been smoothed over in its upper apron. 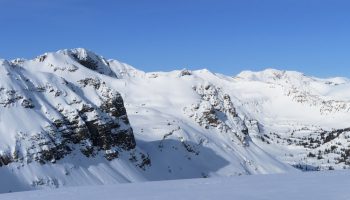 Looking Down the Ruby Range 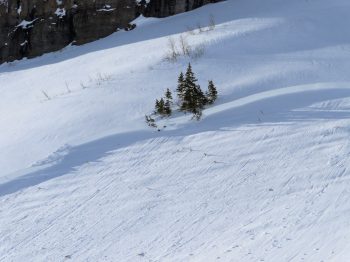 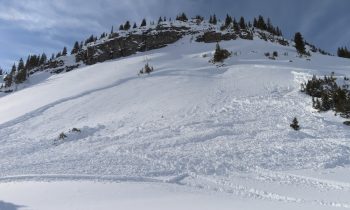