Avalanches: A group ahead of us remotely triggered 3 D1 soft slabs above a steep NE rollover below treeline, about a foot deep. Another rollover near treeline looked to be skier triggered today as well. All of these were 4F to F hard slabs over a very thin, faceted crust.
See photos of numerous previously unreported natural avalanches from around the zone that ran around 2/28. Some impressive propagation and long running slides, up to D2.5 in size.
Weather: Clear, light winds, cool temps.
Snowpack: The avalanches that failed today all held a common ingredient; enough easterly tilt to hold a very thin, faceted crust. On more northerly facing slopes lacking this crust, the buried near surface facet layer (35 cm deep) was unreactive in pits (ECTN19, BRK) and on ski cuts in steep terrain. We got several rolling collapses on low angle SE aspects NTL, but the collapses didn’t produce any avalanches in nearby start zones. 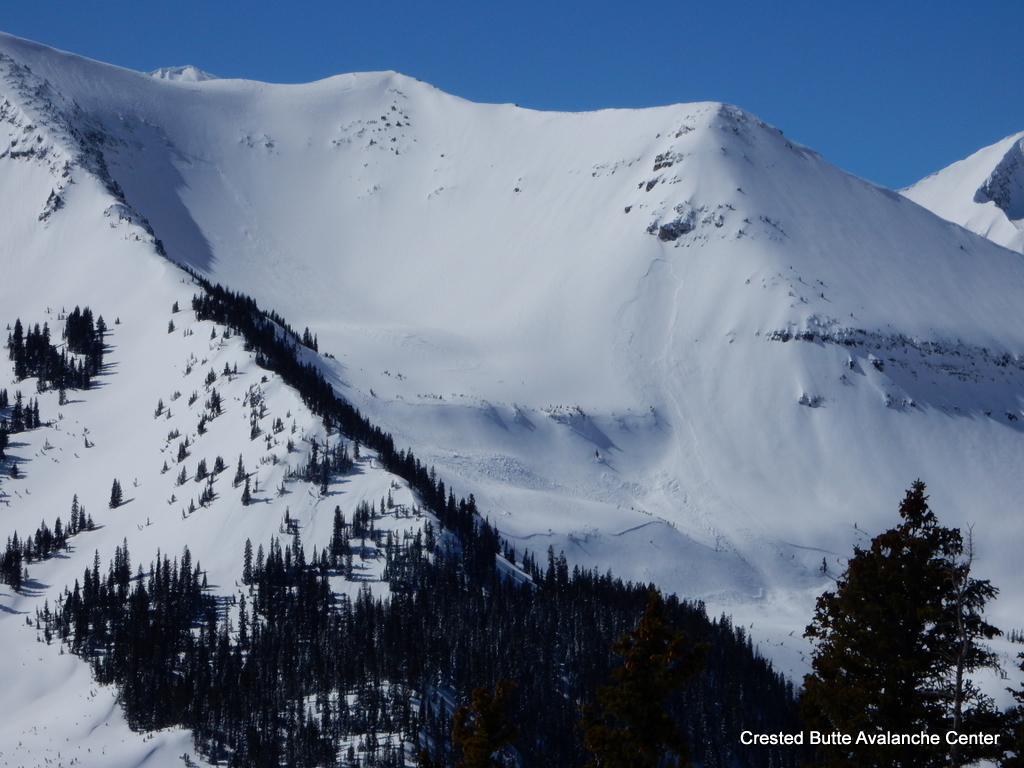 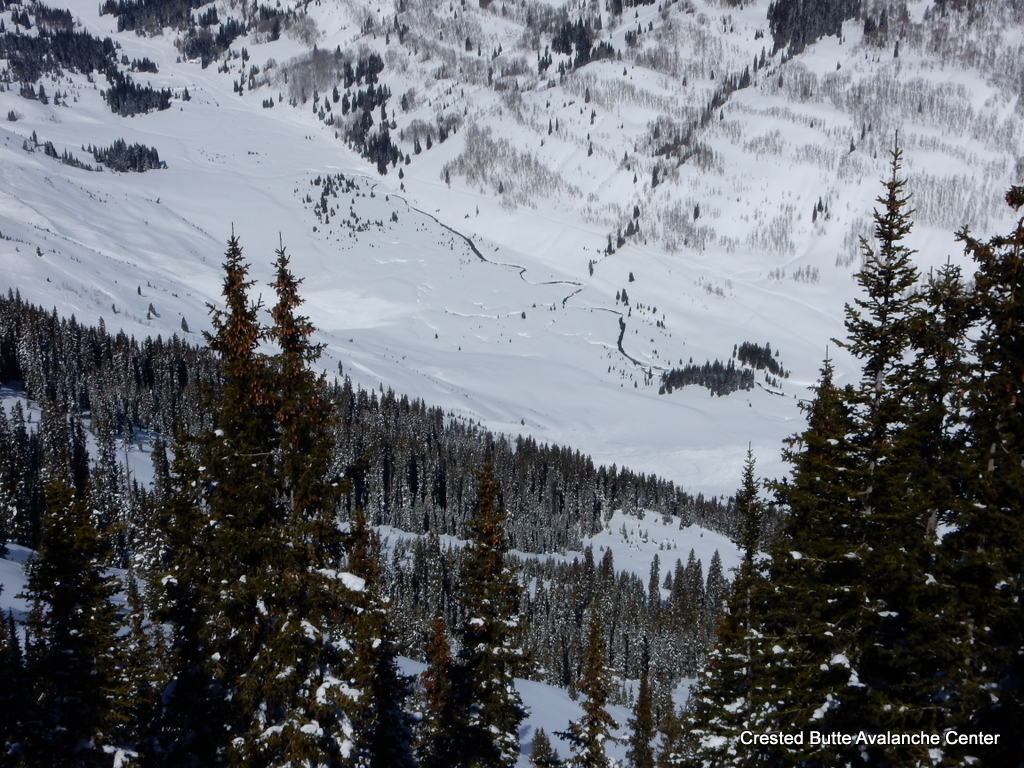 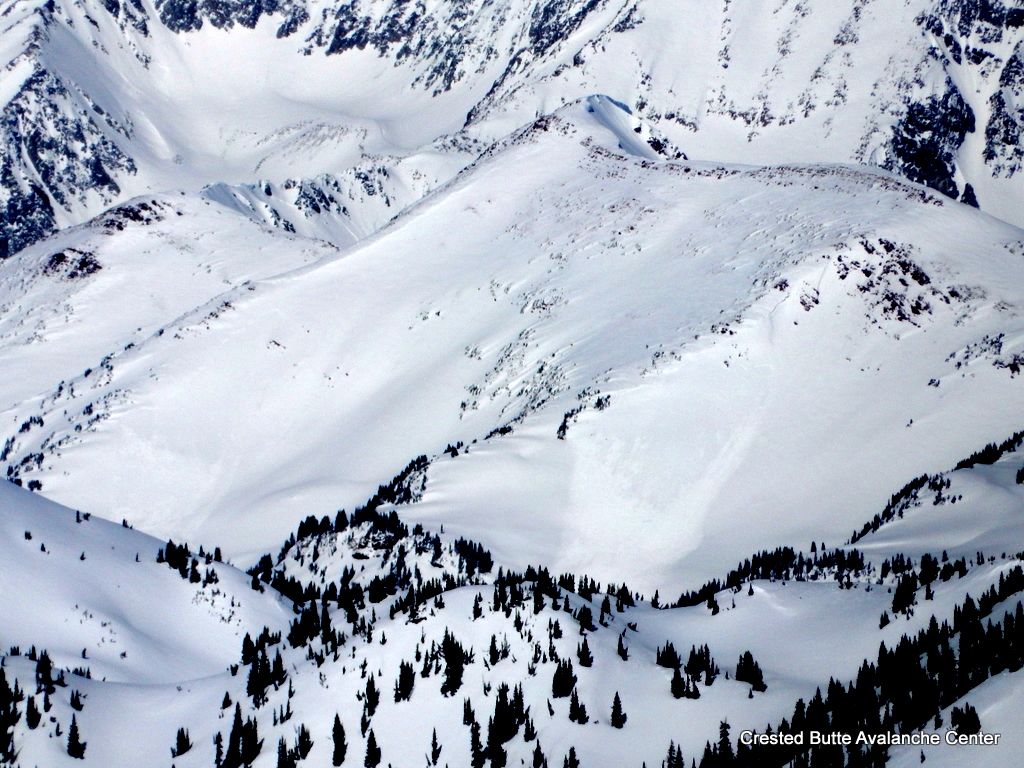 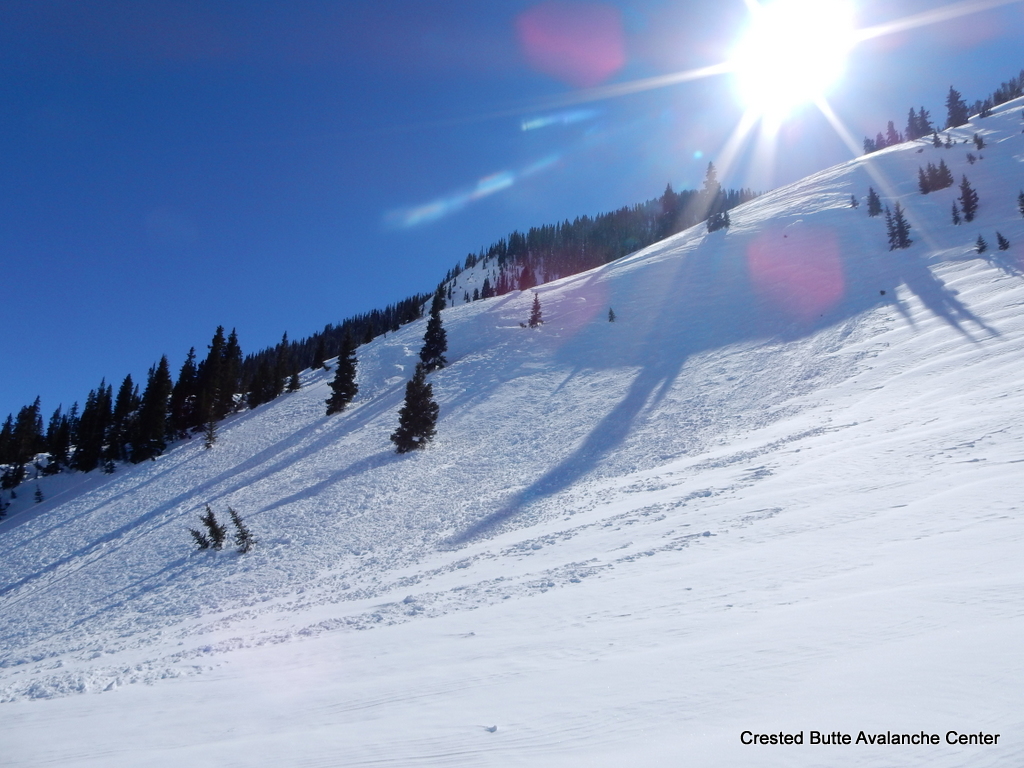 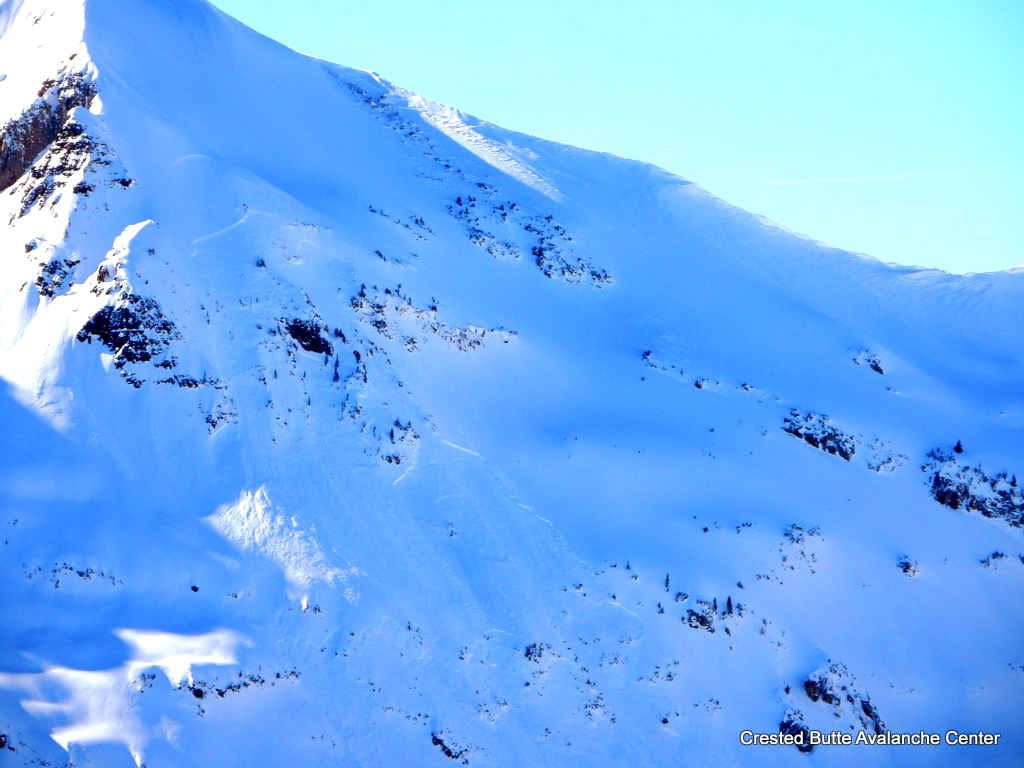 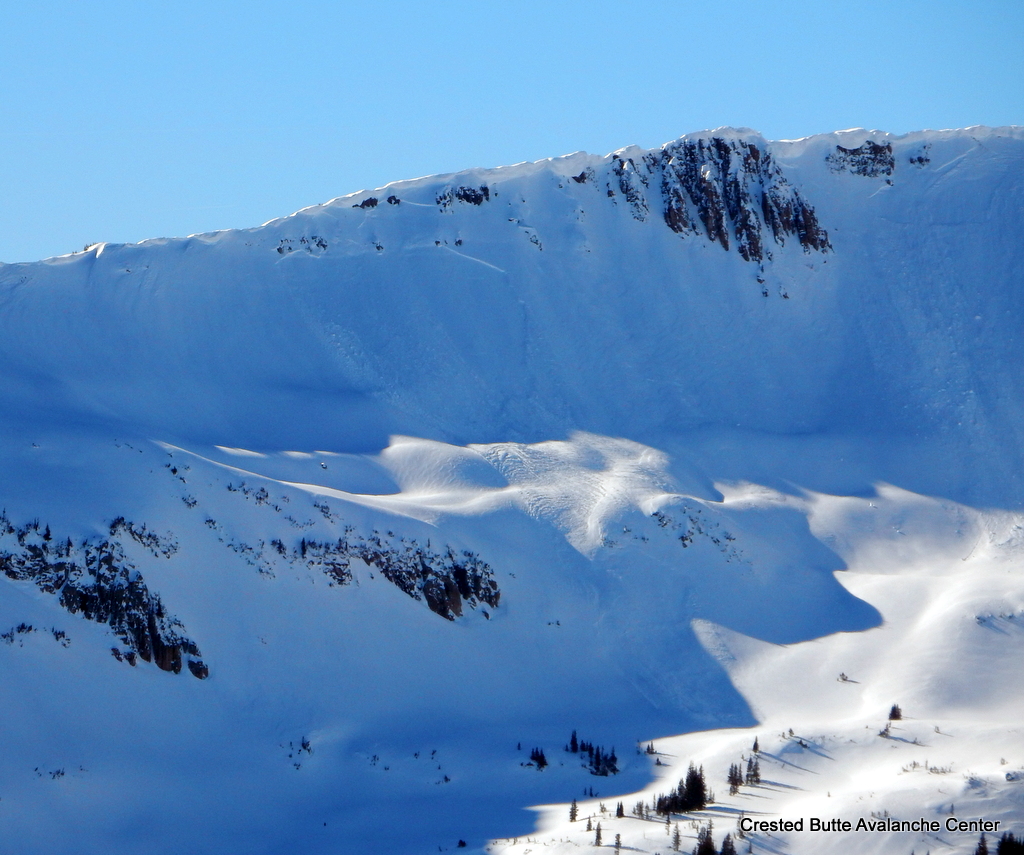 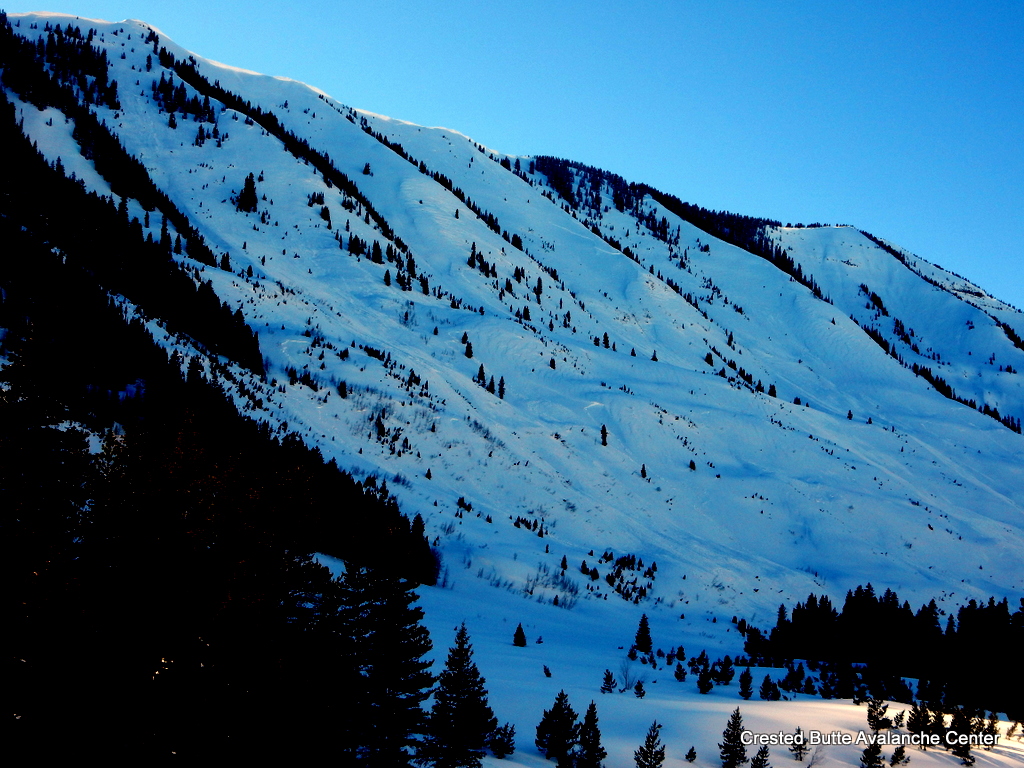 Extensive avalanching on the west side of Schuylkill Ridge. Most paths ran with many widely propagating slides. D1.5 to D2.5, E and NE aspects. 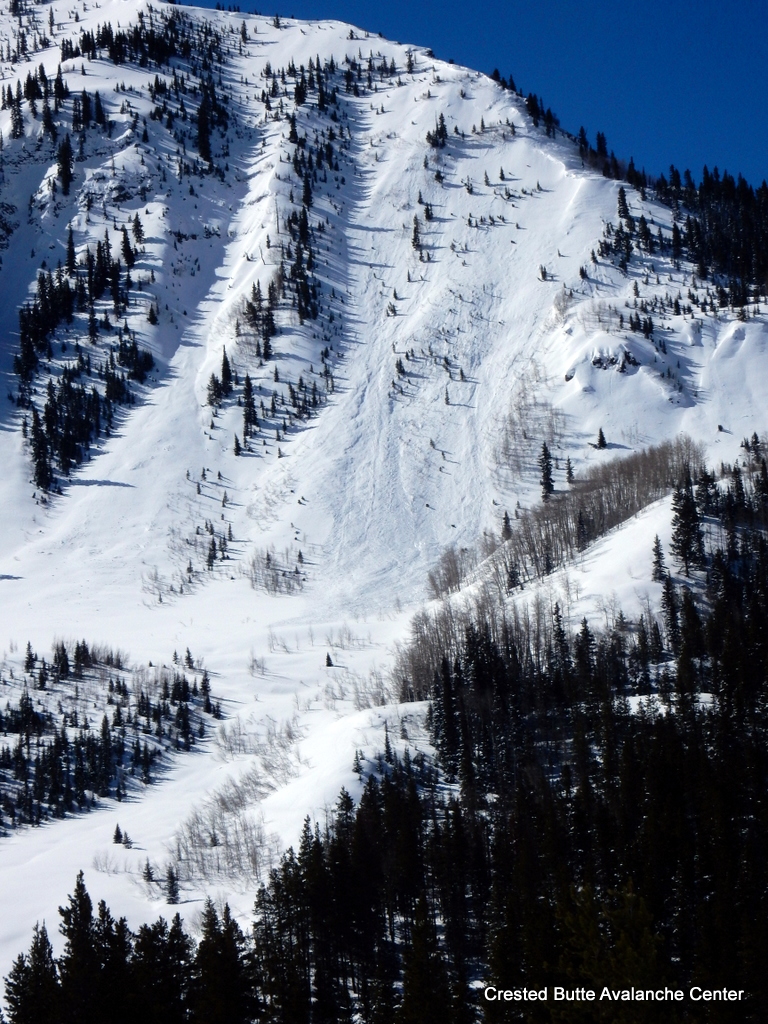 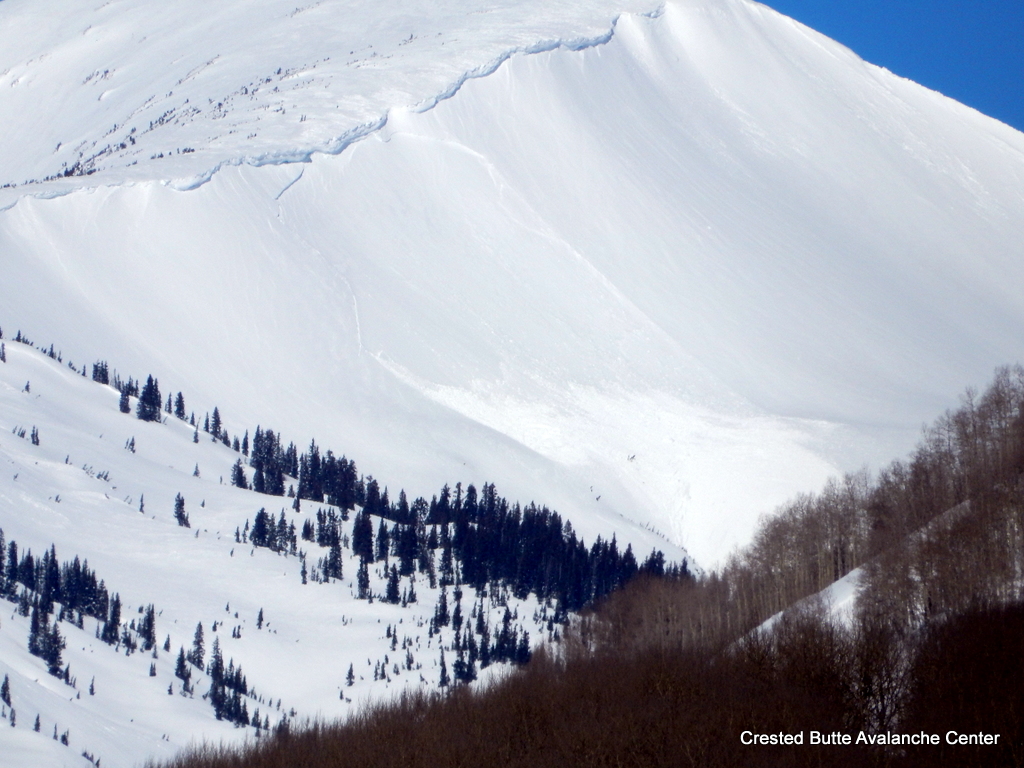 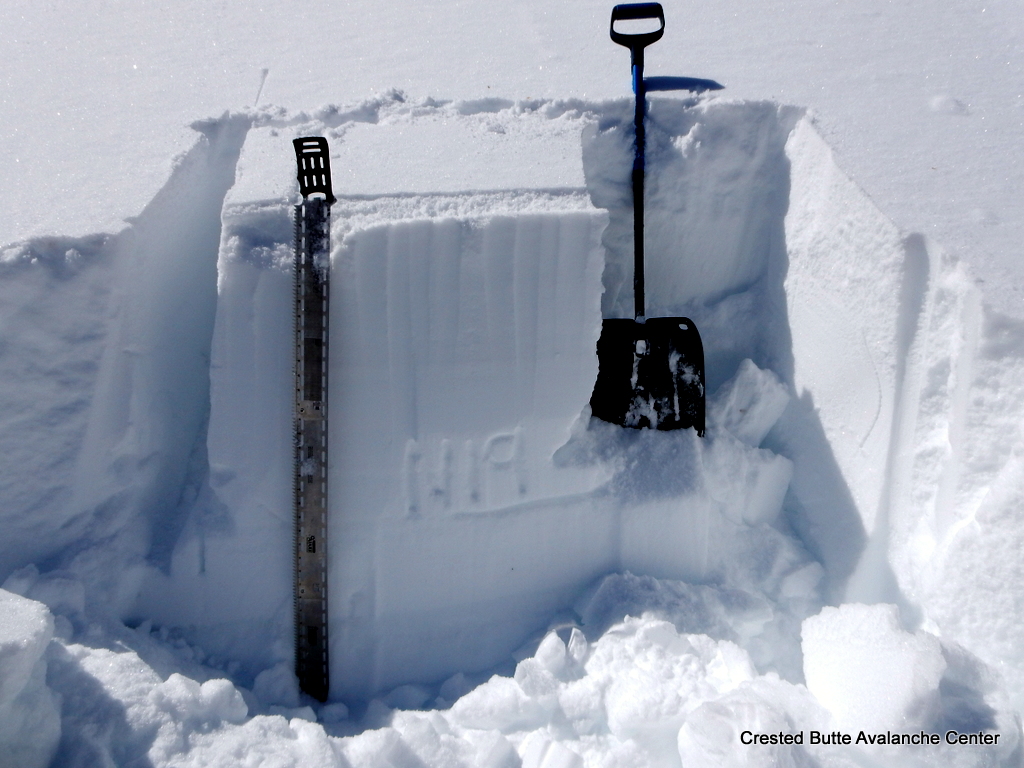 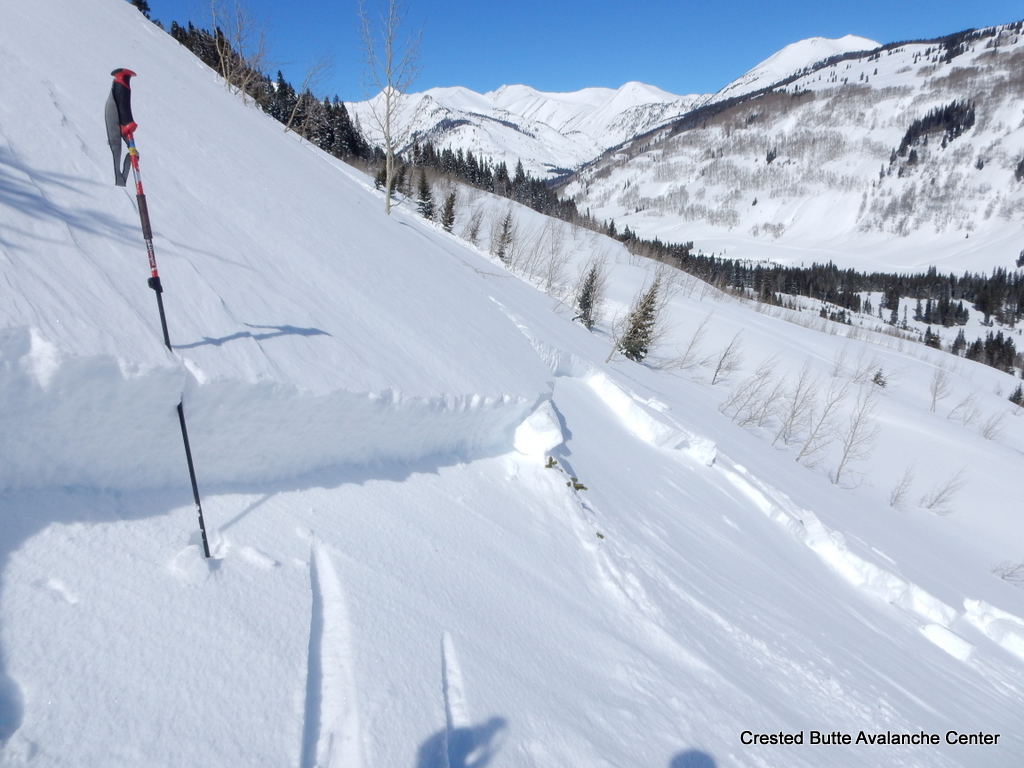 Crown was up to a foot thick, failed on a very thin faceted crust. 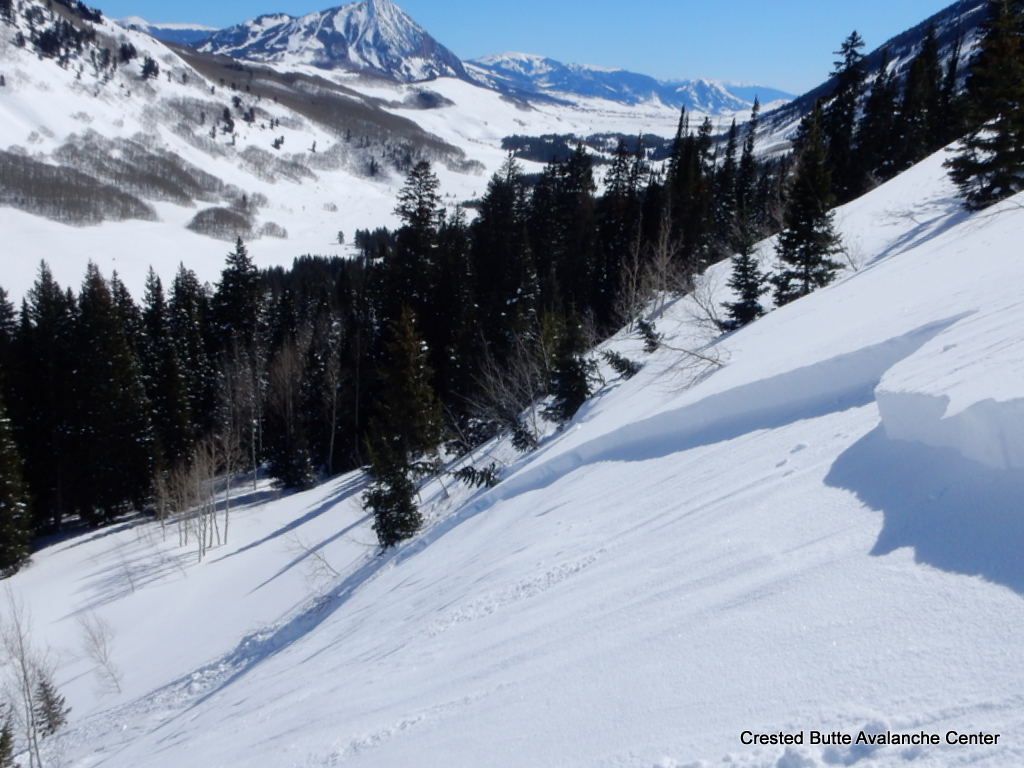 One of 3 remotely triggered D1’s on NE aspects BTL. Triggered from above. 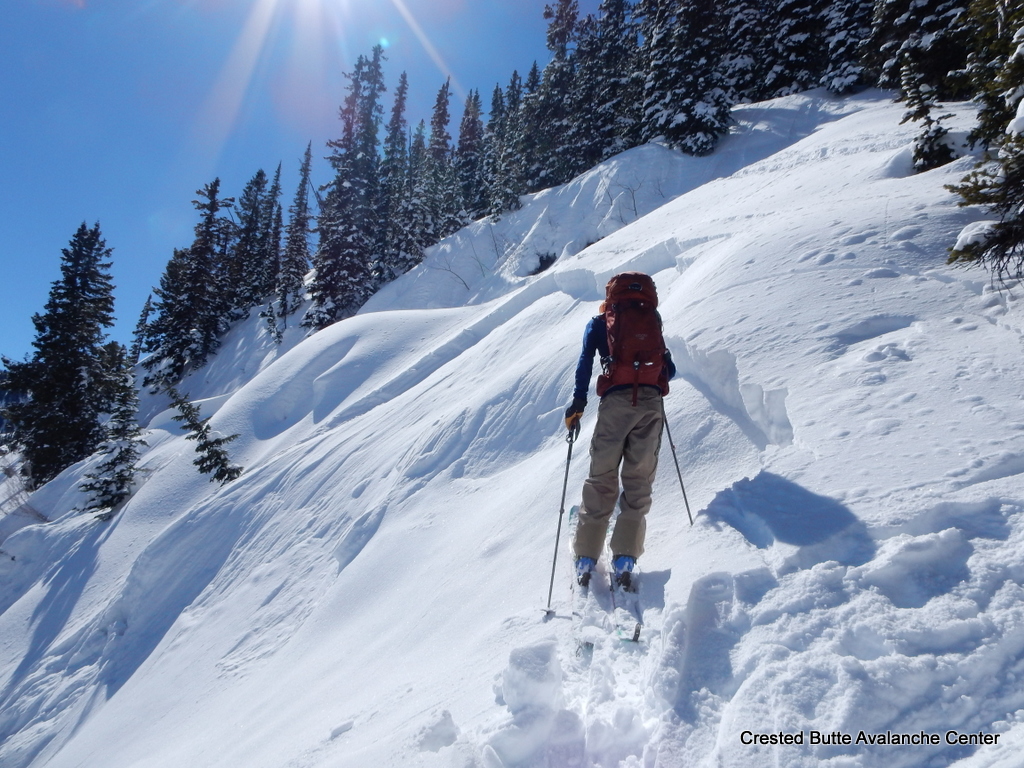 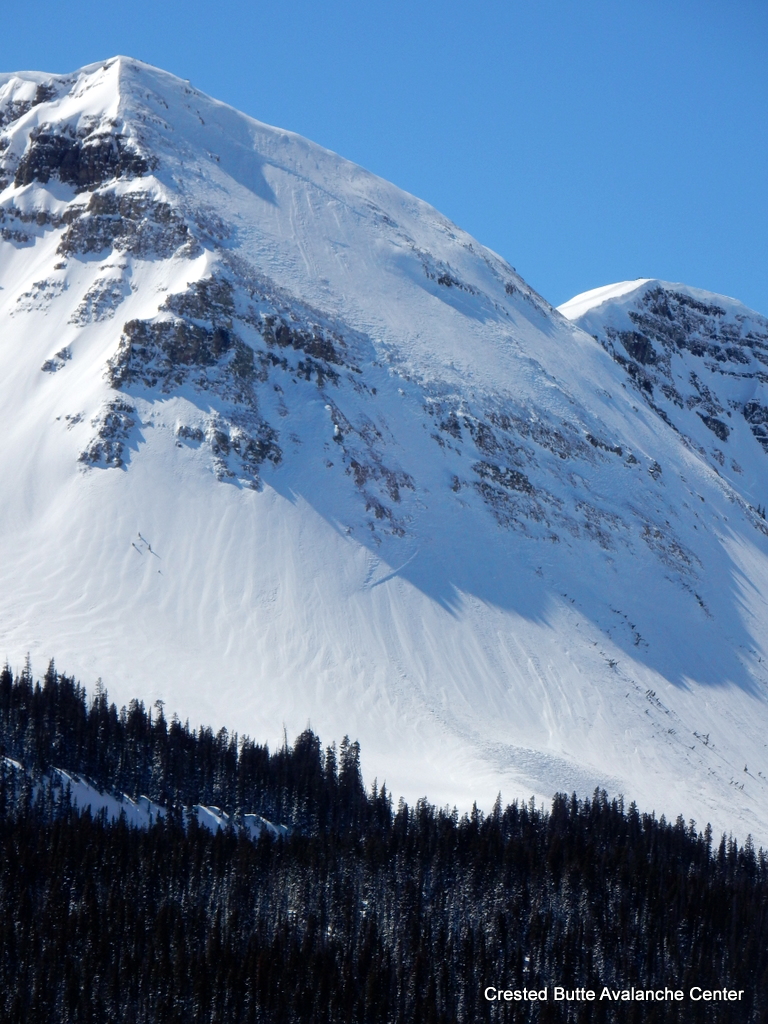 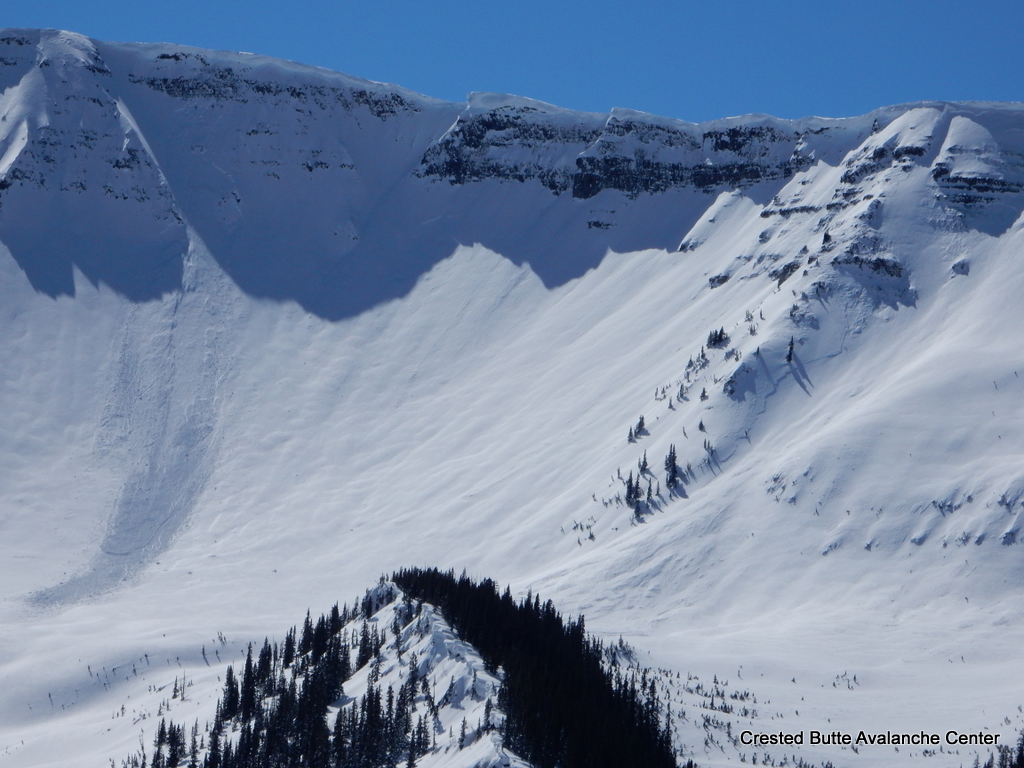