Avalanches: Widespread persistent slab activity from the Friday night to Saturday night cycle. Fairly decent D1.5 to D2 cycle below treeline, mostly on the eastern quadrant. The most widespread activity was on the northern part of the valley (Wash Gulch to Snodgrass), while the below treeline slopes near and south of town remained mostly intact, with a few exceptions. Above treeline activity spanned the whole compass, quite a bit more windward aspects this time around. I suspect that’s because this storm came with much less wind towards the latter half. Didn’t get good views of easterly aspects above treeline today because alpine visibility didn’t materialize until sunset when those aspects are in the shade. See photos for specific details of avalanches.
Weather: A few light snow flurries throughout the day. Light winds in the afternoon with some light drifting snow at times.
Snowpack: Traveled in several different areas with a generally shallow snowpack. About 10″ to 12″ of settled storm snow. Triggered numerous rumbling collapses and shooting cracks breaking on basal weak layers about 2 to 2.5 feet deep. 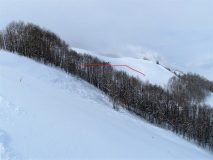 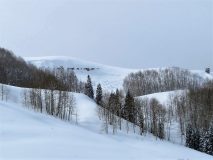 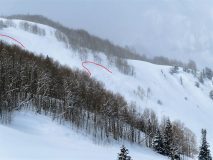 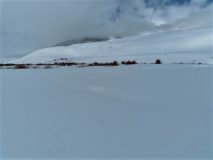 Rumbling collapse and shooting cracks in the flats of East River 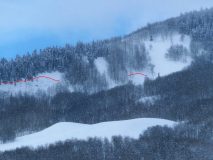 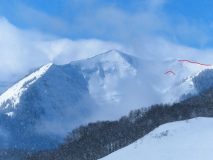 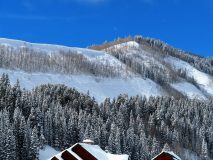 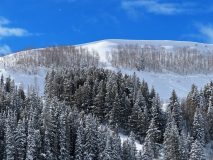 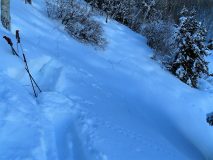 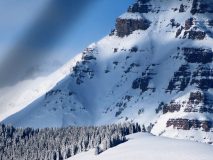 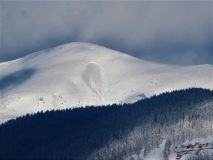 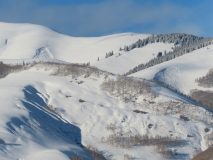 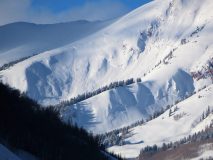 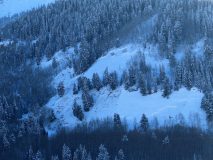 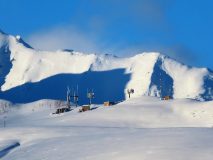 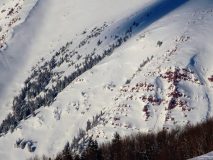