Weather: Southwest to West winds peaked with some intense loading and high snowfall rates this morning as the shortwave was moving out. That loading period lead to several natural avalanches in other observations. By noon the sky cover had started to decreas. Mostly cloudy sky held for the ruby range while less cloud clover apreaded to be down valley. Winds were light were I toured but moderate loading on upper elevation ridgelines and peaks continued through the day. After the peak precip S-1 snowfall continued into the early PM hours.

Snowpack: I went hunting and didn’t find too much for concern. I did back off from climbing through one wind-loaded terrain feature but that was about it. In general, hand pits continued to identify non-persistent storm instabilities in the upper snowpack, and beyond that, those showed no signs of instability. While traveling on the NE to E to SE slopes, 8 out of 10 attempts to find a result on the 3/18 interface showed good bonding at the interface with no concern. While considering climbing through a NE wind-loaded terrain feature at 11,600ft, a quick hand pit reviled a concerning soft crust with a thin layer of weaker faceted snow below. Digging just downslope in a safer area, the same interface was found 75cm’s down. Though the weakness below the crust was not quite as pronounced. A thicker layer of grouple was about 85cm down. ECT results didn’t produce any propagating results on either of those interfaces or in the storm interfaces higher up in the snowpack.

We had to hold a fairly strong north tilt to slopes if we wanted to avoid crust that formed yesterday morning on NE. Ski pen on northerly facing slopes was about 35cm, by the time you hit ESE ski pen was only about 5cm. 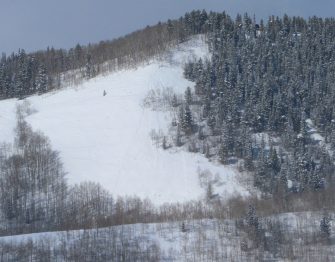 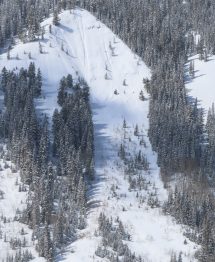 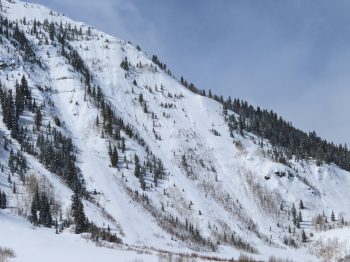 NE BTL on the edge of the Climax Chutes. Old sluffs and ski track 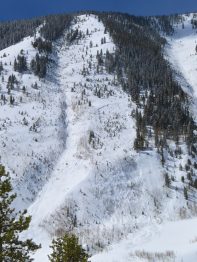 Better view of a skier triggered Storm Slab on 3/19 that stepped own on 3 separate benches into old weak snow near the ground. 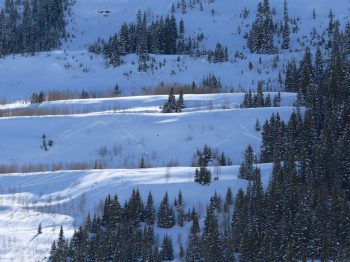 A couple skier triggered slabs in the benches below Schuylkill, reported yesterday.