Weather: Broken cloud cover with enough sun and green housing to crust up those southerly facing slopes. Saw a few snow plumes off the higher points but on this tour the winds were calm.
Snowpack: For Jesus’ birthday in 2018 he said, Evan, I give you an avalanche problem free tour. Well, thats kind of what happened. The universe told me I wasn’t allowed to skin until late afternoon. So in the afternoon we crushed up some crusty south from 9,000ish feet to 11,000ft. Here the snowpack structure sucks for the future when we get bigger load, but for now it was a non issue in this terrain that didn’t have previous wind-loading. Couple notes in pics below for more information on that. For the same elevation change on the northeast side of the compass, we got a quick decent before the sun said it was the end of Jesus’ birthday. Played it real safe on the more NTL type terrain. Some hard ski cuts just off the ridge didn’t produce jack. Those cuts would have been in the thickest part of the slab for what it’s worth. Transitioning into the more BTL type terrain, the HS decreased as did the snowpack structure. Basically soft snow over weak snow. Some sluffing in steep terrain, but didn’t see any shooting cracks as I would have expected. I guess Jesus just had our back. 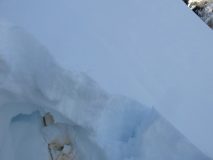 11,100ft SE, 38 degree slope. Going to need a good bit more load to collapse the stout crust around the 12/19 interface here. Some small facets above the crust to keep an eye on too. 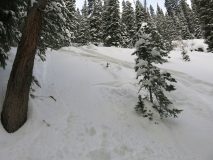 ~10,300ft Steep NE aspect. Ski tracks gouging through the snowpack with only a little sluffing. 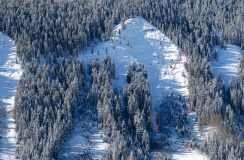 10,200ft NE aspect. Loose snow avalanches that appeared to pull out a couple of small slabs too. 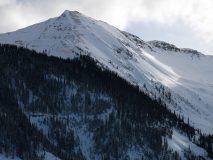