Avalanches: Numerous large natural avalanches observed around the Ruby Range that ran sometime in the past 24 hours, on various aspects near and above treeline. Unknown failure layers, crowns generally appeared to be 2 to 4 feet thick, D2 to D2.5 in size. A lot of crowns and debris piles were smoothed over by wind and snow and hard to recognize. The most impressive was a crown across Mt. Owen’s East face, at least 1500′ wide and appeared to be 8+ feet deep in places, D3 in size.   See photos.
Weather: Temps dropped through the day to 8F. Broken skies. S-1. Light winds, with a few short-lived moderate gusts.
Snowpack: Storm board: 26″ (3.85″ SWE). 1″ during the day today.
Wind transport and settling new snow has made the upper snowpack stiffer and supportive. Ski pen only ~6″ today. We primarily traveled on heavily boot packed, ski trafficked, and explosively mitigated terrain, with minimal signs of instability. In low angle areas facing S, SW that had not seen packing or explosives, we got 3 large collapses. 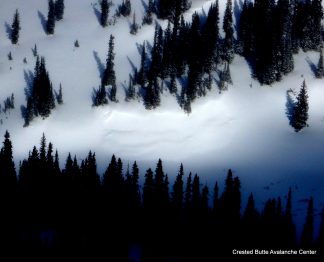 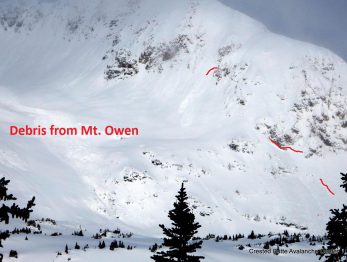 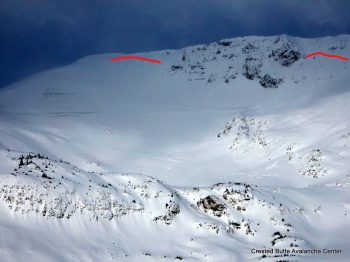 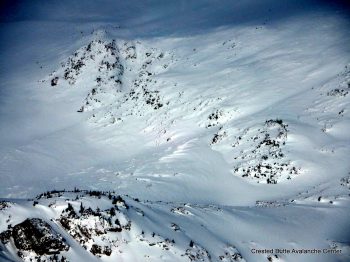 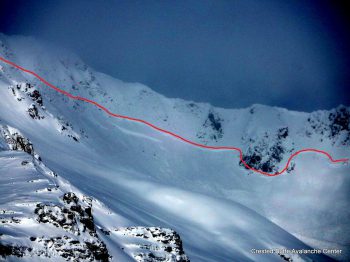 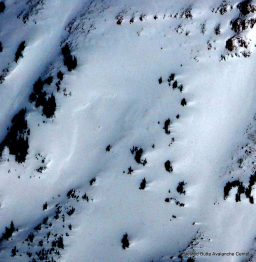 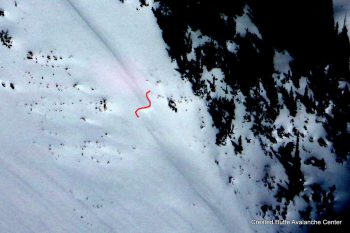