Location: Crested Butte Area
Date of Observation: 01/19/2020
Subject: Mt Emmons (Red Lady Bowl) Skier Triggered Avalanche
Aspect: South East
Elevation: 12,200ft
Avalanches: A skier triggered and was caught in a large avalanche on an alpine southeast-facing slope. They deployed their airbag, took a ride on the surface of the debris, lost a ski, and self-evacuated, uninjured.

There was too much hang-fire to visit the crown, but additional information was gathered from lower on the slope. Avalanche debris piles averaged around 1 meter deep and were near or exceeding 3 meters in the deepest pile. The ski tracks did a good job managing the visible previously wind-loaded portions of the slope. In the end, the skier found the right trigger point and released the avalanche from low on the slope.

A profile was dug about 600ft below the highest portion of the crown. The avalanche debris impacted this slope and produced cracks through the snowpit. Tests were performed just above those cracks. Test results and those shooting cracks suggested the avalanche failed below a thin and soft crust capping a weaker layer of facets. That curst generally represents a boundary between weak snow that formed during late 2019, and most of the snow that has fallen in 2020. That interface is estimated to be the same interface producing a string of recent human triggered avalanches. A strong NW wind event in early January likely helped produce a slab over the interface that failed, at this location. While the rest of the snow in January added incremental loading that wasn’t enough for a natural avalanche, but did add stress on the weak layer until the skier found the right trigger point. After initiation, the avalanche further stepped down into the weak snow near the base of the snowpack. Old ski tracks could also be seen on the bed surface. 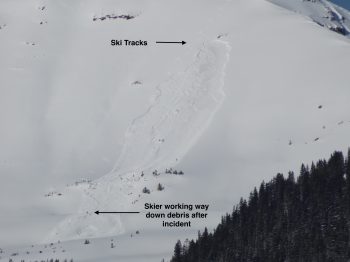 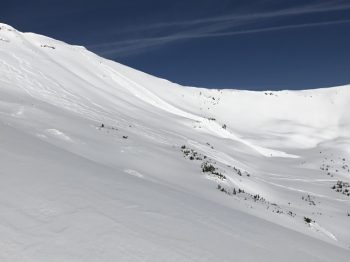 A skier triggered avalanche in the southeast-facing Red Lady Bowl, near Crested Butte. Note the skier with deployed airbag near the debris toe. 1/19/2020. Photo texted from public. 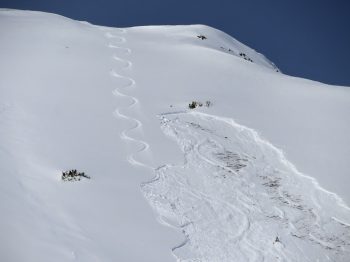 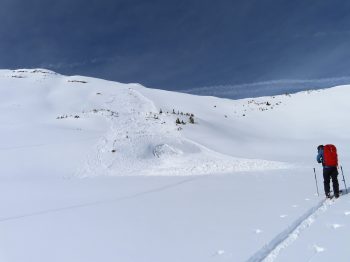 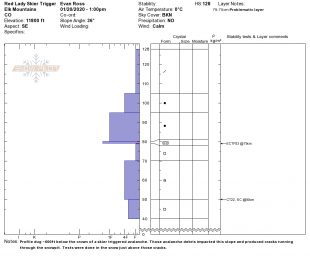 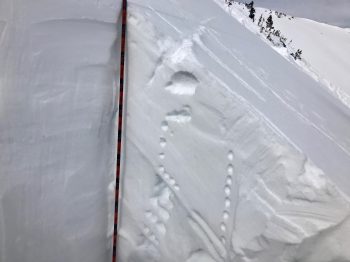 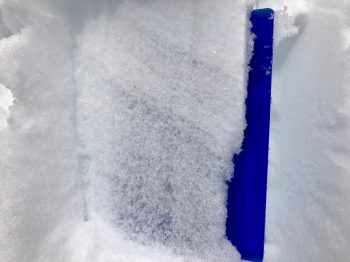 This is the estimated interface the avalanche initiated on. A soft crust with a layer of weak faceted snow below. 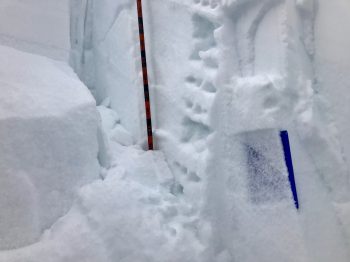 The avalanche further stepped down below this lower interface of concern. This is essentially the later December Slab failing on the older and weaker December facets.