Avalanches: This avalanche is estimated to have released on the morning of 3/22, during a period of intense wind-loading and a pulse of high precipitation rates. The subtle aspect changes along the crown varied from NE to E and the snowpack structure was notably different between those changes. The avalanche was small for the terrain (R1) and large in destructive size (D2), therefore capable of burying a person. We spend our time on the deepest section of crown. The crown in that area average 60cm and was up to 125cm tall. The avalanche failed on-top of two separate crusts. Those crusts were each 2cm thick with the upper being Pencil hard and the lower 1F hard. Where there was the most wind-loading the avalanche failed on the deeper crust, lower on the ridge where there was less wind-loading the avalanche failed on the upper crust. Both of those crusts had 1.5mm facets on top and 1 mm facets below. Those facets were not particularly weak and didn’t produce results in ECT or PST tests from two separate locations along the crown. On the more NE tilted portions of the crown, the crusts faded away, but a thin layer of small rounding facets could still be found. The slope angle near the crown averaged in the upper 30’s and rolled over steeper lower on the slope. 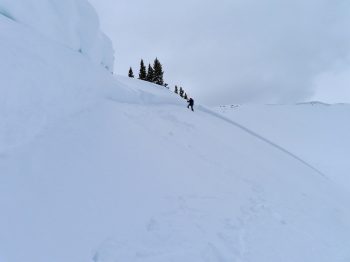 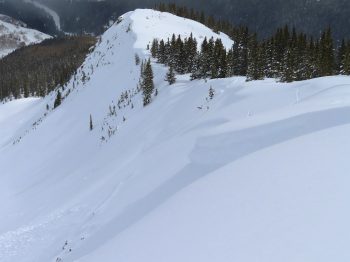 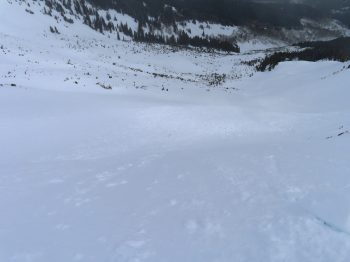 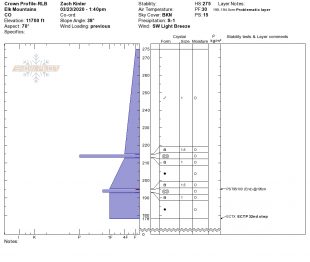 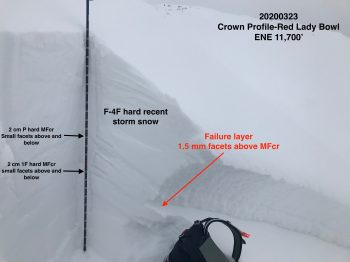