Avalanches: Triggered one 30cm slab with a cut on a 40’ish degree slope above a creek. This was a southerly facing slope, but given its low elevation in the valley bottom it was more sheltered from the sun. The weak layer was the 12/24 NSF. The same concerning weak layer also found higher in the terrain on northerly and easterly facing slopes.

Lots of potentially fresh looking avalanches. With more time looking at those, they still appear to be the old slabs from the last major natural cycle a couple weeks ago. A foot of new snow doesn’t necessarily cover up 3 foot deep crowns that well. So at times they look fresh from a distance, but then you cant find the fresh avalanche debris too. The fresh avalanches were recent windslabs to D2, and many loose dry avalanches that are now a day or a couple days old. As far as recent Persistent Slab Avalanches, it’s really hard to say. At the moment I can’t say that I saw anything substantial on that front.

Weather: Cold, check. Observed snow blowing at NTL elevations from westerly winds. Few clouds through most of the day with a thicker low cloud bank moving over the ruby range in the late afternoon.

Snowpack: Moved through a lot of terrain. Mostly in the mid-30-degree range and lower. Got on some steeper slopes but they were more “test slope” size. Touched almost all the aspects. To sum it all up briefly. Slope cuts on wind-loaded terrain NTL and BTL southerly slopes produced no results. Traveling on all the other slopes didn’t show any obvious signs of instability. The most concerning snowpack observation, was the recent snow sitting on the 12/24 NSF. The 30 to 40cm slab above was maybe to soft to produce results in the terrain I traveled? Or I couldn’t test it enough on slopes that where steep enough. Other then the one small triggered slab. 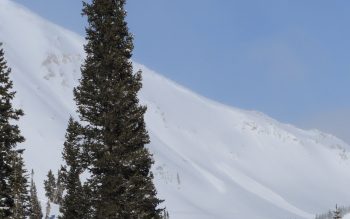 Couple Wind Slabs Off The East Face Of Cinnamon Mountain. 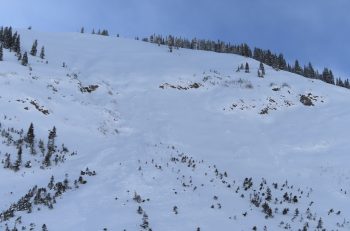 Difficult to say how old these pocket like slabs are below the Purple Ridge Out Slate River. NE, BTL. 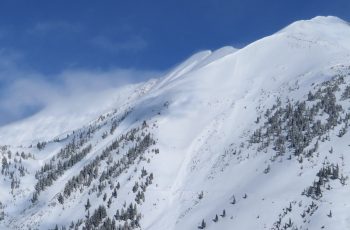 Couple Wind Slabs Of The Southwest Side of Baldy Mountain. 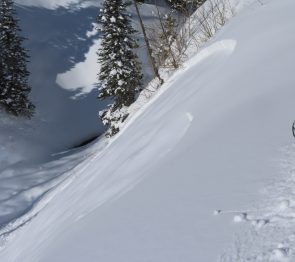 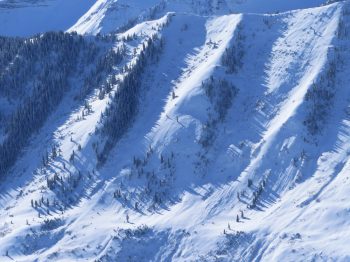 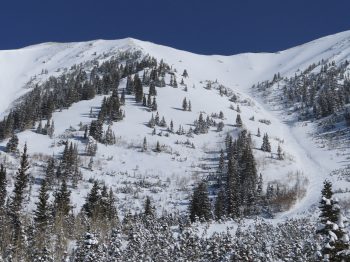 Several Wind Slabs on the west side of Gothic Mountain. Up to D2 in size.