Weather: Gusting moderate winds from the northwest were blowing snow around above treeline. A few swirling gusts at lower elevations otherwise mostly calm winds. Few clouds.
Snowpack: Couldn’t buy an avalanche, even with one of those BitCoins. Yesterday’s new snow was very soft and lacked any cohesion to form slabs. Very continental snowpack. Maybe that snow fell with such cold temperatures, then the sky cleared overnight and the 6″ HST at 11,000ft just headed down the faceting train and never got a chance to strengthen into a slab. Kind of like sprinkling some powdered sugar on top of the large-grained sugar. It’s still a surgery sandbox. This was the snowpack structure on North and Northeast facing slopes above 10,500ft up to an observed 11,500ft. Below that elevation ban, there is very little snow. The crust that was observed in this observation was only present on easterly facing slopes in this area. Southerly facing slopes in the area were just a little new snow on the ground.

At ridgeline, most of the recent new snow had already been transported. This snow had been loaded onto easterly facing slopes right at ridgeline, and further downslope on cross-loaded terrain features. Drifts up to 2 feet deep could be found, but were very narrow and didn’t extend downslope very far. These drifts were also fist hard and didn’t want to budge on the old snow surface. Probably due to lack of cohesion or just small square footage size. Northeasterly and north facing slopes were blown back to the old snow surface. Cross-loaded terrain features on these north to northeast facing slopes would maybe be more reactive then what I observed?

In the end, went searching for an avalanche problem in some of the most suspect areas and couldn’t find one. Windslabs would have been the only terrain management, but didn’t find any that were reactive. When will more widespread slabs form is the big question.

Protected NNE facing slope at 10,800ft. The new snow may look more white, but it was still just sugar on sugar. When ever that new snow forms a slab it will be ugly, but it hasn’t happened yet. 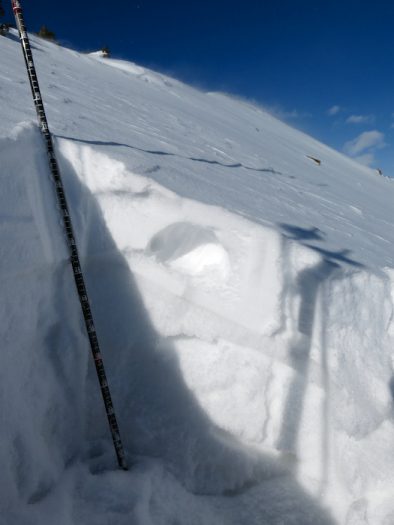 Windslab? They were all so soft on easterly facing terrain and not showing any sings of bugging on the old snow surface. Weak layers below but not nearly enough weight to collapse them. Right near rigeline these drifts were up to 2 feet deep. Most of the new snow in the alpine was already blown around by the winds. 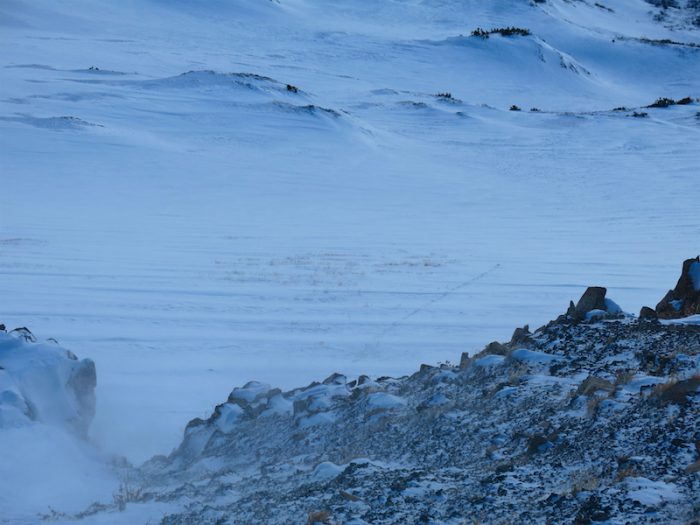 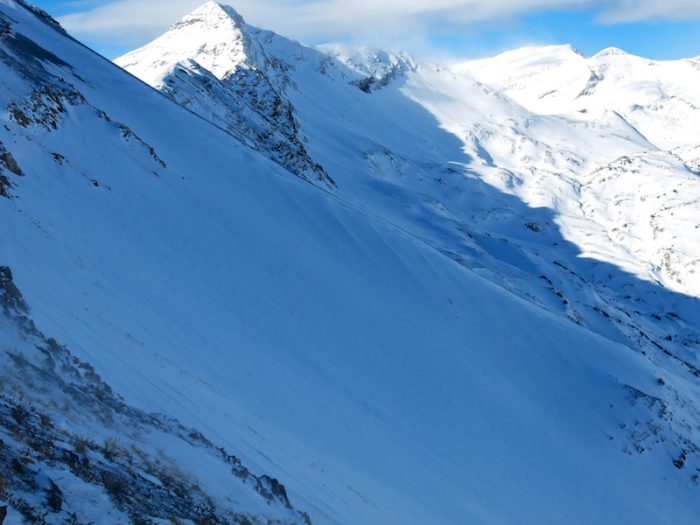 Cross-loaded terrain features on north and northeast facing terrain may have been more suspect. These very soft slabs would have been managed like windslab characteristics. 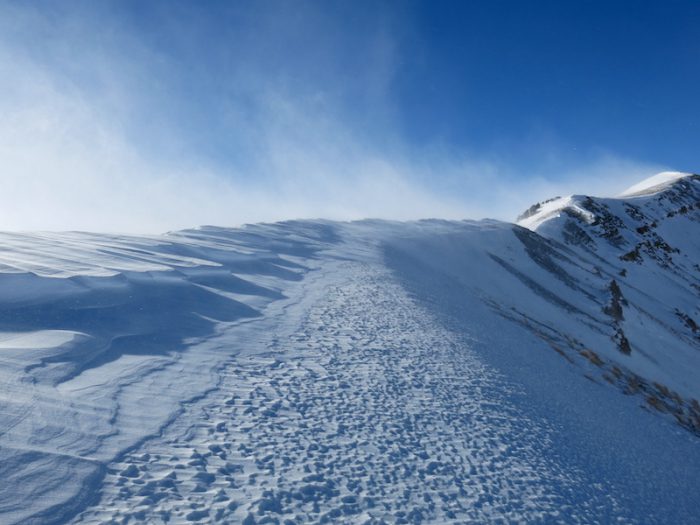 Most of the new snow had already been transported above treeline. 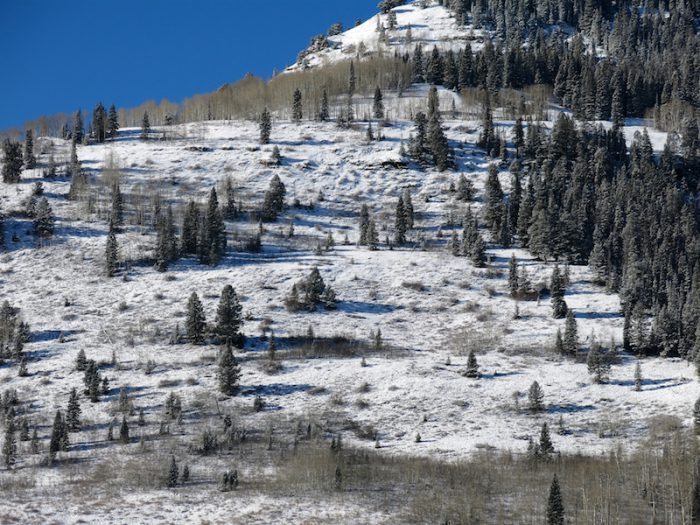 Example of easterly aspect below 10,200ft. This thin snowpack coverage didn’t change between the Crested Butte Area or the Paradise divide Area. Northeasterly facing slops didn’t have much more coverage. 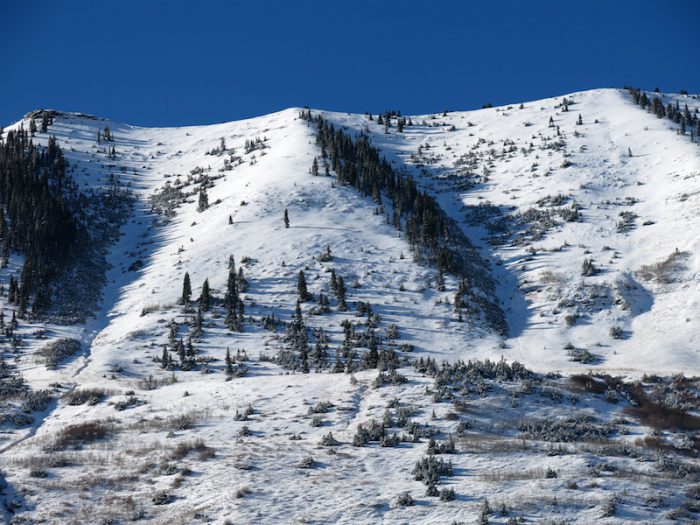