Avalanches: 1 natural slab avalanche released around 2pm on a cross loaded southwest terrain feature, WS-N-R2-D2-U. Observed another wind slab avalanche on a SE terrain feature near tree line at about 11,300ft. R1-D1.5 that may have released naturally in the afternoon for been remote triggered around the same time, by a snowmobile track a few hundred feet away.

Observed nummeres other slab avalanches in the Ruby Range and north the to the Maroon Bells Wilderness, mostly on southeast to east to northeast facing wind loaded slopes. These were generally in the R2-D2 range and would have failed during the tail in of our recent storm or today. Some of these avalanches were repeat offenders, avalanching on the same slopes that avalanche during the Christmas cycle.
Weather: Partly Cloudy Sky and strong enough sun to moisten snow surfaces on southerly slopes protected from wind. West to southwest winds direction in our area was drifting snow throughout the day onto lee terrain features. Snow plumes could also be seen in the Anthracite Range, Ruby Rang, Crested Butte Area and bordering Maroon Bells Wilderness throughout the day.
Snowpack: 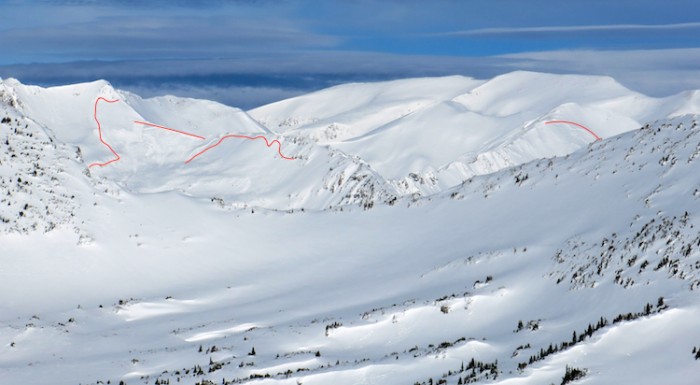 One very large slab, estimated as R3-D2.5 and another smaller slab on the right of the photo. Both in the Ruby Range above the upper OB Joyful drainage.

Blowing snow throughout the day, all the way north to the bordering Maroon Bells Wilderness 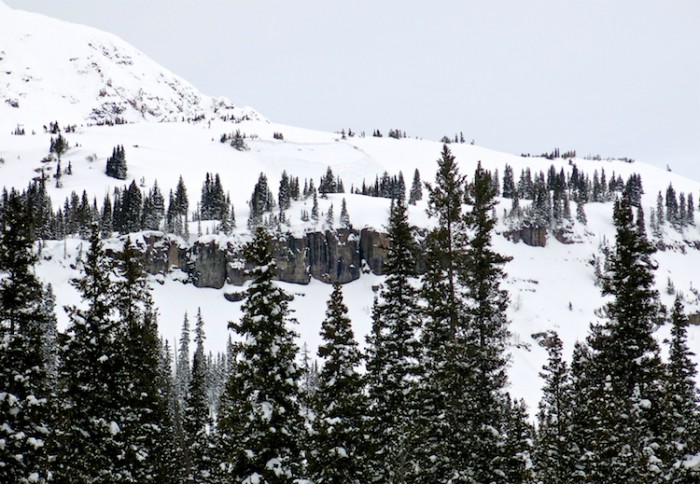 R1-D1 wind slab that released naturally on 1/18 or was remote triggered by a snowmobile track a few hundred feet away. 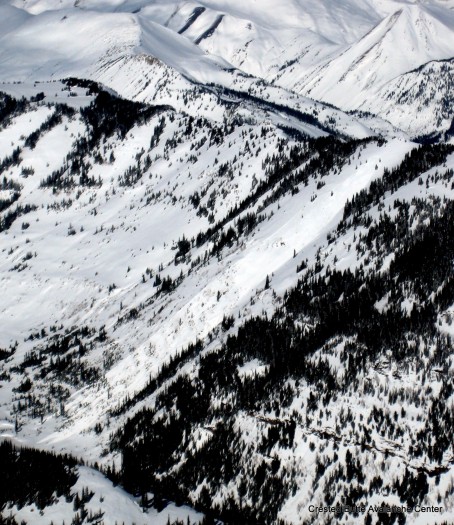