Avalanches: Human triggered two Persistent Slab Avalanches, failing on facets near the middle of the snowpack, on easterly to northeasterly aspects. Both of the slopes that these small avalanches failed on, had avalanched previously this winter and are now just starting to build soft slabs again above the weak layer. 2xSS-AM-R1-D1-O.

Weather: Mostly Cloudy to Obscured. An orographic cloud kept moving in and out, while areas closer to Crested Butte looked to have fewer clouds. Calm Winds. Mostly S-1.

Snowpack: No obvious signs to instability through most of the terrain traveled. The exception was on slopes with a well below average total snowpack height and a considerably weaker snowpack. I’d estimate that these slopes previously avalanched around Mid-December, leaving them shallow and further weakening through the Mid-December dry spell. The soft slab above consisted of the late December and/or January snow. Recent storm totals were around 7-8″ in this area. 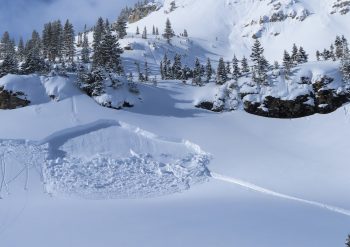 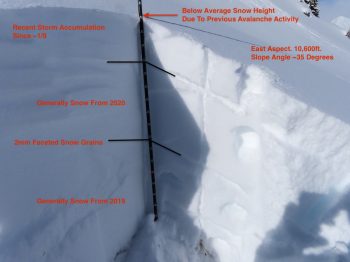 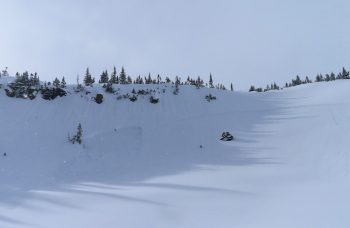 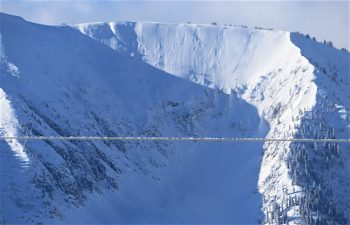