Avalanches: Nothing significant, but a good number of generally small natural avalanches. Plenty of loose snow, and also soft slab avalanches to be seen. All the soft slab avalanches were at near or above treeline elevations in open terrain. These all appeared to break at the old snow interface or within the recent storm snow. No slabs were observed in sheltered terrain.

Weather: Few clouds through most of the day. While driving to the Kebler trailhead, big snow plumes could be seen off Mt Emmons. After getting up into the Kebler Pass area the wind had calmed. Lite drifting could be seen in the Ruby Range during the day. In the late afternoon, the orographic clouds finally moved over the Ruby Range bringing S1 snowfall and increased winds from the northwest.

Snowpack: High-quality new snow. Cold, not quite blower, but very light and very good. Storm totals around 12″. No slab avalanche issues were found in the new snow on protected or wind-sheltered slopes. Moving through wind-loaded slopes at NTL elevations, drifts were around 2 feet thick, but still had little slab to them. We were able to ski cut a few narrow and very soft wind slabs in the terrain. However, this wasn’t a significant problem or really much of a problem at all. Moving into the alpine, similar conditions were observed, but travel into wind-loaded terrain was both limited and avoided.

The sun was warming the new snow on the lower elevation southerly facing slopes during the day, before the clouds moved in during the late afternoon. Helping settlement, but not enough to create a crust at the surface on these slopes. 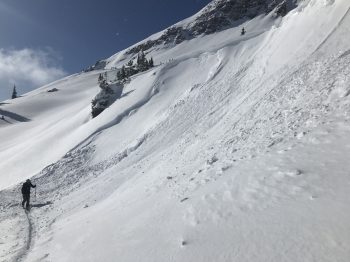 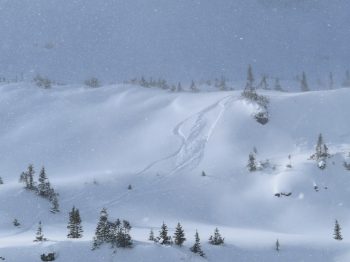 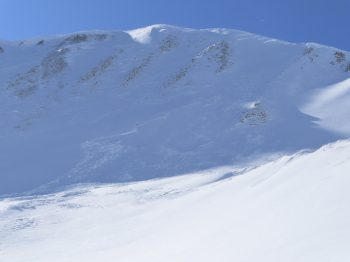 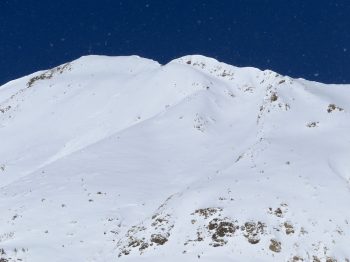 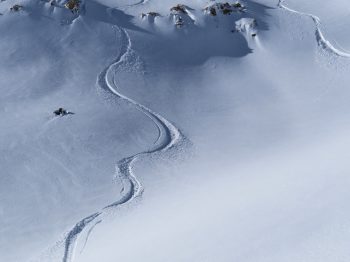 Faint lines can be seen of a very small wind slab that slumped, but didn’t move. East Aspect, 11,500ft. 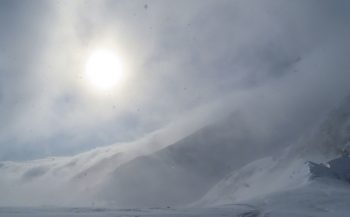 The orographic cloud bank beginning to engulf the Ruby Range in the late afternoon.