Avalanches: No recent avalanches or signs of instability en route to Friends Hut. It looked like only 2 of the big SE/E facing paths above Brush Creek on Timbered Hill ran naturally during 2/1 cycle, D2 in size. Never got good views of the alpine above Friends Hut.
Weather: 2/21. Warm, few clouds.
2/22. Overcast skies cleared to scattered. S-1 to S1 in the a.m., with less than an inch of accumulation. Moderate NW winds with moderate transport at times.
Snowpack: (See video). HS at Friends Hut is ~150cm. On the approach on Sunday afternoon, steep southerly BTL slopes were completely saturated and unsupportive (or melted out to dirt), but appear to have matured beyond wet loose or wet slab concerns. Overhanging slopes above Death Pass had minimal and patchy snow coverage. Dust event reached out to Upper East Brush as well, but not as bad as near town. Snow profile on a low angle, sheltered, northwest aspect near treeline showed a stubborn PS structure, with propagating test results after additional loading steps beyond standard ECT. See profile. I would expect starting zones on similar aspects to hold a widely varying structure due to our previous avalanche cycles and/or wind events. 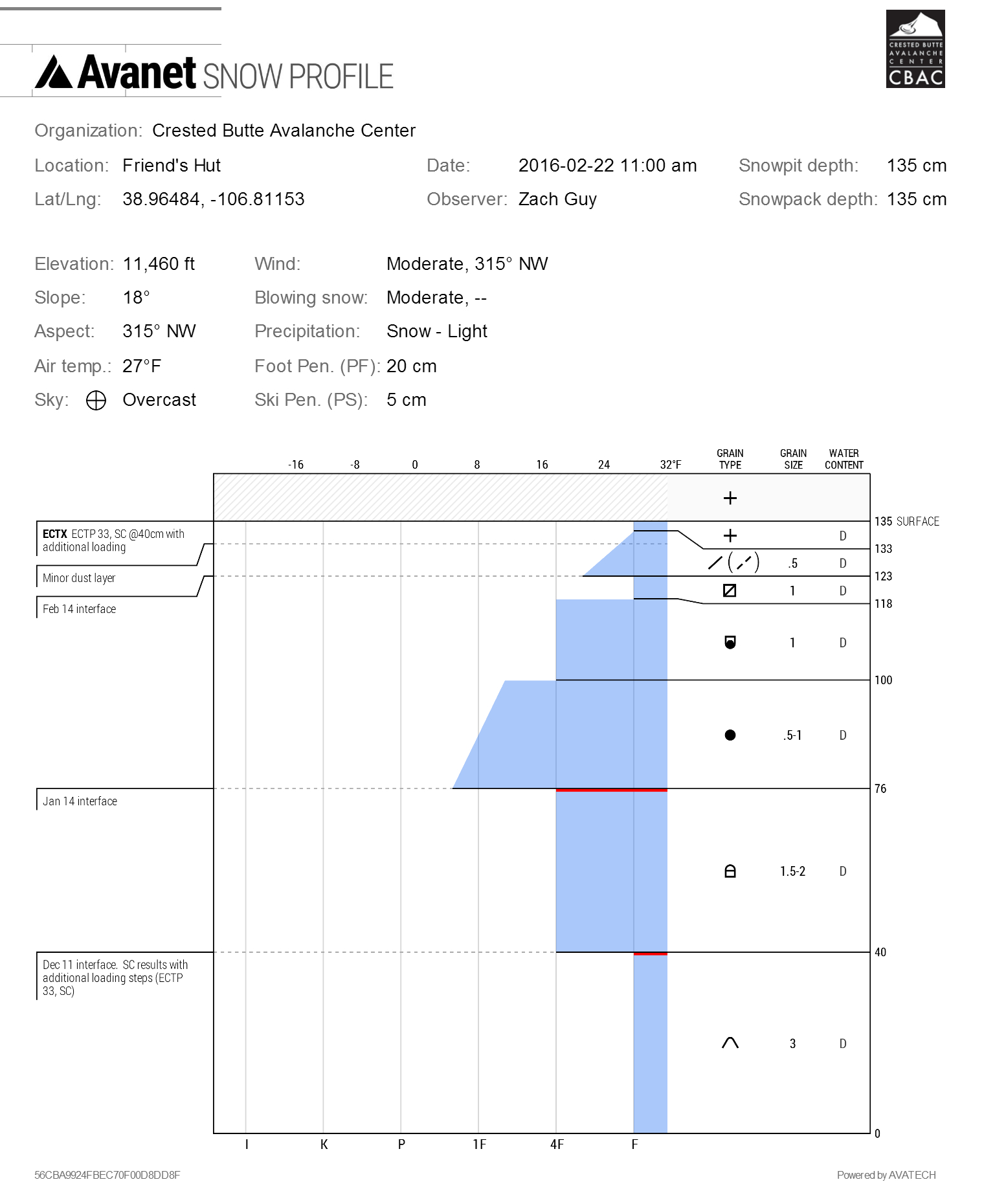 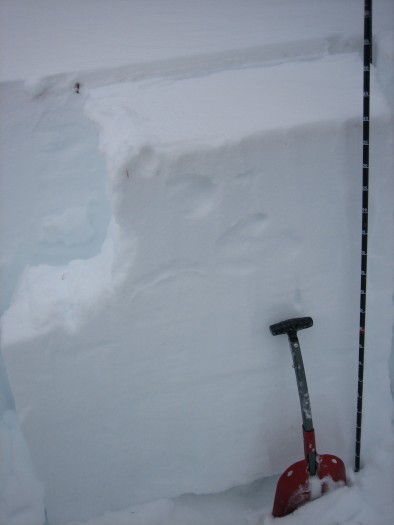